Are Robotics a Key to the Next Phase of Recycling? 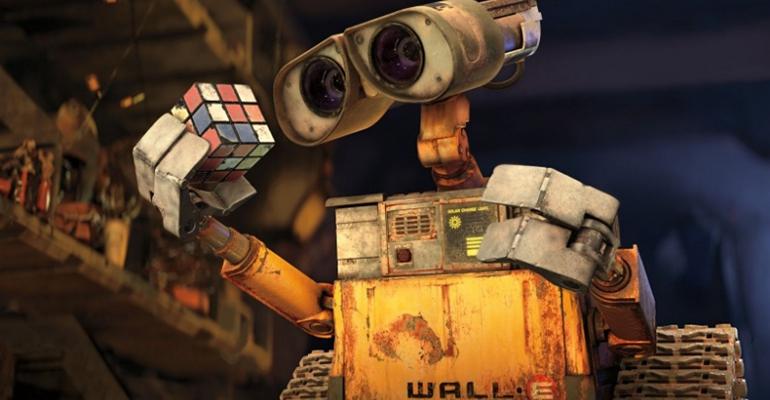 Could robotic sorters replace optical sorters as a must-have technology in tomorrow's MRFs?

About 10 years ago, computer scientist Matanya Horowitz became intrigued at how far robotics had come within some industries and he started thinking about its potential in recycling, particularly for recognizing and sorting materials. Horowitz postulated that intelligent systems could have a huge impact if they could be designed to identify any material in a waste stream and pull it out.

But there were unique challenges to address within the recycling niche, and Horowitz went to work to troubleshoot them. After years of tweaking, the proprietary technology he created under the Denver-based company, AMP Robotics, is running in several material recovery facilities (MRFs). The robotic system, called the AMP Cortex Robotic Sorter, has the attention of several stakeholders, including the Closed Loop Foundation and a federal government agency.

Horowitz says the automated system cuts sorting costs by 50 percent. But the smart technology’s main sell is that not only does it recognize any material coming into a MRF today, it shows potential to be able to identify virtually any item it has yet to encounter.

Early on, a main problem in developing automated sorting was that there was no vision system that could “look into” the waste stream and identify multiple, specific materials or their location on a conveyor belt.

AMP’s robot can detect unseparated materials and it can be installed on existing conveyor belts while.

And while most individual optical sorters can identify one material, one of AMP’s robot can pick multiple materials. In essence, the system detects a material’s location on the conveyor belt; the robot moves to intercept it, it’s then picked using grippers.

AMP’s robotic sorter leverages a concept from the field of robotics called deep learning, which relies on algorithms to automatically perform various tasks, such as identifying examples of various materials.

“We have applied this deep learning’ concept to recycling. You show the system individual examples, and it has the ability to learn what is unique about them,” Horowitz says. “For instance, PET is shiny, and we can program the system to look for shininess.  It can ‘learn’ to pick up on labels or cap colors. And it can figure out different combinations of features—for instance shapes and the specific shininess of aluminum.”

The AMP team started its lab-based research early in 2015 with a National Science Foundation grant. The company has since completed projects in several recycling facilities under confidential agreements.

The Closed Loop Foundation has gotten behind AMP’s efforts to lead innovation in the recycling space. It has awarded the company a grant and also invested in the technology through its venture fund.

Once the product moved from the lab and was put to the test in MRFs there were hurdles to overcome. A big one was improving the ability to grip a wide variety of materials, which is still being fine-tuned. So far the system can handle multiple items in municipal solid waste streams, as well as e-waste and construction and demolition waste.

“We have seen the technology work in the real-world conditions of a recycling facility,” says Horowitz.

AMP’s robotic system has been designed to recognize multiple materials and their features and to continually learn, which opens up potential opportunity to receive a whole spectrum of end of life products and materials, says Horowitz.

“So, for instance, if a new piece of packaging comes down, our system may not recognize it at first, but once we learn what it does not recognize, we add that material or the material’s feature to the learning algorithms,” he says. “What’s as exciting is that what will work at one facility can be applied to other facilities.”

AMP Robotics is in active negotiations with a few MRFs interested in the technology, and hopes to roll its innovation to market in 2017.

The firm is not the only robotics solution on the market.

Finland-based ZenRobotics was founded in 2007. Its systems incorporate robotic sorters with sensors and arms for specific applications, such as construction and demoliton waste.

The ZenRobotics Recycler reclaims aw materials from waste with the help of advanced machine learning technology, sorting metal, wood and stone fractions. ZenRobotics Recycler uses multiple sensors (visible spectrum cameras, NIR, 3D laser scanners, haptic sensors, etc). to create a real-time analysis of the waste stream being currently processed. Based on the analysis, the system makes autonomous decisions on what objects to pick and how.

The ZenRobotics Recycler can separate large and heavy objects of up to 45 pounds. The robot’s gripper opens from ¾” to 20”. Each robot arm has a 6.5-ft. by 6.5-ft. working area and can throw sorted objects into several waste chutes.

In 2016, ZenRobotics and ML Environmental LLC partnered to bring the ZenRobotics Recycler to the U.S. The technology was then introduced at WasteExpo in June.

In November, Recon Services Inc./973 Materials, announced it would  be the first facility in the U.S. to install a ZenRobotics sorting line. It would be put in place at a C&D recycling facility.

Then there are tasks beyond sorting, such as disassembling iPhones, that are under exploration.

Meanwhile, Volvo Group is testing a Robot-based Autonomous Refuse handling (ROAR) system that would deploy robots as part of collections efforts. Instead of a team of human workers, Volvo’s robots will receive instructions from operating systems to do the heavy lifting and dumping. Drivers stay put, overseeing the controls.