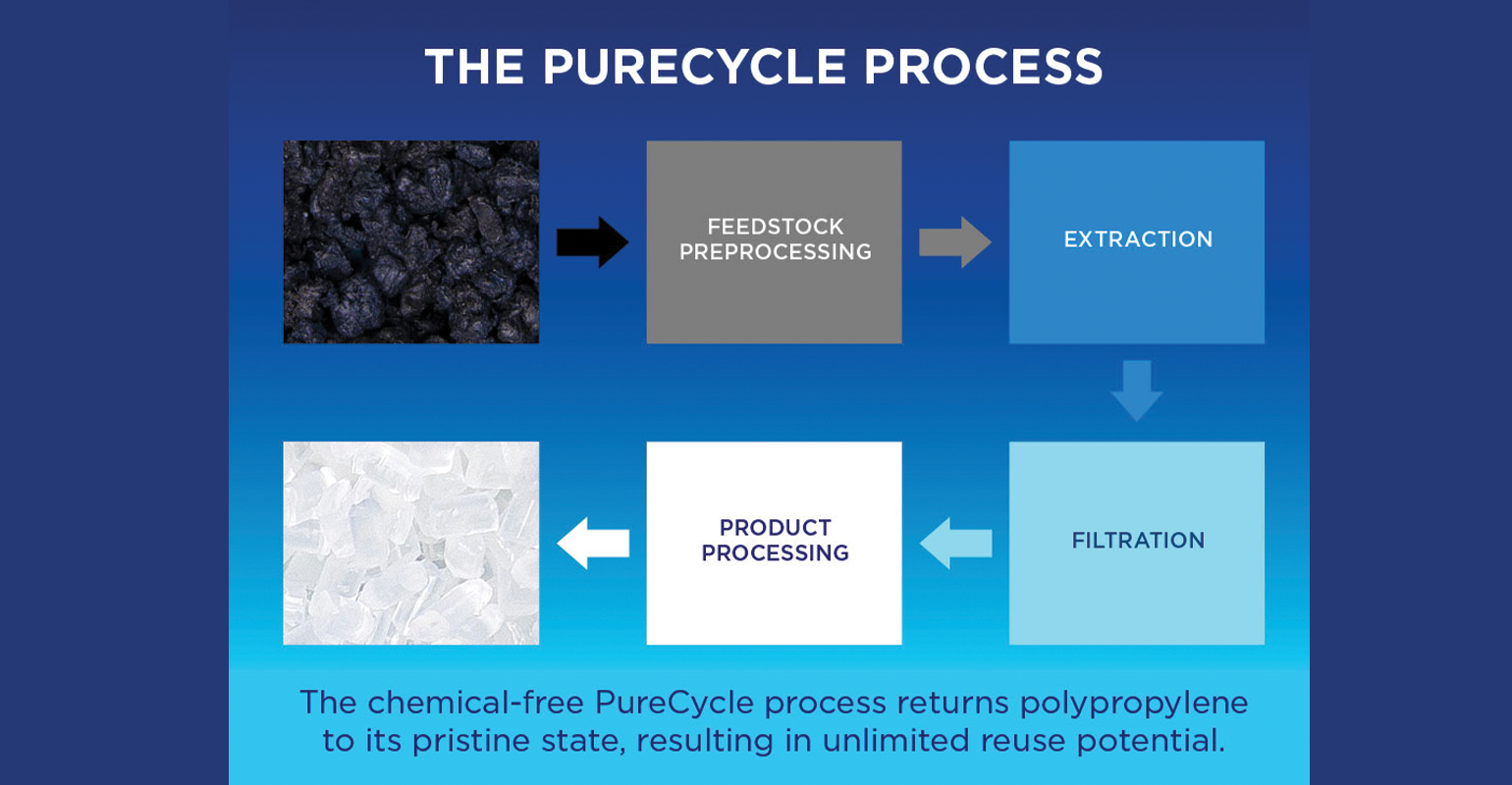 ORLANDO, Fla.-- PureCycle Technologies, Inc. (NASDAQ: PCT) announced that it has completed its previously announced business combination with Roth CH Acquisition I Co. (NASDAQ: ROCH) ("Roth CH"). The business combination was approved by Roth CH's stockholders at a special meeting held on March 16, 2021. Upon completion of the business combination, the combined company changed its name to PureCycle Technologies, Inc., (dba "PureCycle") and its common stock, is expected to begin trading on the Nasdaq Stock Market under the ticker symbol "PCT" commencing March 18, 2021. The Company's units and warrants will trade under the symbols "PCTTU" and "PCTTW," respectively.

"The consummation of this transaction represents yet another major milestone for PureCycle, demonstrating broad market validation of our value proposition," said PureCycle Chairman and CEO Mike Otworth. "Most importantly, we now have the increased capital market access to support the accelerated scaling required to revolutionize the transformation of waste polypropylene into sustainable products."

Purecycle, an Innventure company, uses proprietary technology licensed from Procter & Gamble to recycle waste polypropylene (PP) into virgin-like recycled PP for myriad applications. The company is the intersection of an enabling technology meeting a compelling global need: only approximately 1% of the 170 billion pounds of polypropylene consumed last year was recycled as compared to almost 20% for polyethylene terephthalate (PET), according to the American Chemistry Council.

"We are incredibly excited to complete our business combination with PureCycle," said Byron Roth, chairman and CEO of Roth CH. "PureCycle's revolutionary and proprietary technology to recycle waste polypropylene into virgin-like resin is not only transformative, but also beneficial to our planet. We are confident that PureCycle has the resources to deliver substantial value for all stakeholders."

"Over the last three months, PureCycle has further developed its financial and manufacturing capabilities," Otworth continued. "This is now an execution game for PureCycle. It's incumbent on us to pull forward the best, most knowledgeable leaders to ensure that we realize the full potential of this technology. In addition to the rapid expansion of our world-class executive team, I am quite pleased with the addition of Fernando Musa, Tim Glockner and Jeffrey Fieler to our board to further enhance our growth, bringing additional finance and manufacturing expertise."

Michael Dee, PureCycle's chief financial officer, noted that over the last year PureCycle has raised over $730 million in a variety of sources and from an "extraordinary group of highly sophisticated investors" who share the PureCycle vision, in a variety of financial transactions. This capital will be mostly dedicated to PureCycle's expansion and corporate development in the coming year and provides a solid financial footing for the future of this revolution in the ability to recycle polypropylene.

Board of Directors
PureCycle has further strengthened the composition of the board by bringing in industry leaders in finance (Tanya Burnell and Jeffrey Fieler) and operations (Fernando Musa and Tim Glockner). The PureCycle board is composed of seven members, including Mike Otworth, John Scott, Rick Brenner, Tanya Burnell, Tim Glockner, Fernando Musa and Jeffrey Fieler.