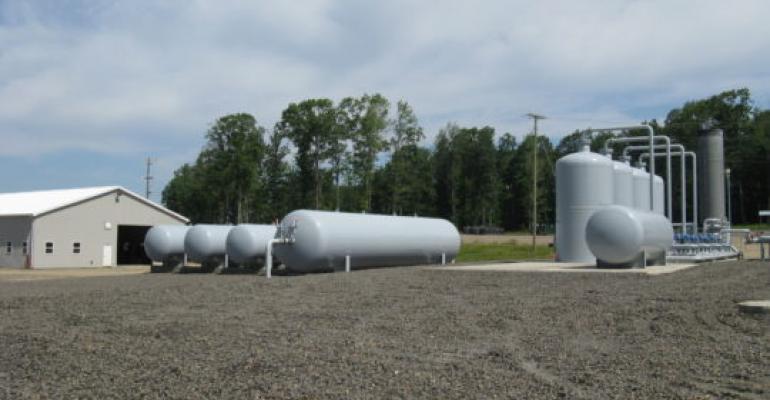 The acquisition expands Fortistar’s strategy to produce, distribute and supply RNG as a transportation fuel across the U.S.

Located in Western Pennsylvania, the two facilities have the capacity to produce 1.5 million dekatherms of RNG per year—enough to power 1,117 natural gas trucks and displace 12 million gasoline gallon equivalents (GGE) of diesel fuel. Fueling trucks with Fortistar’s RNG will reduce 107,485 metric tons of CO2 per year—equivalent to planting more than 2.7 million trees each year, according to Fortistar.

RNG extracted from landfills is carbon-neutral and chemically identical to natural gas, allowing it to be to be used as a transportation fuel in natural gas vehicles and trucks. The growth in America’s natural gas fueling infrastructure spurred on by companies such as TruStar Energy, an affiliate of Fortistar, has paved the way for a commercially viable RNG industry.

“The acquisition of these two landfill gas projects is another milepost in our plan to sustainably expand and decarbonize America’s transportation fuel supply,” said Mark Comora, CEO of Fortistar and chairman of TruStar Energy, in a statement. “We are closing the RNG supply loop as a uniquely vertically integrated company, extracting it from landfills and moving it into renewable natural gas vehicles and trucks.”

“By converting organic waste into renewable natural gas for productive end use, these RNG facilities will be beneficial to local communities, the transportation industry and the environment,” said Brian O'Connor, partner of Infrastructure and Power at Ares, in a statement. “This transaction is consistent with the Ares Infrastructure and Power team’s strategy of targeting new, environmentally compliant assets and creating value for our investors through our hands-on operations expertise within the power generation, transmission and midstream sectors.”

This acquisition is the next step in Fortistar’s RNG development program the company announced a year ago. Fortistar and TruStar Energy executives will attend WasteExpo 2019 in Las Vegas, May 6-9.