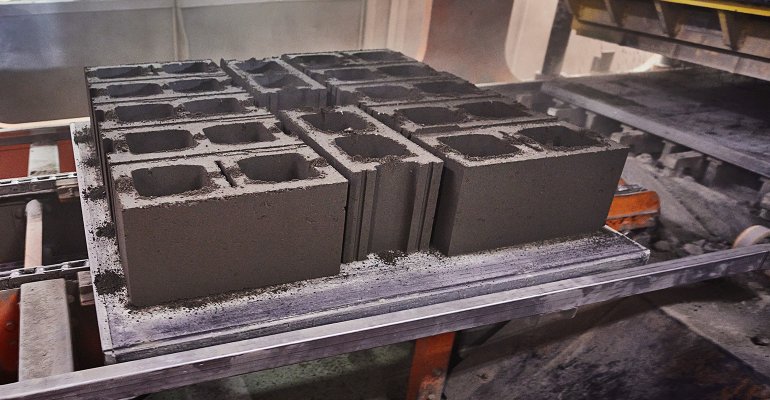 Concrete is the most manufactured material in the world, with Portland cement, which binds it, accounting for about 8% of global carbon dioxide (CO2) emissions. For perspective, cement makers in China alone (highest producer by country) spewed out 858 million metric tons of CO2 in 2020, according to market data company Statista. As governments set carbon reduction goals, and as the green building industry booms, the hunt is on for sustainable technologies to clean up the roughly .65 to .95 tons of CO2 emitted per ton of cement.

Concrete is the most manufactured material in the world, with Portland cement, which binds it, accounting for about 8% of global carbon dioxide (CO2) emissions. For perspective, cement makers in China alone (highest producer by country) spewed out 858 million metric tons of CO2 in 2020, according to market data company Statista.

As governments set carbon reduction goals, and as the green building industry booms, the hunt is on for sustainable technologies to clean up the roughly .65 to .95 tons of CO2 emitted per ton of cement. Carbon capture and storage technologies will be key to making headway, attests the International Energy Agency, an organization that vets sustainable energy policies.

Carbon removal technology company CarbiCrete is among the few who seems to be on course. It’s found a way to make cement-free concrete, while trapping CO2 inside it.  It’s running a commercial-stage pilot, backed by the government of Canada and Quebec, at concrete manufacturer Patio Drummond’s plant.

The pilot, now in process, will in its final stage produce 450 tons of concrete per day (25,000 blocks), which will capture about 20 tons of CO2, according to Mehrdad Mahoutian, chief technology officer and co-founder of CarbiCrete.

A key feature is the capture and sequestration of CO2 using steel slag, a by-product of steel manufacturing.

“We get steel slag from manufacturers, grind it, and mix it with aggregate and water to make concrete. But it’s weak without cement,” Mahoutian says.

He addresses the strength problem by leveraging an alternative to heat in order to create a bond between materials to fortify the concrete.  It’s done through a chemical reaction between slag and CO2 to form calcium carbonates, which act as the binder and give the concrete its strength.

How it works is the mixture of steel slag and other materials are poured into a machine where the concrete masonry units are formed. They are placed in an absorption chamber, where the CO2 is injected into the fresh concrete

“We are basically curing material with CO2 so it reacts in the presence of water, and the concrete gains strength. At the same time, we capture [and permanently sequester] CO2, avoid landfilling, and use less natural resources.”

The product performs as well as cement-based concrete (in some scenarios better) based on CarbiCrete’s internal trials and third-party testing.

Test results show, compared to conventional cement, the product has the same water absorption properties but better compressive strength (up to 30% more), indicating resistance to cracking and breaking under force. And it has better strength against freezing and thawing.

It will work for masonry units, retaining walls, sidewalks, paving yards, or as replacement in other precast concrete products used in construction.

And its potentially cheaper than conventional alternatives. Material costs are 10 to 20% lower because product is made with trash or byproduct, avoiding a roughly $200 a ton expense for cement.

The plan is to convert all dry cast concrete production within three years to the CarbiCrete technology. When the full switch happens, the company figures it will reduce more than 15,000 tons of cement, says Philippe Girardin, director of Innovation, Patio Drummond.

CarbiCrete first got his attention four years ago.

“Mehrdad and [co-founder] Chris [Stern] came to see us with one block they were able to make in their lab. They asked us if we could help them mass produce this technology. We came on board right away. We liked the challenge, the impact it will have on the environment,” says Girardin, who is currently fine-tuning production methods with longer-range plans to operate a $30M plant.

His optimistic projection is that the entire industry will be using cement-free production methods in a few years.

As the green building materials market surges (worth about $190 billion, with a projected CAGR of over 8.8% from 2022 to 2027), Girardin and Mahoutian anticipate the technology will appeal to Leadership in Energy and Environmental Design (LEED) contractors.

“They can benefit from LEED points. And then there are carbon credits that the manufacturer and we can potentially benefit from,” Mahoutian says.

Other carbon capture and sequestration innovations have been emerging  in cement production, though slowly.  A few that stand out are a commercial-scale facility in Texas, which was reportedly capturing 15% of emissions in 2020 using chemical absorption. A few other projects have launched over the years reporting higher capture rates, including a large demo plant in China. And a commercial-scale plant is slated to launch in Norway reportedly aiming for higher targets yet.

An even earlier concept being explored is electrifying cement production, which would use low-emissions electricity and should facilitate the capture of CO2 emissions.

As CarbiCrete advances its model, plans are to license the technology to concrete manufacturers and train them. They will have to make adjustments in their plants as well as learn how to use the chamber to make concrete.

Later, Mahoutian says, CarbiCrete will move on to other regions and is now in “active discussions” with manufacturers in the U.S. and other countries.

“We will also make more products. Our focus now is on precast concrete.  That’s about 30 to 35% of concrete markets. But maybe later we will look at other markets and projects for the long term.”

For now, he and co-founder Stern believe they are in a good place and have their work cut out for them.

“The government of Canada and Quebec financially support the pilot. We promised we can help reduce the CO2 footprint in Canada to support their goal of net-zero emissions by 2050,” Mahoutian says.