Some hospitals and pharmacies have made big investments to take back substances that didn’t even originate within their system.

With the opioid epidemic and a forthcoming U.S. Environmental Protection Agency (EPA) rule around hazardous waste pharmaceuticals, pharmaceutical waste management has become a front-and-center issue for hospitals and pharmacies.

They must comply with rigorous, sometimes confusing, and varied sets of laws, among caveats. Many contract with specialized solid waste management companies to handle controlled substances in their custody that they can’t use. A few providers have made big investments to take back what didn’t even originate within their system.

If a controlled substance becomes outdated in a hospital pharmacy, it must be shipped to a reverse distributor who follows a formal, mandated transfer process. But once it’s dispensed to patients on nursing units and there are leftovers, providers have a degree of leeway in how they manage wastage.

If controlled substances are left over after dispensing and are defined by EPA as a hazardous waste, there is no reverse distributor involved. But they must go to an EPA-permitted hazardous waste facility for incineration, explains Charlotte A. Smith, senior regulatory advisor for PharmEcology Services, Waste Management Sustainability Services, a business unit of Waste Management. 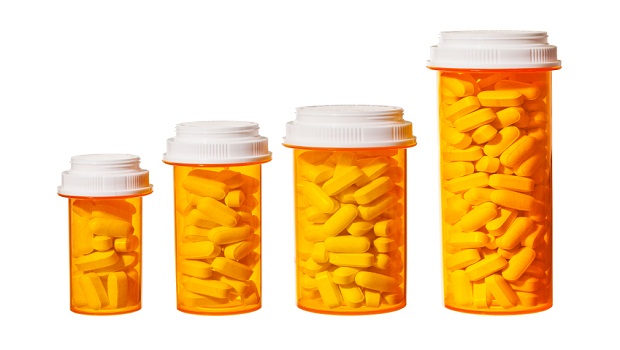 HealthPartners, a healthcare system in Minnesota and Wisconsin, works with a reverse distributor both to manage unusable pharmacy inventory and what it receives in its medication takeback program, with the latter being somewhat tricky.

“Several federal, state and county laws apply to our medication takeback program and are somewhat confusing. Additionally, there are different regulations in the two states where we operate. So, it took us about six months to figure out what we could and couldn’t do,” says Dana Slade, director of sustainability programs for HealthPartners.

Medication for disposal, including controlled substances, goes in locked steel boxes at kiosks that are shipped once they reach a certain weight—with two staff required to witness their removal.

“The law requires the witnesses and that kiosks are locked. But there is interpretation as far as level of security. So, we take the extra caution of putting boxes in a locked cabinet once we remove them from the kiosks, while awaiting shipment,” says Slade.

Since 2011, HealthPartners has collected more than 24,000 pounds of medications from the public for destruction, costing more than $69,000 to manage.

But it’s worth it, says Slade. The kiosks are an alternative to flushing substances that would otherwise infiltrate water streams. And they keep them out of the hands of people they were not prescribed to.  Both issues are real concerns. 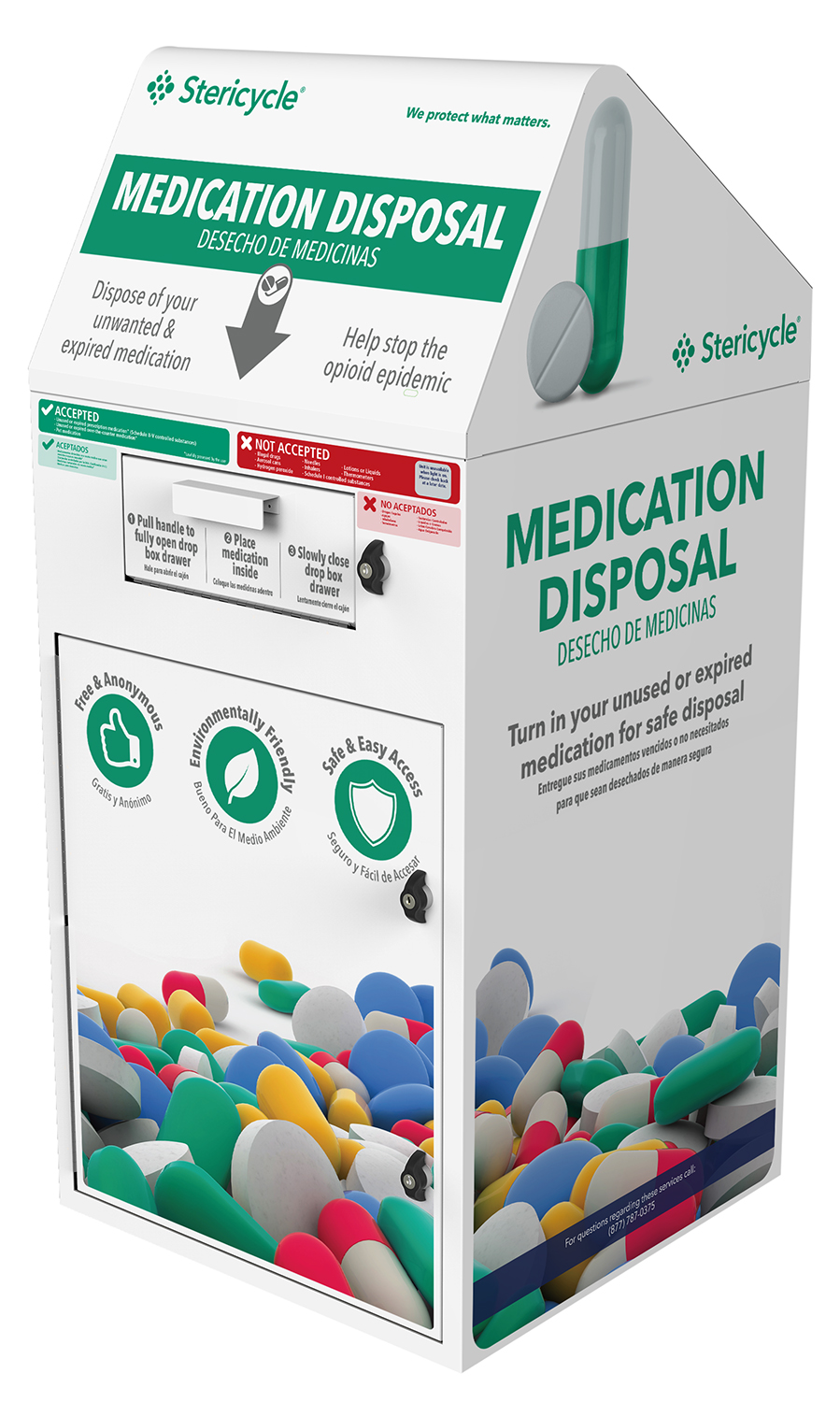 A recent survey by Stericycle, a healthcare waste management company, found 25 percent of Americans say they flush leftovers, 25 percent admit they toss unused prescriptions in the trash and 15 percent keep unused medications because they don’t know how to dispose of them.

“At the federal level, there is [early] work on establishing grant programs for safe disposal options. So, there’s positive movement to ensure funding, but it’s one of the biggest hurdles around managing controlled substances now,” says Selin Hoboy, vice president of legislative and regulatory affairs for Stericycle.

Practice Greenhealth, a hospital membership organization, will release in March a guidance document for safe disposal of controlled substances.

“We basically developed a decision tree to visualize the process, such as what to do if they expire or if they are dispensed but there are leftovers. So, our members know their choices when trying to manage legally, safely and effectively,” says Janet Howard, director of member engagement for Practice Greenhealth.

Greenville Memorial Medical Center (GMMC) contracts with Stericycle, which provides cannisters and picks them up for incineration of their contents. The company replaces them with empty cannisters. Charcoal renders wasted drugs inert and a solidifier converts them into solid mass, making it harder to retrieve them. 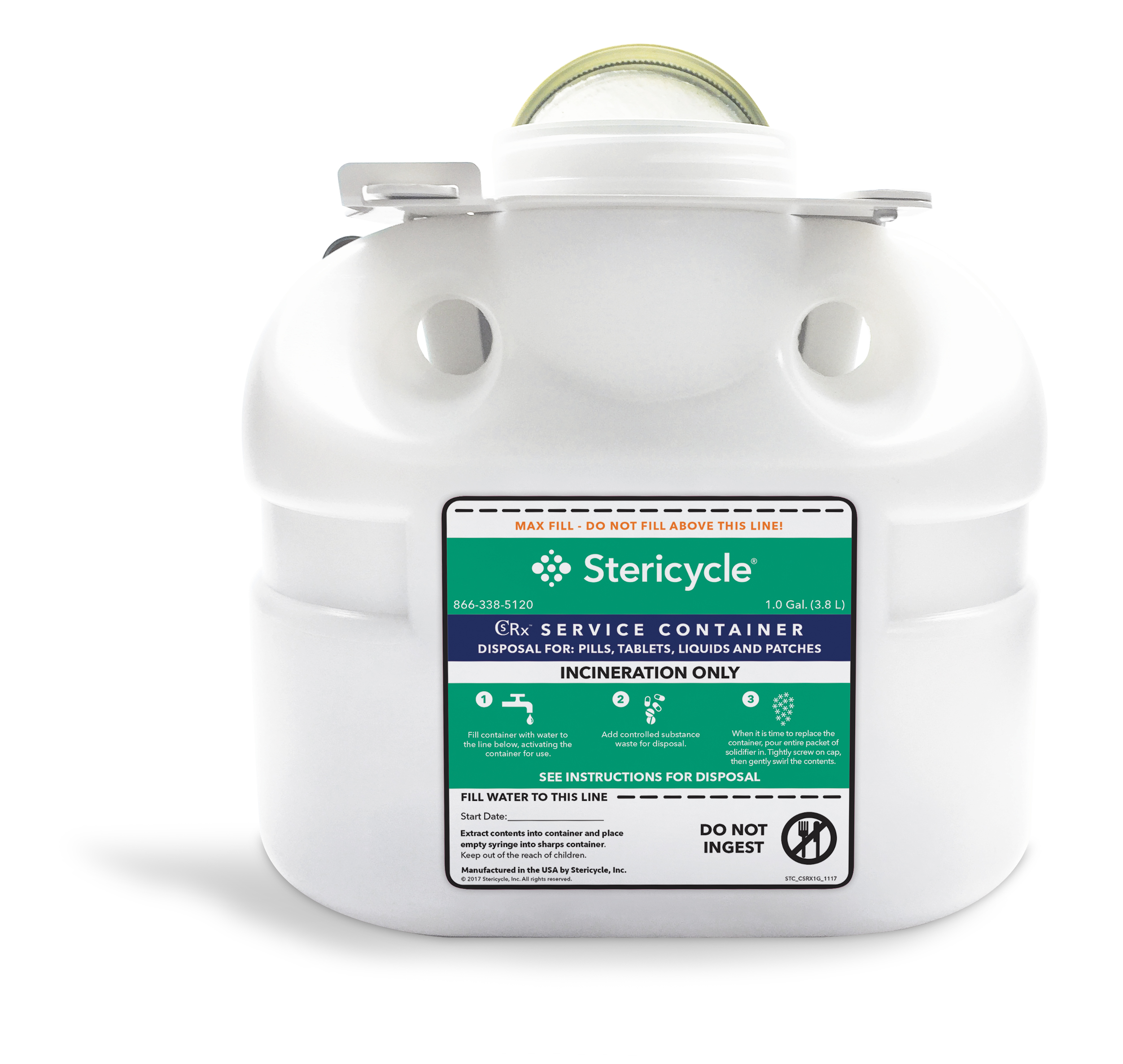 Having Stericycle staff pick up and swap cannisters has increased the hospital staff’s efficiency on its nursing units and at its pharmacies.

But facilitating the public takeback program is not as streamlined. GMMC drives these wasted, controlled substances from South Carolina to Alabama.

“We can’t find a local site that meets all regulatory requirements for disposal, and our county law enforcement agency got rid of containers because they are too costly,” says John Pearson, director of pharmacy for GMMC.

Like some local enforcement agencies, many hospitals aren’t handling the public’s unwanted medications for that reason.

“It’s expensive. But the reason we not only follow required hospital processes but also offer this takeback program is because it’s the right thing,” says Pearson.