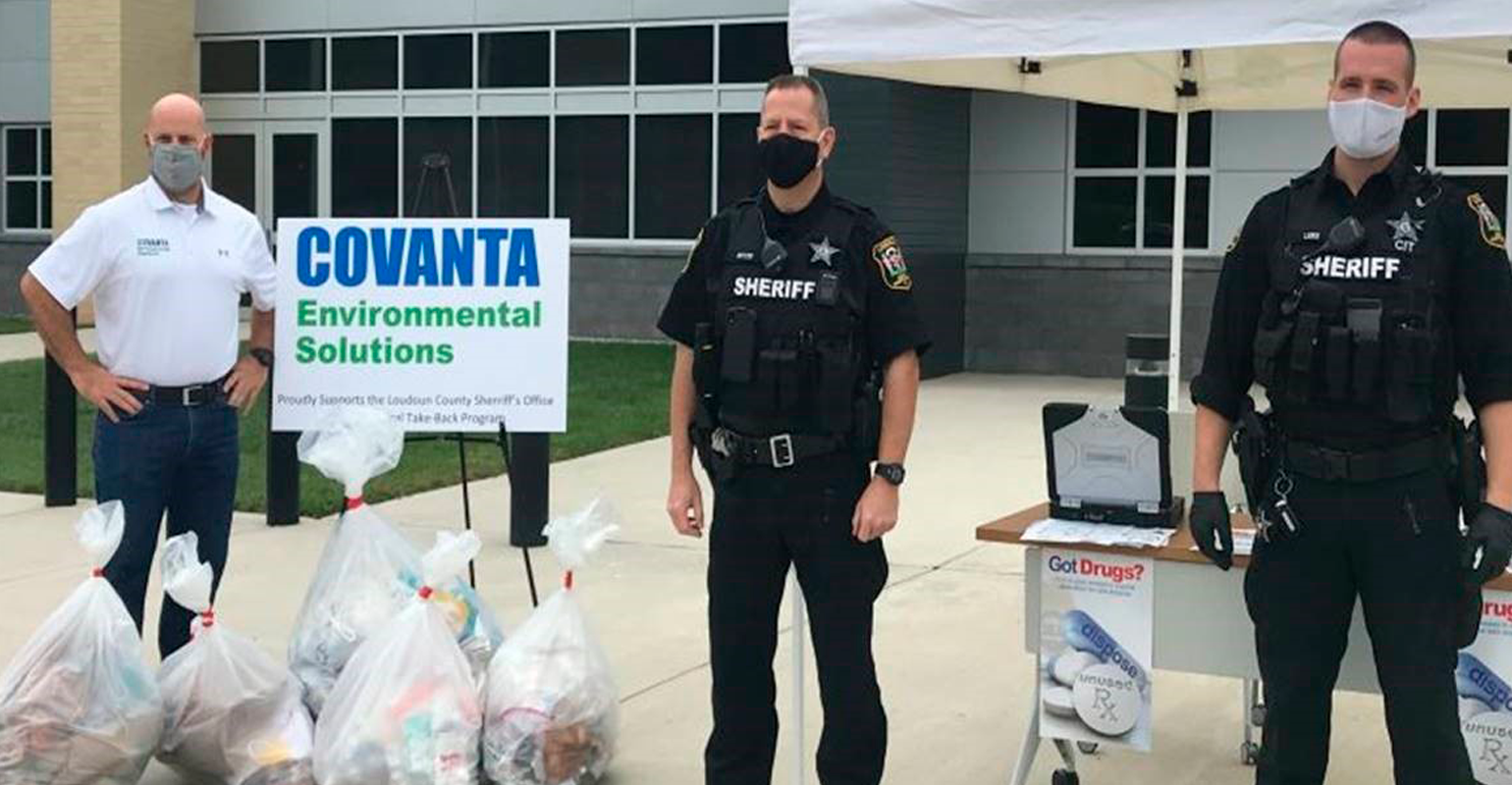 In 2010 the Drug Enforcement Agency (DEA) launched a Drug Take Back program, and for one of the first times the public had a way to dispose their unwanted meds other than flushing them or tossing them in the trash to infiltrate waterways and landfills. But the federal program was just a one-day event, held once a year. Ten years later, even though nearly four billion prescriptions are issued annually, including 153 million opioids, options for safe and environmental drug disposal are still limited, though they have grown exponentially in a fairly short time --- this past October the DEA collected over one million pounds from 4,500 locations nationwide.

But despite demand, the well-received nationwide event has only been bumped up to twice yearly.  So, some stakeholders have found additional ways to bring in and manage more of these substances, including a few state-run collection programs, and some interesting options Covanta has rolled out.

“Through our early involvement with DEA on Take Back Day we realized that the need for better materials management is great,” says Paul Stauder, president of Covanta Environmental Solutions, a subsidiary of Covanta.

The waste and energy conversion company began its work to collect and destroy unwanted drugs in Massachusetts, helping communities there with their DEA Take Back event at no cost. Perceiving this offering as a good service, it expanded support across the country both with the DEA program and states’ own programs that they were starting to roll out.

Then in 2015 Covanta acquired an eastern, PA operation, Chesapeake Waste Solutions, licensed to accept DEA-controlled substances, which enabled the company to begin working with a new type of partner in order to collect more. This new service delivery model, involving “reverse distribution,” has two distinct offerings.

One involves installation of liner box systems with kiosks at pharmacy locations where customers can drop off unwanted pharmaceuticals whenever the retailer is open.

The second offering is a mail-back program where pharmacies purchase envelopes to collect from its customers and send back for processing.  Municipalities can also buy envelopes for residents to bring home and mail in themselves.

In both scenarios, pharmacies ship retrieved materials to one of Covanta’s two DEA-certified reverse distribution sites, and from there they move on to be burned at one of the company’s waste-to-energy plants. This year Covanta will take in 50,000 liner boxes, which is about two million pounds of drugs.

The mail-back service has been especially important this year, Stauder says. “It gives another option in the world of COVID with people not wanting to go to pharmacies or collection days. They can just mail from home.”

He figures these take back initiatives and partnerships make sense for a company like Covanta.

“Waste-to-energy plants are great assets for managing difficult materials. We saw an opportunity to make a wider offering that could be beneficial to communities and pharmacy companies,” Stauder says.

And acquiring Chesapeake Waste Solutions was a pivotal move. “The operators understood DEA regulations. With that knowledge base we assumed opportunity and have been able to further expand,” Stauder says.

This reverse distribution system enables Covanta to take in not only from the general public and pharmacies, but from larger generators like health care providers and pharmaceutical manufacturers. 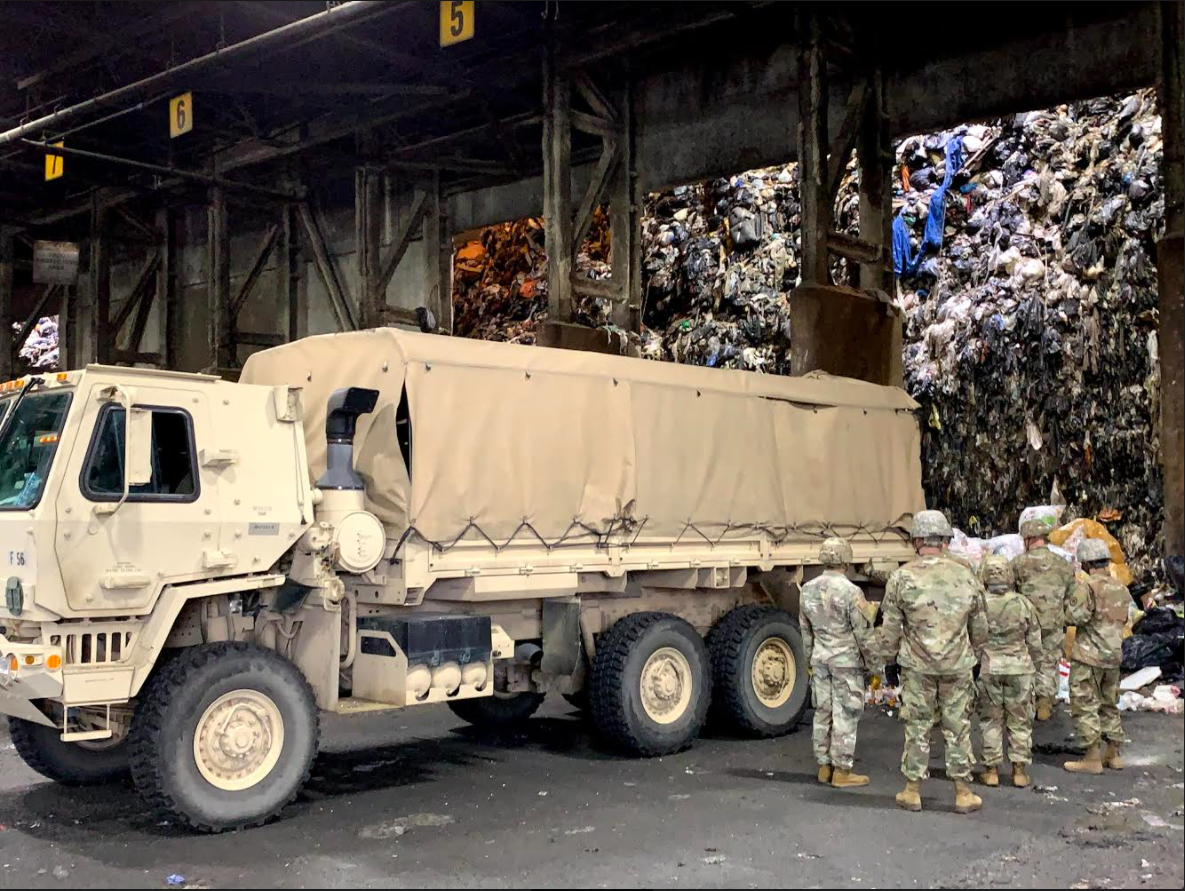 About 10 tons of wasted drugs are brought at a time from the distribution sites to the plant. The loads are transported to a hopper feed system. The chemical composition is analyzed to determine how much can be fed into the hopper and at what rate. From there it goes on to a boiler along with trash.

“The process takes a while and there’s a security aspect. How it’s done may be a little different depending on where it comes from, but there must always be two persons to escort the material deliverers and to witness the process from delivery to destruction,” Stauder says.

New York Department of Environmental Conservation (NYDEC) runs a pilot program whereby the agency installed med collection boxes in 441 locations to include retail pharmacies, hospitals, long-term care facilities, and prisons. Through this program about 87,000 pounds have been collected in a little over two years.

“We are trying to provide a convenient way for the general public to access disposal as well as for health care facilities and other institutions to properly dispose meds they generate,” says Thomas Snow, Jr., New York City Watershed coordinator, New York State Department of Environmental Conservation.

Most pilot participants are small, independent local pharmacies who want to provide service for their customers and, in doing so, they’ve increased their customer, base according to Snow. People are coming in to deposit meds and picking up merchandise while they are there.

One way NYDEC gets the word out about this service is by reaching out to schools.

“Literature suggests that many kids are not getting controlled substances on the street, but in medicine cabinets at home. So, one of our focuses has been to go to school district superintendents, principals, and PTAs [parent teacher associations] who inform parents that there’s a collection box in their community,” Snow says.

The work with long-term care facilities has been important too.

The kiosk system helps them manage controlled and uncontrolled substances more efficiently and with less liability risk. They no longer have the tedious job of flushing volumes of pills, and they have a secure DEA-compliant box, anchored to the floor, that comes with three locks and separate keys that cannot be reproduced.

The $3 million in state funding for this collection pilot will pay for a total of 475 subscribers, and NYDEC is almost at that mark.

Meanwhile, New York state is finalizing an Environmental Producer Responsibility law around drugs that’s anticipated to take effect this year, meaning that once the government-sponsored pilot ends, manufacturers will be obligated to pay for collections.

“It’s anticipated that the pilot participants will transition to the new manufacturer-supported EPR program. We are hoping that transition will be seamless,” Snow says.

At the federal level, DEA’s program is increasing yearly, says Drug Enforcement Agency Special Agent Keith Kruskall.
“The last collection was our largest.  COVID may have something to do with it because we had to cancel the April event and a lot had been stockpiled by October.”

But some of what’s behind the growth he surmises “is we are increasing collection sites around the country, and people are becoming more aware.”

The agency’s Secure Your Meds campaign, posted on its website, has been its most powerful outreach and education tool. And it gets the word out through law enforcement agencies and health care providers.

States have been initiating programs of their own to include not only New York, but California, Oregon, Washington state, Massachusetts, and Vermont.

“We’d like to see [programs] move faster so we can collect more, prevent contamination, and prevent drugs from getting into the wrong hands. But it comes down to federal and state funding, though there’s been a lot of discussions about pharmacy companies’ involvement and what their role would be in funding,” Stauder says.

Still, he thinks projects are moving at a reasonable pace, all factors considered.

“This is a unique service that really hasn’t been out there before. The business line was not in existence five years ago, or it was spotty. Now it’s being organized as statewide take back programs. Prior it was not easy and accessible, and that’s where we are working to fill in the gap,” Stauder says.