Why States are Clamping Down on Coal Ash Disposal (Part One) 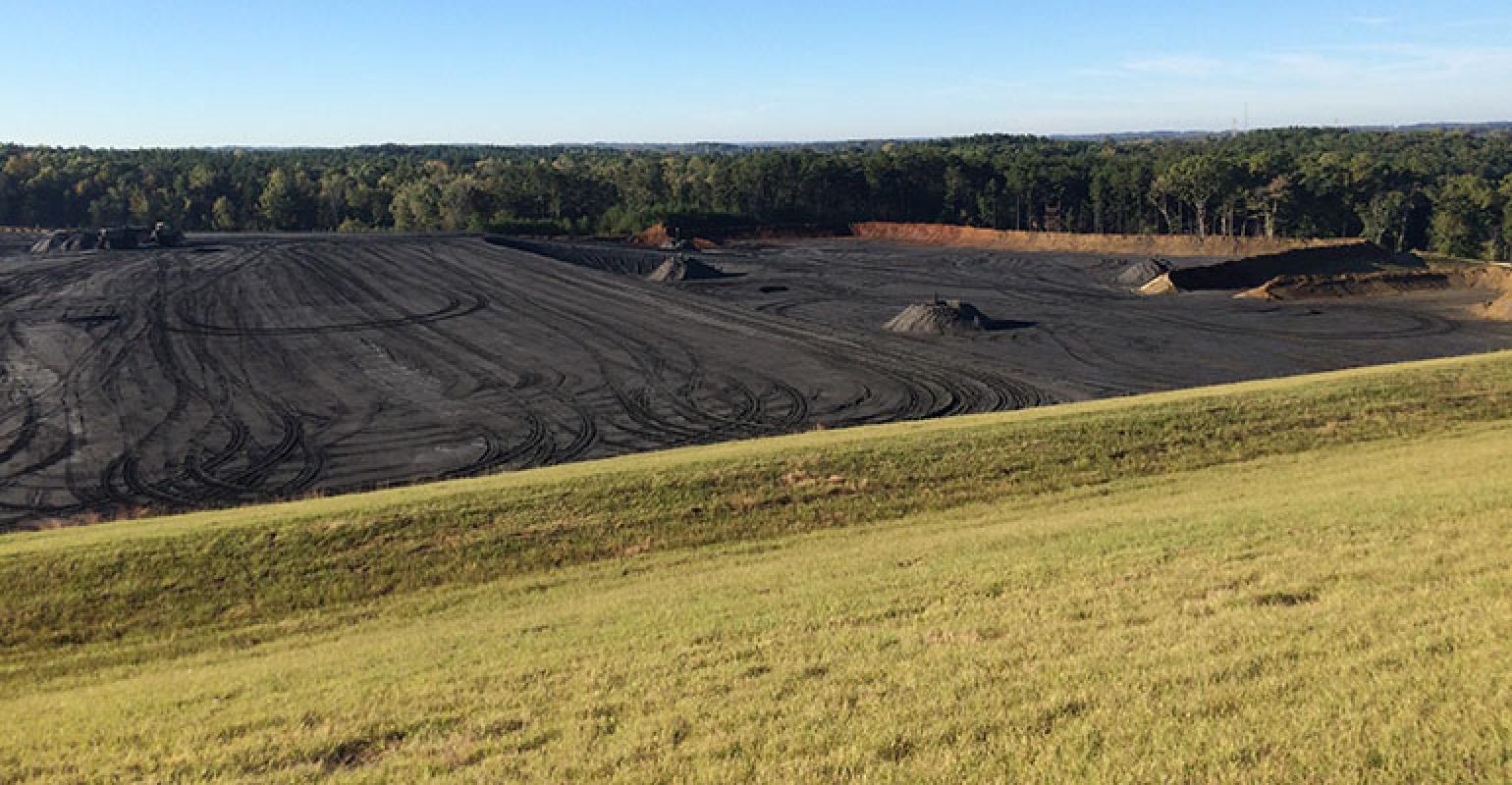 Part one of a two-part series looks at how some states are making their own rules to manage coal ash as the federal government rolls back Obama-era protections.

They have added restrictions on generators and/or handlers of this byproduct from burning coal, which has been linked to environmental and health issues. Data from both third-party researchers and some utilities’ own groundwater sampling show that coal ash is leaking contaminants from unlined ponds into groundwater, then flowing to large water bodies.

The states that are clamping down are mainly in the Southeast. In North Carolina, Georgia, Virginia, South Carolina and Tennessee, utilities will be required to excavate more than one-quarter of a billion tons of coal ash from their coal ash ponds, according to the Southern Environmental Law Center (SELC). The law center has litigated cases throughout this region, calling for tougher mandates. Some remediation already has occurred as a result; though one utility is fighting state orders.

In North Carolina alone, all 14 of the state’s coal ash impoundments must be excavated as opposed to leaving the ash in place and capping the sites; many utilities want to leverage the latter method.

“There is a growing awareness in the Southeast, in particular, that these sites need to be cleaned up and this ash needs to be put in safe storage once and for all,” says Nicholas Torrey, senior attorney at SELC in Chapel Hill, N.C.

All of North Carolina’s ash lagoons are leaking contaminants in groundwater and surface water, and there are documented instances of coal ash itself spilling into neighboring lakes and rivers. The Dan River spill in Eden was caused when a buried pipe collapsed and allowed coal ash to spill into this large water body, prompting implementation of the state’s Coal Ash Management Act in 2014.

Duke Energy has not contested the order to excavate eight of the North Carolina sites but is disputing orders to excavate the remaining six. That litigation is ongoing.

Virginia passed a law this year requiring Dominion Energy to clean up its coal ash sites in that state, which passed with the utility’s support. All coal ash ponds have been or will be cleaned up in South Carolina. 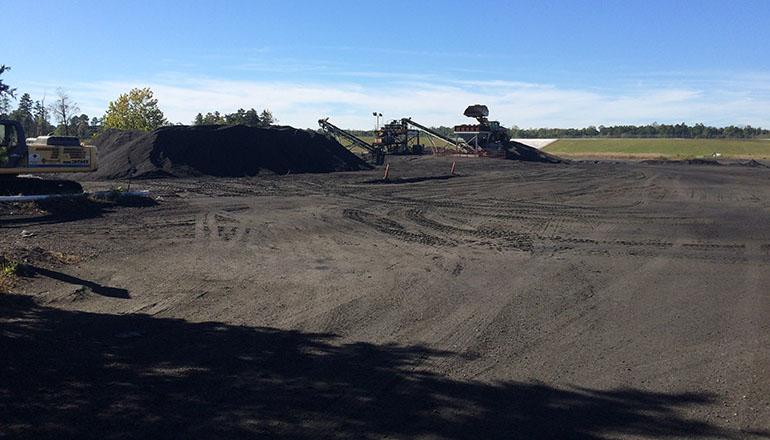 Georgia is requiring permits that will decide how leaky coal ash ponds will be closed, which may or may not include excavation. And it is imposing additional requirements around disposal of coal ash at municipal solid waste (MSW) landfills.

The state’s MSW landfills that accept this waste must develop an annual CCR management plan to be approved by Georgia’s Environmental Protection Division (EPD); notify local governing authorities that the landfill is accepting coal ash; and notify local governments within 14 days of any release that is likely to threaten human health.

Georgia EPD also has been charged with the major undertaking of determining whether to issue closure permits for more than 30 unlined ponds containing almost 50 million tons of coal ash. But no staff or resources have been added to manage this task, according to Chris Bowers, senior attorney at SELC in Atlanta. This worries him.

“Even the most stringent regulations are only as effective at protecting the environment as an agency’s will and ability to enforce them. Our concern is over whether EPD will fulfill its mandate to ensure that these coal ash pits are closed in a way that prevents pollution … Georgia Power’s current closure plans would do the opposite. They propose to leave this industrial waste in [10 of its 29] unlined pits, with millions of tons sitting in groundwater,” says Bowers.

The utility stands behind its groundwater monitoring reports, having said in a statement, “Based on the extensive data collected, the company has identified no risk to public health or drinking water."

However, a study by independent consultant Geo-Hydro concludes that these sites are currently causing groundwater pollution.

In Tennessee, the Tennessee Valley Authority (TVA) has faced great pressure, especially since the highly publicized spill at its Kingston plant in 2008, resulting in the release of about  5.4 million cubic yards of coal ash that eventually flowed into the main Emory River Channel. TVA settled litigation brought by the state and SELC by agreeing to excavate 12 million tons of coal ash at its site near Nashville. In addition, the authority agreed to excavate more than 3 million tons of coal ash from its site near Memphis.

Meanwhile, TVA attempts to leave the rest of its sites filled with ash and cap them, but that is being disputed, says Frank Holleman, a senior attorney at SELC in Chapel Hill, N.C.

In South Carolina, three utilities must excavate ash from every one of its unlined ponds: South Carolina Electric and Gas (now owned by Dominion Energy), Duke Energy and Santee-Cooper.

“All of these sites, as well as those throughout the Southeast region, have stored ash in large, unlined holes in the ground filled with water that are near or beside water bodies. And most are sources of drinking water,” says Holleman. 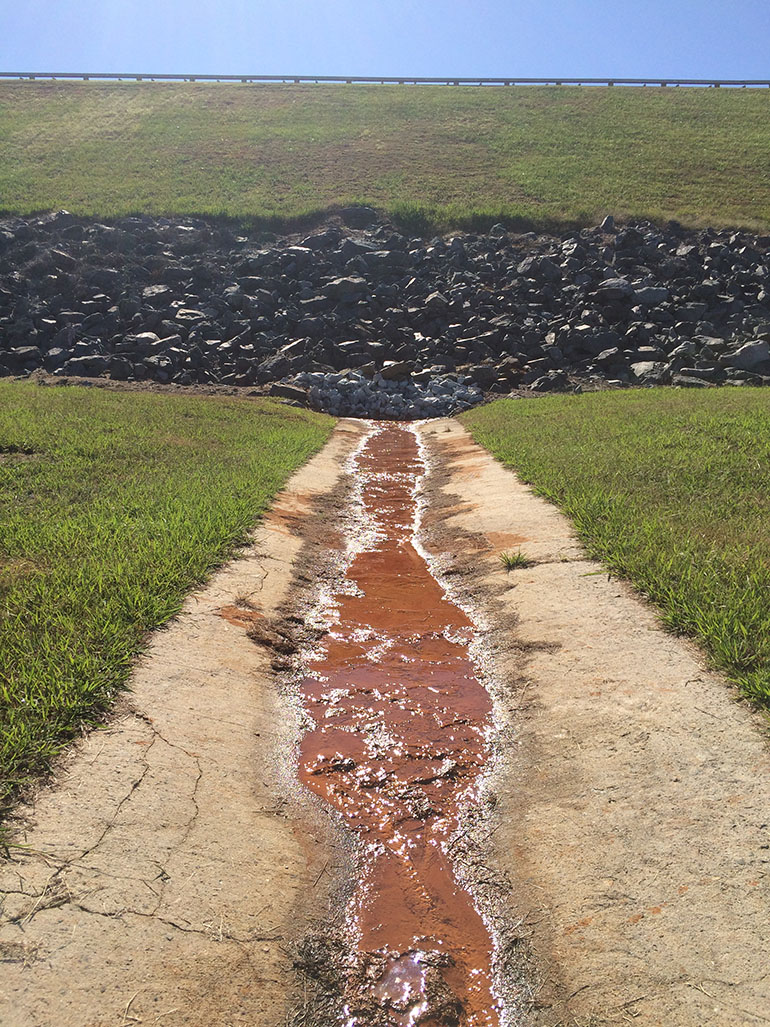 In North Carolina, a community group called Alliance of Carolinians Together (ACT) Against Coal Ash is looking out for themselves. Its goal is to see that utilities take responsibility for their coal ash on their own property, rather than sell and ship it to third parties to manage elsewhere.

“In North Carolina, Duke sold coal ash to a third party that’s a limited liability company, and it could fold. Further, while it’s been put in a lined, structural fill landfill, coal ash constituents have been found in nearby groundwater wells. Community members want to see better cleanup options. They want for coal ash to remain on Duke’s property rather than be spread over new communities. And they want it to be disposed in a way that is protective of their neighborhoods,” says Amy Adams, program manager for environmental nonprofit Appalachian Voices. Appalachian Voices is a supporter of ACT.

ACT is starting to network with communities in states beyond North Carolina to help them become educated about exposure pathways, about understanding the monitoring data and about how to drive reform.

“We are reaching out so we are not fighting in silos. It’s about learning from each other, determining how to change policies and seeing that regulations are enforced that protect people across the South,” says Adams.

On the national front, there has been disruption around a rule that could impact coal ash management. Since its enactment in 1972, the Clean Water Act has applied to pollution that travels from sources like pipes through groundwater to lakes or rivers.

“But EPA has reversed its position on this. This will have a big bearing on coal ash sites because a lot of litigation has involved pollution of lakes and rivers that traveled through groundwater from coal ash lagoons,” says Holleman.

Read part two of this series, which highlights scientists’ findings confirming that coal ash contaminants are leaking into groundwater and surface water. It also explores utilities’ current and proposed coal ash storage methods and potential shortcomings of these methods.