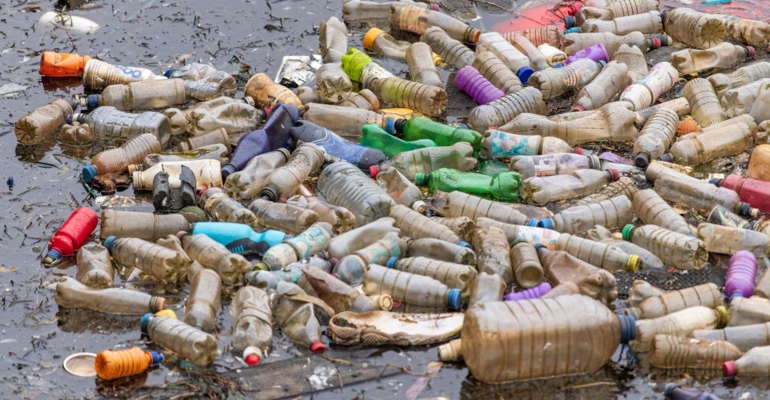 WASHINGTON — Oceana and other Break Free From Plastic members joined U.S. Rep. Lloyd Doggett (Texas-35) and a spokesperson on behalf of Rep. Alan Lowenthal (Calif-47) in urging Congress to pass the Break Free From Plastic Pollution Act (S.984/HR 2238). The policy briefing presented a cogent argument for why this comprehensive legislation is so critical at this point in the planet’s history. This is the first time so many organizations with different areas of focus have joined together to engage Congress on the plastic pollution crisis and push for advancing opportunities for a just transition to a zero-waste culture and refill-and-reuse economy.

“After decades of treating our land, waterways, and oceans as plastic waste dumping grounds, we now face a global plastic pollution crisis. Recent scientific studies show that plastic waste particles are now found everywhere we look—in the soil, in the rainwater, in the food chain, and even inside our own bodies. Our legislation applies one of the core principles of environmental law: ‘the polluter pays.’ It is time for multi-billion-dollar companies to step up and cover the costs of cleaning up the waste from their products. As a major producer of plastics waste, we also have a responsibility and a duty to address this problem. We are running out of time to deal with this crisis of our own creation, and this legislation is a rational and commonsense first step on the path to implementing lasting solutions.” —Congressman Alan Lowenthal (Calif.-47)

“Dangerous floods of plastic waste aren’t just washing up on our shores — they are entering our bodies as microplastics. It’s time to turn the tide; the Break Free from Plastic Pollution Act offers the necessary tools to protect our communities from plastic pollution, which is hazardous to our health and that of the natural world.” —U.S. Representative Lloyd Doggett (D-Texas)

"The oceans are critical to life on Earth and the livelihoods of billions of people around the world. Plastic pollution is a growing problem for our oceans, as well as our health and climate. The solution to the plastic pollution crisis is clear: Reduce the amount of plastic produced and used. While the responsibility primarily falls on companies that produce and use plastics, local, state, and national governments play a critical role, especially when companies are not motivated to act. It’s past time for the U.S. to act on the federal level. The Break Free From Plastic Pollution Act is THE bill to address the plastic pollution problem and protect our oceans." —Christy Leavitt, Oceana

A recent Oceana poll found that 81% of voters support national policies that reduce single-use plastic. The federal Break Free From Plastic Pollution Act would phase out unnecessary single-use plastic products that are increasingly pumped into the market and our neighborhoods and oceans. It would also protect low-income, Black, Latino, and Indigenous communities by pausing the development of new and expanded U.S. plastic production facilities — simultaneously preventing the massive amount of greenhouse gas emissions these facilities and products would generate.

"As indigenous people, we have an inherent right to protect the land, air, water, and all life we coexist with on Mother Earth — to protect our children's future so that they don't only survive but thrive. As human beings, we are accountable and responsible to the next generation. If we continue to allow the devastating pollution from the fossil fuel and petrochemical infrastructure to fuel climate change, we will allow these corporations to steal our children's childhood from them; they should not have to clean up the mess we leave behind because of our inaction. We are asking you to protect our children's future, the land, air, water, and wildlife to ensure a healthy, sustainable future for all generations. —Frankie Orona, Society of Native Nations

“Plastic Pollution Coalition (PPC) is excited and honored to join more than two dozen organizations from across the U.S. to garner support for the Break Free From Plastic Pollution Act (S.984/HR2238). We are energized by the recent and fast-growing wave of legislative momentum — including most recently Interior Secretary Deb Haaland’s Order 3047, which sets forth a plan to eliminate single-use plastics from national parks, and California Congressman Alan Lowenthal’s Plastic Pellet Free Waters Act. Plastic and its toxic chemicals have no place in a more just, equitable future, and it is critical that strong policies are implemented to stop plastic pollution at the source.” —Jackie Nuñez, The Last Plastic Straw and Plastic Pollution Coalition

Plastic has been found in every corner of the world and has turned up in drinking water, beer, salt, honey and more. Recycling alone will not solve this problem — only 9% of the plastic waste ever generated has been recycled, and companies continue to push new plastic products onto the market. With plastic production growing at a rapid rate, increasing amounts of plastic can be expected to flood our planet with devastating consequences.

“It’s critical that we take action to prevent further harm in our communities and our ecosystems as a result of plastic pollution. The Break Free from Plastic Pollution Act targets the entire plastic value chain to minimize single-use plastic and the use of toxic chemicals in plastic through a model of shared responsibility. We are thrilled to support the Break Free from Plastic Coalition in advancing this legislation to further address the plastic crisis to build a more equitable, regenerative, just, and circular economy.” —Stephanie Erwin, American Sustainable Business Network

Please use this link to share the release: https://bit.ly/3xSPDVP

Oceana is the largest international advocacy organization dedicated solely to ocean conservation. Oceana is rebuilding abundant and biodiverse oceans by winning science-based policies in countries that control one-third of the world’s wild fish catch. With more than 225 victories that stop overfishing, habitat destruction, pollution, and the killing of threatened species like turtles and sharks, Oceana’s campaigns are delivering results. A restored ocean means that 1 billion people can enjoy a healthy seafood meal, every day, forever. Together, we can save the oceans and help feed the world. Visit USA.Oceana.org to learn more.

The #breakfreefromplastic movement is a global movement envisioning a future free from plastic pollution. Since its launch in 2016, more than 11,000 organizations and individual supporters from across the world have joined the movement to demand massive reductions in single-use plastics and to push for lasting solutions to the plastic pollution crisis. BFFP member organizations and individuals share the common values of environmental protection and social justice, and work together through a holistic approach in order to bring about systemic change under the #breakfreefromplastic core pillars. This means tackling plastic pollution across the whole plastics value chain — from extraction to disposal — focusing on prevention rather than cure and providing effective solutions.