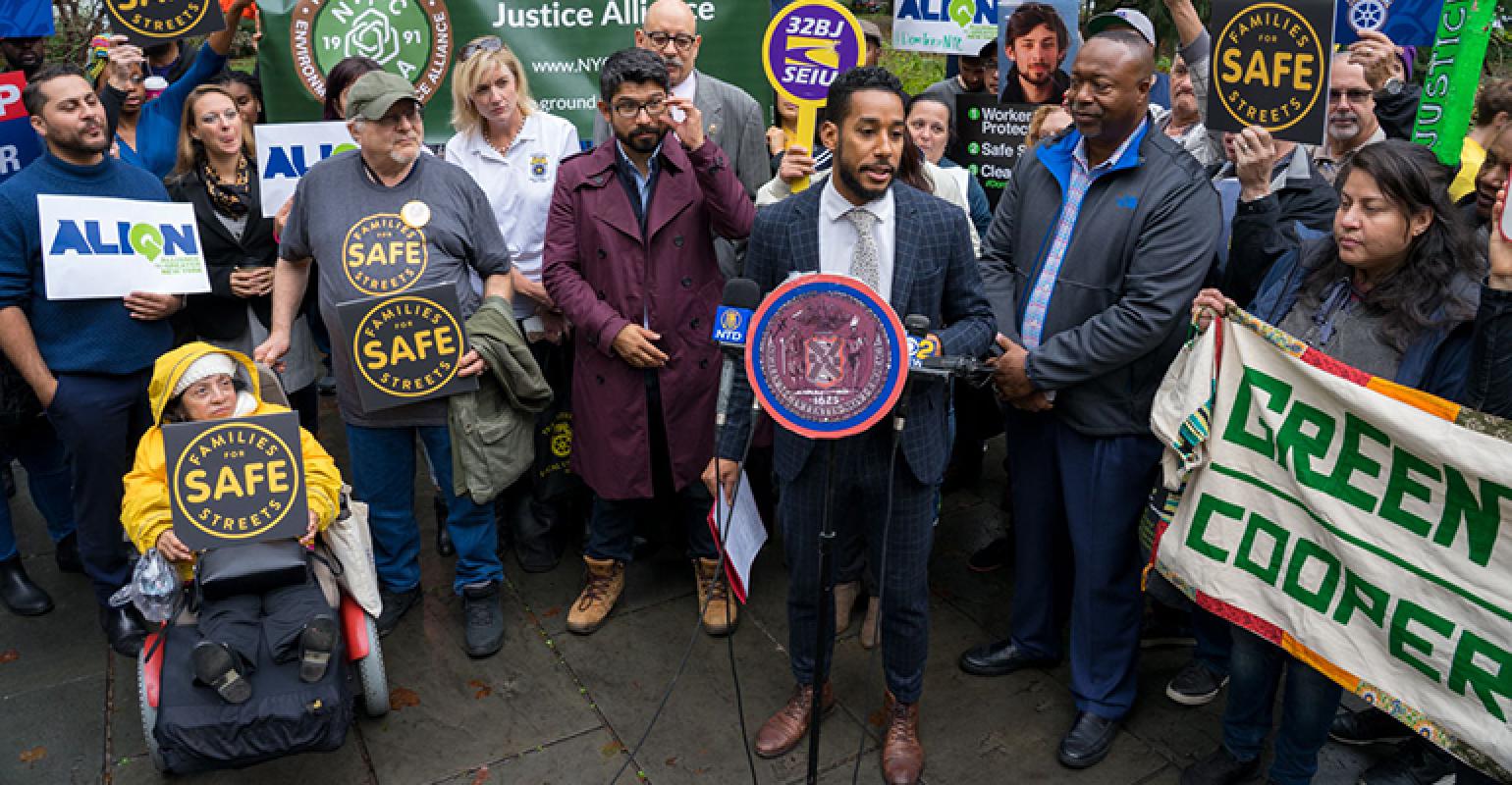 The legislation divides the city into at least 20 commercial waste zones with up to three private haulers to serve each zone.

After six years in the making, the New York City Council passed the Commercial Waste Zones bill (Intro 1574) on October 30. The legislation divides the city into at least 20 commercial waste zones, each served by up to three private haulers.

Under the legislation, which was sponsored by City Council Member Antonio Reynoso, private carters will need to meet baseline standards to be eligible for a zone and their proposals will be judged based on their plans to improve safety, recycling, pollution and job quality. The bill caps the number of private carters in any zone at three.

"We are making private sanitation a good job again," said Sean T. Campbell, president of Teamsters Local 813, in a statement. "For years, private sanitation workers have testified at City Council hearings and protested in the streets for legislation to hold their employers accountable. That legislation is finally being voted on today. Commercial waste zones will overhaul private sanitation to reward the good companies and force the bad companies to shape up. We thank Council Member Reynoso and Speaker [Corey] Johnson for their leadership."

The National Waste & Recycling Association (NWRA), which was opposed to the commercial waste zone system, released the following statement to Waste360 on October 31:

David Biderman, executive director and CEO for the Solid Waste Association of North America (SWANA) explained that SWANA has been in close contact with DSNY over the past few months regarding outreach to the industry—both in New York and at the national level—prior to a request for proposal that will be issued in spring 2020.

“We look forward to working with DSNY, licensed carters and others interested in potentially bidding on one or more zones in New York City,” he says.

Before the legislation was passed on Wednesday afternoon, a coalition of New Yorkers in favor of the bill rallied alongside City Council members to support passage of the bill to create a citywide commercial waste zone system. The City Hall Park rally included sanitation workers and advocates from the environmental justice, safe streets and small business communities.

“This legislation marks the most significant reform to the problem-plagued commercial waste disposal system since the city’s effort to rid the industry of organized crime influence in the 1990s,” said Eric A. Goldstein, NYC environment director at the Natural Resources Defense Council, in a statement. “The City Council has turned a triple play—commercial waste zones will yield less truck traffic and air pollution, safer and quieter streets and better treatment for private sanitation workers. Bravo to Councilmember Antonio Reynoso, Speaker Corey Johnson and their colleagues and staffs.”

Ahead of the bill’s passage, critics continued to vocalize their concerns and opposition to the legislation, referring to the bill as a “recipe for corruption” and a measure that could drive family-run carters out of business.

Before the bill was passed on October 30, Kendall Christiansen, executive director of New Yorkers for Responsible Waste Management, released the following statement:

“Today’s City Council vote (on Intro 1574-A)—without a single public hearing—insures that ‘private carter’ will be replaced by ‘DSNY Franchisee’ as the city takes over full responsibility for the commercial waste system, which handles 12,000 tons of waste, recyclables and organics every night. We are more than disappointed that this misguided law will destroy dozens of local companies, many with 50 years or more of service, and displace hundreds of workers (mostly people of color, and many second-chance, making good money for hard and thankless work). Just like when Los Angeles eliminated competition as the basis for this essential service, no choice, price increases and declining service will become very real to New York’s businesses and industries, with questionable environmental benefits.”

"We are extremely disappointed that the City Council has decided to ignore the concerns of small business owners by hastily passing a commercial waste zone plan that limits competition, restricts consumer choice, and will only serve to harm the small businesses that drive New York City's economy. This policy has failed when implemented elsewhere, and it is especially disheartening and shortsighted to see it implemented here in New York City when more reasonable alternatives are available. The Council should work with experts, community stakeholders, and businesses alike to strike a reasonable balance and achieve a smart, workable solution, not rush through a poorly-thought-out policy like this. Our Chambers will continue to work with local businesses to mitigate the damage that this policy could wreak on our economy."

The original article has been updated to include comments from NWRA and New York City Chamber of Commerce reps.
0 comments
Hide comments
Related
Sponsored Content