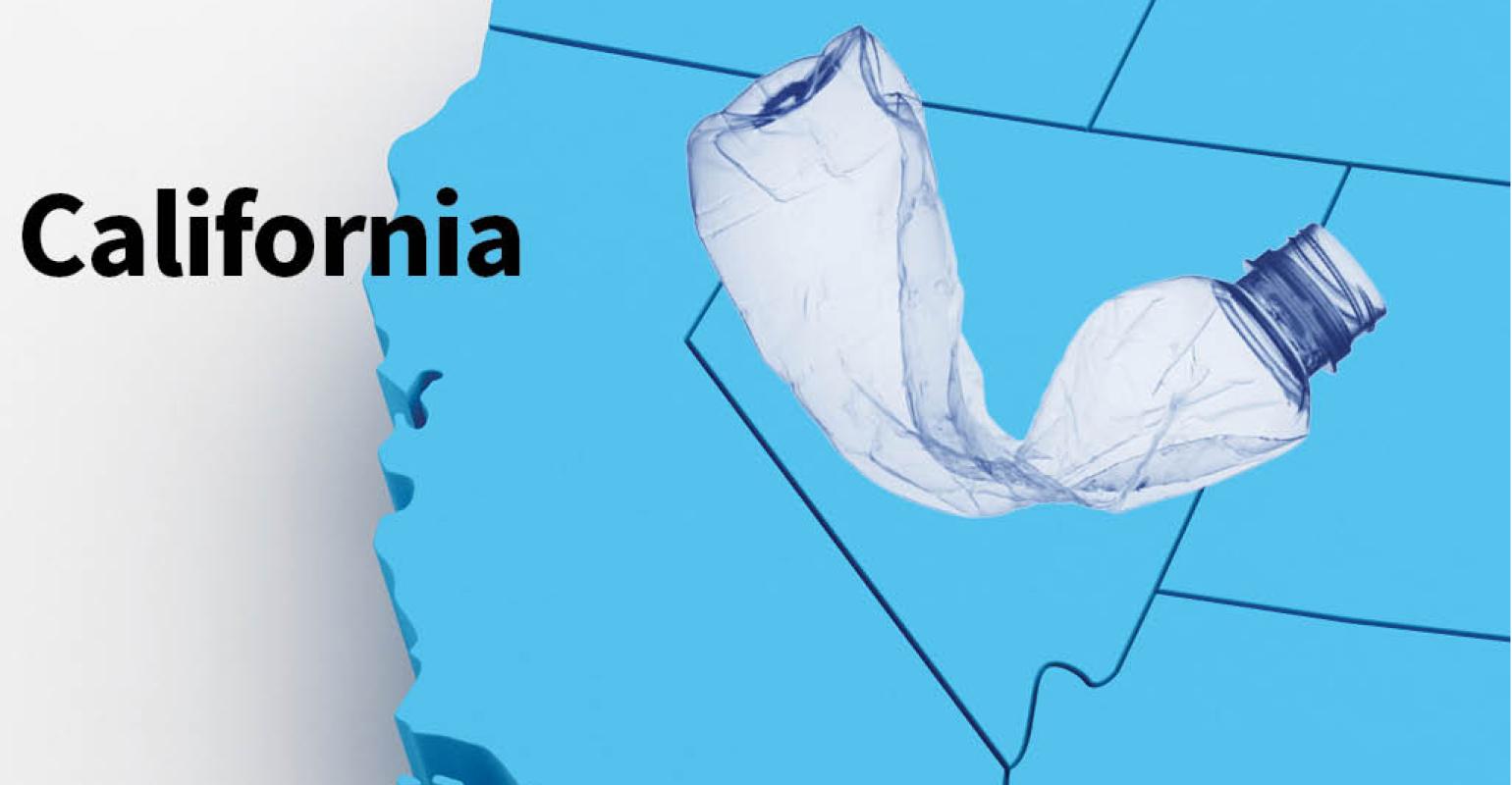 AB 1080 and SB 54 would be the first measures to phase out all single-use packaging and foodware that can't be recycled or composted by 2030.

California’s legislature ended its session in the early hours of September 14 without passing the California Circular Economy and Pollution Reduction Act (bills AB 1080 and SB 54), which would be the first measures to phase out all single-use packaging and foodware that can't be recycled or composted statewide by 2030. The bill is expected to return in January 2020 during the second year of its legislative cycle.

"Basically, the leadership realized the votes were not there at the time and did not want to call a vote," explains Geoff Shester, California campaign director for Oceana. "This is simply year one of a two-year legislative cycle. The bill was not rejected or voted down; it simply was 'let’s wait and let’s have more discussion of this, so we can actually come up with something robust that is going to comprehensively tackle this problem in 2020.'"

While several states have enacted bans on solitary plastic items like straws and bags, AB 1080 and SB 54 would mark the first to mandate source reduction of single-use packaging and disposable foodware, including plates, bowls, cups, stirrers and straws. The bill, which faced opposition from plastics makers and consumer goods companies seeking to eliminate or weaken the proposals, would require producers to reduce waste from single-use packaging and foodware, including that made from plastic, by 75 percent by 2030 through source reduction, recycling and composting.

The law would require manufacturers to design their products to reduce unnecessary packaging waste. By 2030, all packaging and single-use foodware would need to be recyclable or compostable, and producers would be required to ensure that their products were recycled at a 75 percent rate over that same time period.

Shester notes that toward the end of the 2019 legislative session, a lot of amendments were made to reduce opposition. However, those amendments also brought in new concerns that hadn't been fully vetted.

One of the issues that came up was that the bill's initial focus was on single-use plastics, so an effort was made not to target one material. A standard was introduced that applies to all foodware, regardless of material. But other product manufacturers—those who make glass and metal products, for instance—expressed their concern regarding how the scope of the bill changed, Shester points out.

Another issue that was broached was around fees and whether there would be limits on fees for manufacturers that do not comply with the regulations. Shester says in the latest amendments, the bill added some new fee authority to the state's Department of Resources Recycling and Recovery (CalRecycle) to address some enforcement concerns. That fix, however, ended up raising other concerns about whether there were adequate fee limits, whether there were enough legislative reviews and whether or not fees would be unlimited, explains Shester.

"We were disappointed because we had some momentum," he says. "We thought, that despite it being a two-year bill, that we mounted enough pressure to almost get this through the first year, which I think shows how much of a public mandate there is for this since it was able to move forward so quickly."

"It's time for policymakers and companies to take bold steps to curb the production of unnecessary single-use plastic and ensure consumers are provided with plastic-free choices. California had the opportunity to be a national leader in protecting the planet and its inhabitants from the plastic increasingly entering our oceans, soil, air, food and bodies. With plastic production rates projected to increase at least fourfold between 2014 and 2050, we need local, state, federal and global policies to aggressively reduce plastic at the source and require companies to stop using a material designed to last forever to make products that are only used once. This is a corporate-driven crisis, and it's up to policymakers to ensure the onus falls on companies to clean it up. While today's lack of action is disappointing, this fight is not over. Awareness of the plastic pollution problem has taken root and continues to grow, prompting the passage of policies regulating single-use plastic all around the country. That momentum isn't going to subside. We thank Sen. Allen and Assemblywoman Gonzalez for their prioritizing this global issue by sponsoring these bills."

Over the summer, Environment America and U.S. PIRG (the federation of state Public Interest Research Groups) went door-to-door in 23 states to build support for statewide laws to curb plastic pollution.

Steve Blackledge, senior director of conservation for Environment America, called the result “disappointing” but noted that Environment America is “encouraged that several states did take action this year to address plastic pollution. We’ll keep pushing for legislation that prioritizes the wellbeing of our wildlife over the convenience of single-use plastics.”

In the last year, 13 states introduced bills to ban single-use plastics, with seven states passing them into law, including Maryland, Oregon and Connecticut.

“We have to move our society beyond single-use plastics as quickly as possible,” said Alex Truelove, director of U.S. PIRG’s Zero Waste Program, in a statement. “If we can figure out how to make a plastic spoon out of petroleum, surely we can figure out how to reuse that plastic instead of throwing it away. We’ll keep working in the states to create the right rules and incentives to reduce waste."

If passed, CalRecycle would have led a regulatory process to establish a framework by 2024 for meeting state targets. When asked to comment on the measures, a spokesperson from CalRecycle told Waste360 that “CalRecycle has no position on pending legislation.” The department did, however, say it would be “happy to discuss any signed new laws that involved the department at a later date.”

During the same session, lawmakers ended up passing AB 792, which originally required that plastic bottles be made of 100 percent recycled materials by 2035. The bill, however, was amended to implement phased-in minimums, starting with a 10 percent requirement in 2021 and capping at 50 percent by 2030. The bill will give CalRecycle the authority to adjust minimum requirements if market conditions prevent companies from reaching them.

"Our view is that we have to get better at recycling, but recycling is necessary, and insufficient, by itself to solve the problem," emphasizes Shester. "We really have to get to using less of these throwaway packages, whether they are recycled or not, and moving toward more of a reusable economy and system for distributing products and food where you’re not simply using things just once. The [packaging] industry has successfully shifted the public view of this waste issue to put the burden onto the consumer with the mindset that it’s OK for us to produce these products as long as the consumer does the green thing and puts it in the right bin. I think people are now realizing the fallacy of that and that, ultimately, that was just an excuse to produce these reckless products of convenience. That is really the underlying thread of what is going on with these bills and this effort."

The original article has been updated to include additional insight on the Circular Economy and Pollution Reduction Act and what to expect in 2020.
TAGS: Plastics Public Agencies Waste Reduction Generators
2 comments
Hide comments
Related
Sponsored Content