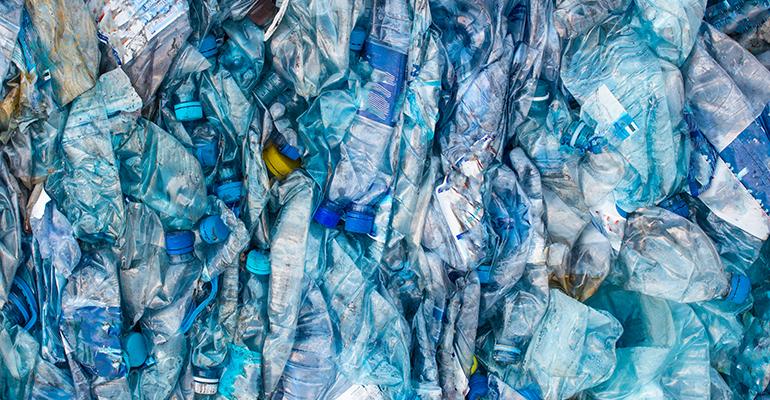 A Senate committee is expected to hold hearings on a bill that would make beverage manufacturers more responsible for helping consumers recycle.

This year, some California legislators are looking to overhaul the state’s Bottle Bill.

A state Senate committee is expected to hold hearings this week on a bill that would make beverage manufacturers more responsible for helping consumers recycle, the Los Angeles Times reports. Legislators also will discuss extending bill provisions to wine and liquor makers.

The push to revamp the state Bottle Bill comes amid growing attention around plastic pollution and the beverage industry’s goals to increase the use of recycled plastic in their bottles. In addition, last August, California’s largest operator of recycling redemption centers, RePlanet, closed all 284 of its centers.

Nonprofit group Consumer Watchdog wrote a letter supporting the bill. In the letter, the group says: "This approach of extended producer responsibility for the end-of-life of empty beverage containers has proven to be the best model for generating the highest redemption rates in the most successful bottle deposits systems in the country and around the world."

"As the process moves forward, we urge you to amend the legislation to include other aspects of the programs that have worked across the nation and world. These include consumer convenience based on mandated return to all major retailers so that consumers can redeem bottles and cans where they buy them, as well as preventing curbside haulers from collecting consumer deposits," the letter adds. "In addition, we urge you to protect high-volume recycling processors who remain today and make sure the beverage industry gives them preference for their fealty to the current system as it develops a new one, similar to minority business contracting preferences in state government. We applaud the inclusion of wine bottles as California’s hallmark beverage and toast of the state should not be excluded from the redemption program."

On January 15, the bill passed out of the Senate Environmental Quality Committee by a 4 to 1 vote. The measure now heads to the Senate Appropriations Committee.

"We feel that the central concept of this bill is right, that beverage companies have to take responsibility for the products the producers make," said Consumer Watchdog President Jamie Court, who testified before the environmental committee, in a statement. "If you use a wrapper for a product, you are responsible for making sure it is recycled. If we go with the concept that makes the people profiting from the sale of the products in those beverages responsible, we can get a redemption rate that is 98 percent like in Germany, or 89 percent in Michigan…. This is really about getting people their money back, but a lot of these details have to be worked out as we go forward."

Across California, can and bottle redemption centers have closed. Consumers struggle to find places to get nickels and dimes for their containers. Supermarkets are obliged to redeem cans and bottles not deposited elsewhere. Trash companies take the remainder.

Standing apart in California’s recycling crisis are drink manufacturers. They have never been required to find a permanent repository or reuse for the billions of bottles and cans they produce. California’s 3-decade-old “Bottle Bill” — the law that seeks to boost recycling by putting a 5- or 10-cent bounty on most cans and bottles — has left that work to everyone else.