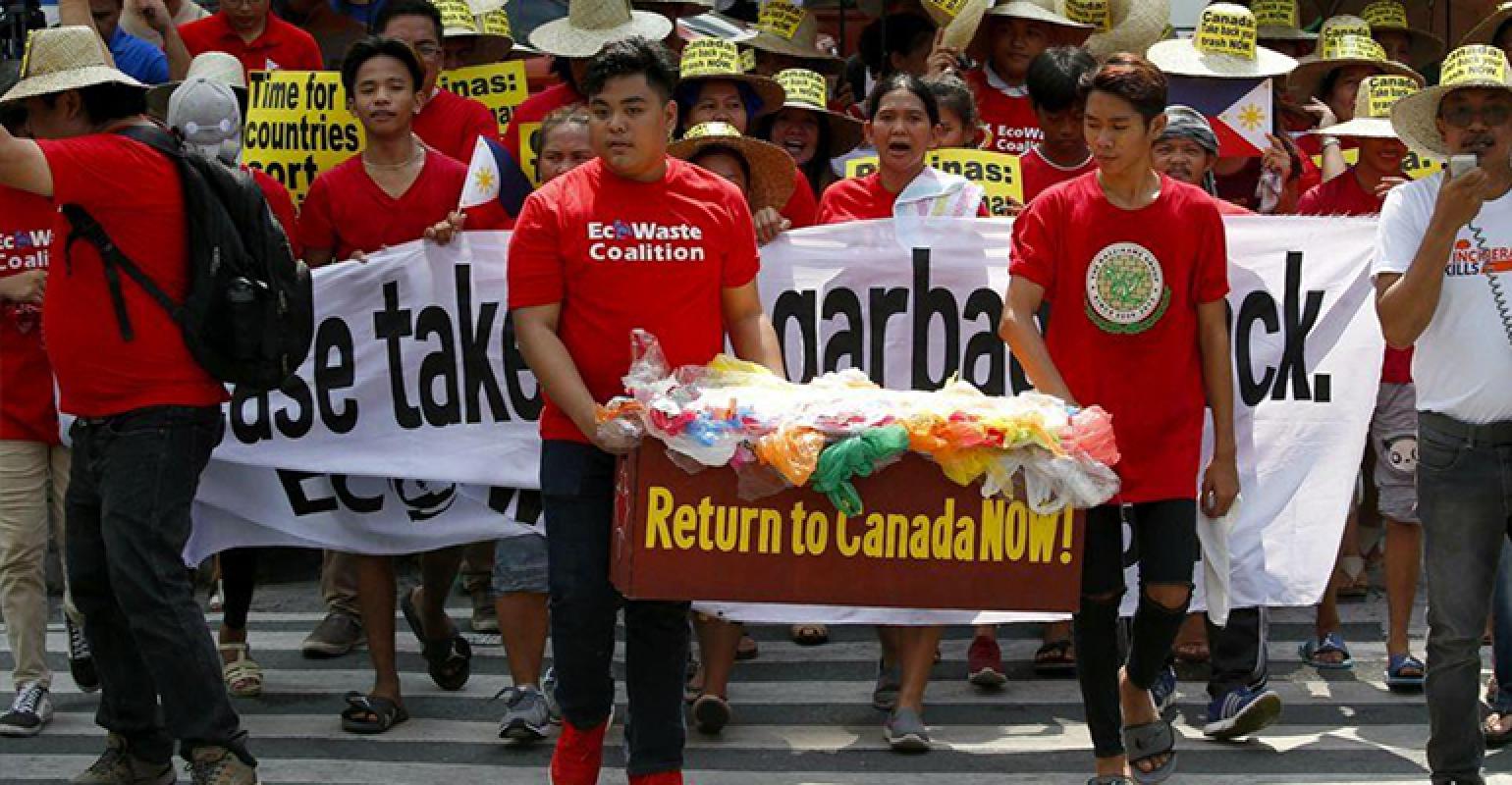 Trash Makes its Way Back to Canada from the Philippines

The ship transporting 103 containers of trash back to Canada is expected to dock at the Port of Vancouver on June 29.

More than 100 containers of trash concealed as mixed plastic recyclables are officially on their way back to Canada from the Philippines. The ship transporting the containers is expected to dock at the Port of Vancouver on Saturday morning.

This is the latest in a years-long legal battle between the Philippines and Canada over which country was responsible for roughly 2,500 tons of trash that was shipped to Manila in 2013 and 2014 from Canada. A private business in Canada had shipped 103 containers of trash labeled as mixed plastic recyclables to Manila several years ago. But those containers actually concealed an unsorted mix of electronic and household waste, including adult diapers.

The Canadian government eventually announced it would take back the containers of trash and e-waste after the Philippines president threatened to “declare war” on Canada. But after Canada failed to meet a May 15 deadline to take back its trash, the Philippines retaliated by recalling its ambassador to Canada.

Then, at the end of May, Canada’s federal government hired a private company to transport the trash back to Vancouver.

Containers of Canadian trash that have festered in the Philippines for years are set to be returned to Canada by ship on the long weekend the country marks its 152nd birthday.

The Anna Maersk is scheduled to dock at the Port of Vancouver with the containers of rot on Saturday at 10 a.m. PT.

It's the next step in a garbage saga that has led to a diplomatic dispute with the Philippines and drawn attention to the growing global problem of plastic waste.