Statewide EPR is Coming to the United States 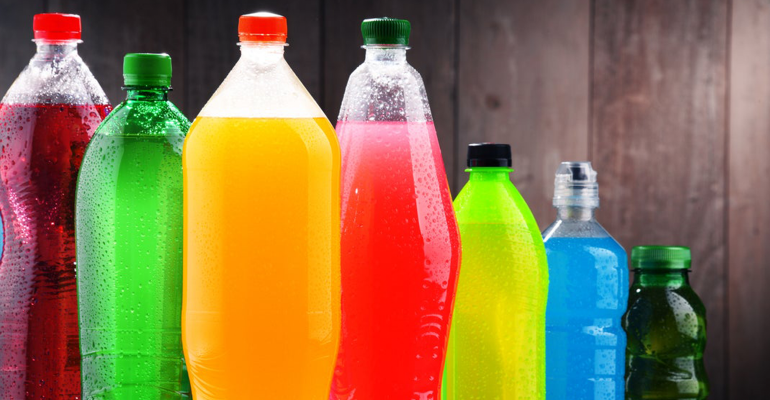 Day One of WasteExpo kicked off with a bang. Among the topics was a movement toward Environmental Producer Responsibility. Read on for an inside peek.

Statewide Extended Producer Responsibility (EPR) legislation is coming to the U.S., and soon. Oregon and Maine cleared bills that could land on their governors’ desks in days, and several more states are working on their own versions of these bills, which put onus on producers of products and packaging to pay to manage these materials at the end of life, as well as to design more sustainable packaging. That’s the basic premise of these policies, intended to drive a circular economy. But how it’s done can vary, as can outcomes, which has recyclers, producers of products and packaging, and governments asking a lot of questions. They will be the most affected.

Prominent stakeholders from different positions on the playing field shared their thoughts on this controversial topic at yesterday’s WasteExpo session: EPR: Where We Stand & Where We Are Headed.  Those who came out to speak to a packed house included  moderator Steve Changaris, Northeastern Region of National Waste & Recycling Association; and presenters Susan Robinson, Waste Management; Heidi Sanborn, National Stewardship Action Council; and Daniel Felton, AMERIPEN.

Among Robinson’s top concerns, which are shared among others in the solid waste arena, is that how recyclers’ contracts are handled could change significantly. And how financing flows to them could change too.

Currently the industry contracts with local governments to pick up and process their recyclables, but EPR could shift the relationship whereby producers could take over the job, which these companies feel could spell out trouble.

“A lot of energy is going into fee structures … and it’s important we get that money. We do not want brands to pick the winners. We want formulated funding,” Robinson said.

A carpet bill in California is not working because the producers in that industry had too much power; that’s the take of Sanborn who is working to bring stakeholders together to come to an agreement on policy that will level the field for all of them.

“Governments should be the ones to set policy and enforce it. And they should require transparency [among producers]. That’s what British Columbia’s program is focusing on, and it works generally well,” she told attendees.

Speaking on behalf of the packaging industry, which is the bull’s eye, Felton said some big questions are: How does money go out? What is equitable and fair? And who should be involved in the discussions?

“We agree the waste industry needs to be involved in the conversation. It will take time to figure out, but we can do it collectively,” he said.

Though he’s somewhat skeptical, commenting that intended outcomes have not necessarily been achieved where EPR has been implemented.

“It did not always drive packaging changes. We need to look at what’s done and then improve.”

Robinson has concerns beyond who recyclers work for and are paid by, though does not dispute that it’s time to look at policy to address a mounting waste problem.

“Our industry created policy about a year ago after saying no to EPR. We said maybe under some conditions we could live with it. So, we created key foundations that we said are must haves if we will at least be neutral to legislation. A big must have they decided is that laws have to support creation of end markets.

“We have to address the demand side if we are going to implement something that puts more supply in the system.

While the goal is to make producers responsible – for them to pay for the program and make it better – EPR does not create that demand,” she said. Meanwhile the solid waste industry has invested billions in infrastructure to process materials to be made into new, sellable products.

No one wants to pay to improve the system, but we are all paying through environmental impact, Sanborn said, speaking from the nongovernmental organization’s lens.

“Design and material source are huge problems that have to be reckoned with. That’s where most profits are and is why we need EPR. When companies pay at the end of life they start to care.”

She told the story of a company that took some initiative on its own: Saltwater Brewery who envisioned beer cans made of hops.

“It’s fish food [so it’s put to use at the end of life]. It’s creative and regenerative, but it’s not what we are doing [as a society]. There is no ecosystem sustaining itself now.”

There’s one point all three speakers agreed on: folks from each of their worlds needs to be in on discussions on what EPR should look like.

“EPR will replace or dramatically change our systems,” Robinson said. “I think it behooves us to participate in legislation. We have to be involved in creating plans or they will be written from the perspective of producers, not that of recyclers or communities.”

Felton’s perspective on the team talk?

“Bills will vary, so be at the table, not on the menu, and sooner rather than later. Know your legislatures. Bring them to your facility so they see how you do things and will call for your input [when they need more information].”

This desire to be in on the conversations is fairly new and Sanborn sees it as a big step.

It took six years to get California’s pharmaceutical bill passed and it happened because jurisdictions were passing their own laws and producers had no standard to go by.

“Our strategy was to get them one county at a time. In the end the pharmaceutical industry was begging to do it.  We were aspiring for harmony, and that’s what will happen for packaging,” she said.

Seeing what’s down the pike, AMERIPEN set up a task force to discuss financing EPR – what it might look like.

“We looked at how we would collect money if our industry put money out.  Who pays and how? We thought it should be brand owners, then brand trademark licensees or owners, then the first importer in the state. So we agree on who pays. But how to pay is what we are still talking about,” Felton said.

While they have not endorsed a fee type, they have looked at a few options including basing it on weight and type of material, per item fee, and revenue-based fee.

The next question for package producers was where should the money go?  Among priorities they identified infrastructure across the system; innovation and R&D including end market development; and consumer education to cut contamination.

The waste and recycling industry is moving forward too, recently getting involved in EPR policies in New York, Oregon, and Washington.

“Every state has different needs, and what will work in one place may not in another. So you look at what the problems are you are trying to solve, then build legislation [in that state] around that cause,” Robinson said.

It does appear that EPR is coming fast for packaging.

“I hope we can come up with something we all agree on. We have to move faster because the train is leaving the station It’s time for bigger discussions” Sanborn said.