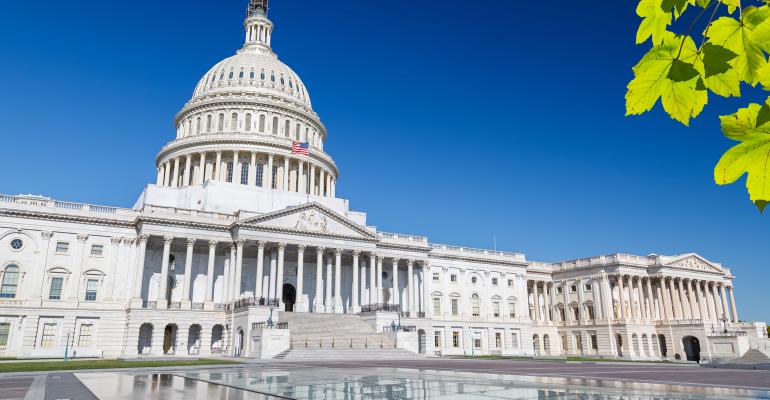 Congressman Harley Rouda (California-48), chairman of the House Oversight and Reform Subcommittee on Environment, held a press conference on September 26 to highlight per- and polyfluoroalkyl (PFAS) contamination across the U.S. and call for the inclusion of PFAS provisions in the final National Defense Authorization Act (NDAA).

“Access to clean water is a bipartisan issue,” said Rouda during the press conference. “We’re here today to draw attention to the nationwide PFAS contamination crisis and the need for Congress to take action. This contamination crisis is everywhere. Yesterday, the Environmental Working Group released a report detailing some of the PFAS levels throughout the state of California, including drinking water sources at 74 water systems serving at least 7.5 million Californians. More than 40 percent of these water systems had at least one sample that exceeded the health advisory level set by the U.S. Environmental Protection Agency (EPA).”

“California is not unique,” he added. “The state of Michigan has been undertaking extensive research efforts, and it’s time for other states and the federal government to take a leadership role. It is time for EPA to take immediate action in protecting human health and the environment. Continued inaction comes at the cost of American lives and natural resources.”

PFAS chemicals are manmade “forever chemicals” that have been linked to serious, adverse health outcomes in humans, such as decreased fertility, increased risk of thyroid disease, increased cholesterol levels and cancer. Americans who live at or near military bases or who live near industrial sites that manufacture, use or dispose of these toxic chemicals can be exposed to PFAS through their drinking water, soil, the air they breathe and the food they eat.

In July, the House of Representatives passed an amended version of the NDAA, which included PFAS-related provisions, including a provision that designates PFAS as “hazardous substances” under the Comprehensive Environmental Response, Compensation, and Liability Act (CERCLA), known as Superfund. By designating PFAS chemicals as “hazardous substances” under CERCLA, the House version of the NDAA makes “[o]wners, operators, transporters, and arrangers of PFAS jointly and severally liable for PFAS cleanup costs at Superfund sites.” The current Senate version of the NDAA does not include the CERCLA provision. The NDAA is currently in conference.

“The designation of PFAS as hazardous waste under Superfund is not a ban; it actually helps tackle the problem by giving clear guidance to the manufacturers,” explained Rouda. “Our local water treatment facilities should not be forced to bear the significant financial burdens of maintenance and cleanup efforts associated with contamination.”

Rouda said that is why he introduced HR 2570, the PFAS User Fee Act, to ensure that polluters pay for treatment costs. The measure passed through the House subcommittee on September 26.

BREAKING: My bill, the #PFAS User Fee Act of 2019 has been forwarded to the full @EnergyCommerce committee.

We are one step closer to holding toxic chemical manufactures accountable. https://t.co/gEhVz39Avx

“We need the EPA to act immediately and implement a three-part plan,” added Rouda. The plan would:

On September 25, EWG released new data on PFAS chemicals that are widespread in California drinking water sources that serve roughly 7.5 million people. All the detections in California’s water systems’ sources exceeded 1 part per trillion (ppt), the safe level endorsed by EWG, according to the report. More than 40 percent of systems had at least one sample with more than 70 ppt of total PFAS for the two most notorious fluorinated chemicals, perfluorooctane sulfonate (PFOS) and perfluorooctanoic acid (PFOA).

“The PFAS crisis has raised alarms nationwide, but it’s been under the radar in California,” said EWG President Ken Cook in a statement. “This new data shows that PFAS pollution in California is much more widespread than we knew, with almost one in five Californians served by a utility with at least some of its drinking water supply contaminated with PFAS.”

According to EWG, among the communities served by systems with high maximum detections of PFAS were Camp Pendleton, Corona, Oroville, Rosemont and eastern Sacramento suburbs.

“Treatment of high PFAS levels in drinking water sources doesn’t make the problem go away,” said EWG Senior Scientist Tasha Stoiber in a statement. “Water systems’ costs of dealing with the problem are often passed on to customers, and if a source has to be shut down, it’s a challenge to replace it, at a time when clean water supplies in the state are at a high premium. The PFAS contamination crisis affects everyone.”

The EPA has not yet set a national legal limit for PFAS in drinking water supplies, only a non-enforceable health advisory. EWG also noted that California’s water board has asked the Office of Environmental Health Hazard Assessment to develop public health goals for PFOA and PFOS.

Major sources of contamination are PFAS-based firefighting foams, industrial discharges into air and water and PFAS in food packaging and other consumer products.

Congress may soon adopt PFAS reforms included in the House and Senate versions of the NDAA. Provisions in the bill would end military uses of PFAS in firefighting foam and food packaging, reduce industrial discharges into drinking water supplies, remediate sites with the worst contamination and expand PFAS monitoring and reporting.

“We have to hold chemical companies, and, in fact, we have to hold the federal government accountable for the dangers they present to the communities they represent,” said Kildee during the press conference. “We are all working together to try to make sure that the progress we made in the House will continue as we go through the process of a final Defense Authorization Act. This is a bill that is going to go the president’s desk. It is something that will actually have an effective law and move us forward in assuring the public’s health will be protected. The provisions that we included not only address the need for additional cleanup but also will continue to dial back the use of these dangerous chemicals—whether it’s in firefighting foam or other uses—and gives us the tools that we need to hold the polluters accountable for the mess that they have made and for the danger that they present to the public.”

In the coming days and weeks, there will be a final NDAA brought forth, as members of the House and the Senate work to craft that language. Kildee stressed the importance of the public to demand that these provisions be included in the final legislation.

However, according to a Bloomberg Environment report, EPA Administrator Andrew Wheeler said on September 26 that legislation that would require the EPA to designate all PFAS as hazardous substances within one year isn’t feasible, as more scientific study is needed to understand how to clean up different PFAS compounds.

“You cannot use the same cleanup technology for all compounds,” said Wheeler, adding that different PFAS require different filters and other cleanup methods.” He also noted that the “science to understand what technologies could work for different compounds won’t be available in one year,” according to Bloomberg.