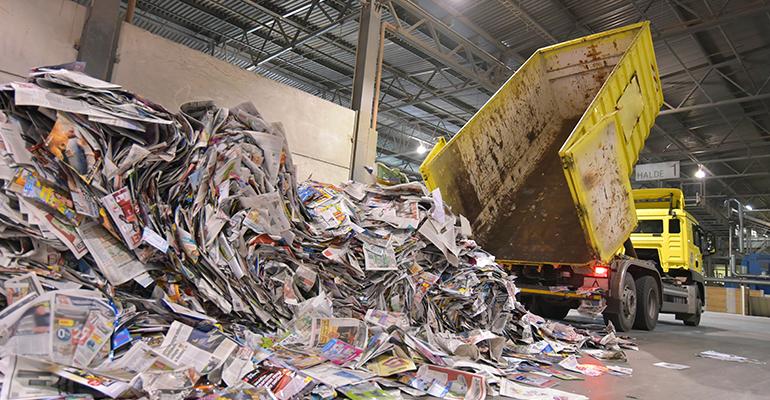 The report underscores the objectives behind China’s policies and the impact the regulations have had on China.

China has been a dominant player in the global recovered paper (RCP) business for some time. Since China began to implement new regulations for recycled material imports in 2016-17, “the global recycling industry has moved from turmoil to crisis,” according to Moore & Associates. Often not understood are the objectives behind China’s new policies and the impact the new regulations have had on China.

China’s central Ministry of Environmental Protection is responsible for policy development while China Customs and local governments manage implementation. Supply side reforms were first announced within China in November 2015, and import inspections started in January 2016. The government began to phase out the lowest-quality grades of RCP due to high levels of contamination and to monitor the scale of imports much more closely. The initial target was to reduce the types and quantities of imports and gradually replace imports with domestic substitutes by the end of 2019.

China continues to develop new policy frameworks to tackle pollution and improve environmental protection and is restructuring its ministries and import procedures in anticipation of future change. In June 2018, China’s State Council announced a new goal of zero solid waste imports by year 2020. The exact definition of “solid waste,” and the difference between “waste” and renewable resources, is not yet clear. While further clarification is expected, it is too soon to say the extent to which any specific grades of RCP will remain acceptable for importation.

One of the first impacts on RCP exporters was much greater difficulty in securing import permits for China. In the past, Chinese paper companies obtained their annual quotas for imports in the first few months of the year. With the new regulations, Chinese companies are required to apply for quotas on a quarterly basis, which increases the time required for the process for both companies and government import managers, resulting in much lower numbers of import permits.

In October 2018, China’s Ministry of Ecology and Environment announced a new organizational structure that includes a new Department of Solid Waste & Chemicals. The Inspection and Quarantine Unit that oversees import inspections was moved to China Customs. Because this restructuring will take some time to put in place, more regulatory change is not anticipated in the near future. For example, a leader for a new group that will focus on waste identification, or distinguishing waste from renewable resources, has not yet been identified.

NPS Partners’ new report identifies some of the key impacts of the new regulations in the Chinese paper industry, as follows:

Overall, total paper and board imports into China actually grew by 1.5 million tons in 2018, a 34 percent increase over 2017.

NPC Partners point out that the Chinese government has more work to do in terms of defining waste paper more specifically and that has the potential to change current policies in future. Chinese investment overseas is likely to expand in search of additional sources of fiber. As mixed paper is phased out, it is expected that use of virgin fiber will increase in China.

Given the new landscape, NPC Partners suggests strategies that may be productive for RCP companies outside of China:

Finally, China will need additional fiber beyond what it can supply domestically. NPC Partners’ new report provides multiple quantitative scenarios for old corrugated containers, old newsprint, mixed paper, containerboard and recycled pulp that will give exporters extensive data and insights from which to assess RCP demand and align with changing fiber market needs in China.