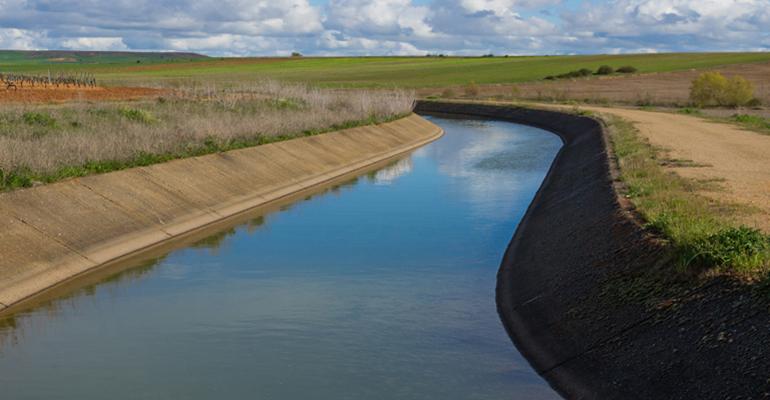 In this month’s edition of Business Insights, we take an initial look at PFAS, including the current regulatory status, as well as early estimates on the future direction.

In this month’s edition of Business Insights, we take an initial look at per- and polyfluoroalkyl substances (PFAS), including the current regulatory status, as well as early estimates and thoughts on the future direction. Given the evolving nature and complexity of this issue, we would expect this to be the first of a number of pieces on this topic.

PFAS—What Are They and Why They Matter

PFAS are chemical compounds often called “forever chemicals” given their resistance to breaking down in nature. It is estimated that there are anywhere between 4,500 to 6,000 variants of these compounds, and they are virtually ubiquitous in our lives. Although primarily associated with products like firefighting foam and non-stick applications like Teflon and Scotchgard, PFAS are found in numerous other everyday products like clothing and even food packaging.

As a result, it is estimated that 98 to 99 percent of Americans have some level of PFAS in their bloodstreams, likely through drinking water, though other mediums (food and air) also transmit them. At certain levels of toxicity or concentration (still underresearched and not fully determined), PFAS pose human health concerns, as dramatically portrayed by the recent movie “Dark Waters,” including cancers and growth/developmental delays in children. According to the nonprofit organization Environmental Working Group, water tests show that as many as 110 million Americans are drinking water contaminated with PFAS.

States Take the Lead with Regard to Regulation

PFAS are not currently regulated by the U.S. Environmental Protection Agency (EPA) under the Safe Drinking Water Act (SDWA), thus there is no maximum contaminant level (MCL) standard on a national basis, and there is no federal law to require water utilities to test for them. However, given the increased recognition of the issue and associated health risks, a number of states are moving forward with their own regulation, and the results vary widely. As reported by the Environmental Business Journal (EBJ) in a November 2019 webinar “The PFAS Era,” more than 15 states have, or have proposed, some type of PFAS drinking water standards, and they are literally all over the map, with New York proposing less than 20 parts per trillion (ppt) to Nevada with a level of 70 ppt. Many other states are awaiting federal leadership before moving forward. There has been some pushback, however, as a judge in New Hampshire recently granted a preliminary injunction against required testing for PFAS in water systems, wastewater treatment plants and landfills, calling for a more thorough cost-benefit analysis before implementation.

Although states have taken the lead on the regulatory front, there has been federal action as well, with the promise of more to come. The U.S. Department of Defense is arguably taking the initial federal lead, as PFAS have been found at 425 military sites, and in high concentrations, given the extensive use of firefighting foam in training exercises. The National Defense Authorization Act (NDAA), which was signed into law last month, limits the use of firefighting foam containing PFAS and adds two known dangerous forms of PFAS—perfluorooctanoic acid (PFOA) and perfluorooctane sulfonic acid (PFOS)—to the Toxics Release Inventory, which requires tracking and reporting. More importantly, however, was what was left out of the final bill. The NDAA does not designate PFAS as hazardous substances under the Comprehensive Environmental Response, Compensation, and Liability Act (CERCLA or Superfund), which would have additional testing and remediation ramifications, nor does it direct the EPA to set a national drinking water standard, or MCL, for PFAS under the SDWA.

Although the EPA received a reprieve in the NDAA, PFAS is one of the few areas where the EPA seems poised to move forward with regulation, rather than the deregulation that has characterized many of the EPA’s actions under this administration. The EPA is working on an overall PFAS Action Plan. Thus far, the EPA released PFAS groundwater guidance for federal cleanup programs. The agency set a screening level of 40 ppt (but just for PFOA and PFOS), which would trigger further attention, and set 70 ppt as a preliminary remediation goal for contaminated groundwater that is a current or potential source of drinking water. Since PFOA and PFOS have been largely phased out of current production in the U.S., this would primarily pertain to cleanup of sites. There has also been action in the House, as bipartisan bill H.R. 535, the PFAS Action Act, was introduced, which would require the EPA to designate all PFAS as hazardous under CERCLA (potentially kicking off more widespread cleanups) and set a national primary drinking water standard, among other things.

As previously noted, military sites are an early focus, and the cleanup of more than 400 military bases is expected to cost about $2 billion. The Centers for Disease Control and Prevention has awarded $7 million in grants to begin multisite PFAS health studies in communities to better understand the health effects of PFAS in drinking water, which may help move the needle beyond action at military sites. Environmental engineering firms are viewing PFAS remediation as a multibillion-dollar total addressable market in the U.S. alone. Based on the EBJ’s 2019 Remediation Markets Survey (also highlighted in the aforementioned webinar), extraction and granular activated carbon filtration was the most commonly used treatment for groundwater (28.2 percent), while excavation and incineration was most commonly used (20.3 percent) for soil remediation. To a lesser extent, resin/ion exchange (14.8 percent) and capping (11.9 percent) were used for groundwater and soil remediation, respectively.

Unsurprisingly and understandably, the solid waste industry’s fairly standard response to potential implications from the PFAS issue is “too early to speculate or gauge the impact.” The industry is certainly (along with so many others) in a wait-and-see mode with regard to more research and standards. However, given the ubiquitous nature of PFAS as we’ve discussed, there’s likely to be some level of PFAS in landfill leachate, as the landfill is the ultimate repository. As a result, solid waste participants are watching and tracking the issue, and the National Waste & Recycling Association and Solid Waste Association of North America have out some preliminary issue briefs or fact sheets.

On one hand, solid waste landfill owners are bonding together in Wisconsin, educating the public and noting that landfills are NOT a source of PFAS and shouldn’t be accountable as one. On the other hand, states with more restrictive PFAS regulation are also paying attention—Vermont has made a PFAS plan a prerequisite for Casella Waste Systems, receiving an expansion permit. In states with drinking water PFAS MCLs, increased testing of landfill leachate is more likely, with potentially more treatment required (either onsite or at the publicly-owned treatment works, using carbon filters typically), depending on the levels found, which would add more upward pressure to leachate costs. But, as was noted in a summer 2019 Environmental Research & Education Foundation presentation on PFAS, leachate appears to represent a minor fraction of PFAS loading to wastewater treatment plants (the primary disposal method for leachate), and generally there is no direct exposure to PFAS in leachate and wastewater as these are treated.

We expect to get more specific information about the intersection between the PFAS issue and the solid waste industry at Waste360’s Global Waste Management Symposium, to be held in February this year, where PFAS is the subject of two full sessions.