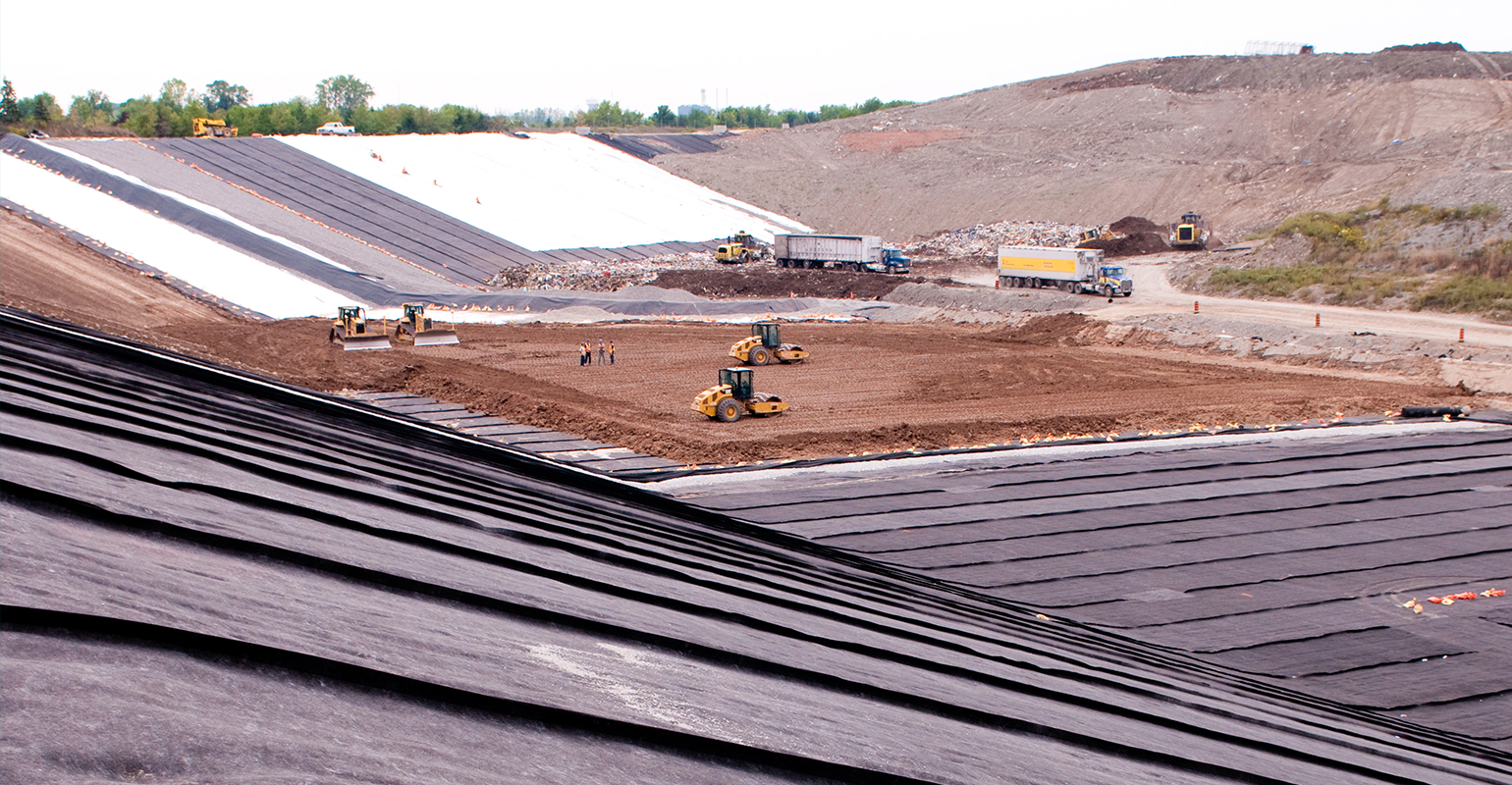 Ontario has 122 million tons of landfill capacity, which should last until 2032, estimates the Ontario Waste Management Association (OWMA) — but the province’s last landfill may have been built for some time, if not indefinitely.

New legislation, the COVID-19 Economic Recovery Act (Bill 197), could prevent new construction, according to Mike Chopowick, CEO of Ontario Waste Management Association. The bill will not only require host municipalities to approve new landfills, but  it also will require approval by any municipality within about 2.2 miles of a proposed site. Bill 197, written by The Ministry of the Environment, Conservation and Parks, is part of the Environmental Assessment Act, which regulates the landfill approval process.

Chopowick contends that the legislation was clearly designed to prevent construction of a proposed landfill in a township called Zorra in southwestern Ontario.

The Ministry of the Environment says otherwise, commenting it has enacted Bill 197 after hearing from over 150 Ontario jurisdictions that they wanted more say in the construction of nearby disposal sites and that municipal support in the approval process is key to reducing local conflicts when operating landfills.

“The Zorra landfill project is already several years into the process," Chopowick explains. "They had done several public consultations and technical studies. And this legislation scuttles that proposal. That was disappointing for our industry because the bill voids a process where they had already invested considerable time and money, and it applies retroactively. It also sets a precedent for every future landfill proposal in Ontario."

In general, getting approval to build a landfill involves showing stormwater management plans, conducting engineering studies and truck transportation studies. Developers must prove the project will not adversely impact the surrounding communities.

“It’s a rigorous process, and the new requirement for municipal council approval adds more rigor; it’s clearly a political checkbox,” says Chopowick, who contends that some politicians worry that they will not get re-elected if they support new landfill construction.

Members of his association, to include about 200 private waste companies and 60 municipal operations, are vigorously lobbying the government in objection to the bill. Walker Environmental, who agrees that the legislation was targeted to stop its project, was the only waste operation available to speak to Waste360. Waste Management and a few other waste companies operating in the province declined interviews.

The Ministry of the Environment has been meeting with association members to discuss the issue and shares their concerns over finite landfill capacity, but the government and the association have not come to an agreement.

Gary Wheeler, spokesperson for the Ontario Ministry of the Environment, Conservation and Parks, punctuates the province’s commitments to reduce and divert waste from landfills and says the Ministry will continue to work with the OWMA to help increase diversion while managing large new landfills responsibly with consideration to requirements for design, operation, closure, post-closure care and financial assurance.

“That being said, the province has regulation-making authority that could be used to provide exemptions to the requirement for a landfill proponent to obtain municipal support - for instance, if there are circumstances that impact the proper disposal of waste or where the province’s landfill capacity is threatened. An example would be the closure of international borders to the shipment of Ontario waste or in the case of a natural disaster," Wheeler says.

Meanwhile, Ontarians are now sending almost 12 million tons of waste to landfills every year, which equates to 70 percent of its material, and the tonnage has increased. In 2018, Ontario residents sent 750,000 more tons of trash to landfills than in 2008.

About one-third of that garbage is trucked to landfills in the United States. But this disposal option is “increasingly precarious politically, especially now that Ontario has shown itself to be unwilling to build its own new landfills,” Chopowick says.

That waste is exported mainly to Michigan, New York and Ohio. Admittedly, says Chopowick, there is a business case to do so.

Disposal costs are lower in those regions than in Ontario, and the geography is practical. About 14 million Ontarians live mainly along a major highway running across the southern stretch of the province, which leads to Detroit.

“It’s not necessarily bad to send to the U.S. If they have low tip fees it makes sense, but the problem we will face is that exporting from Canada is potentially politically unpopular. Michigan’s governor is on the record for saying she would like to stop imports to her state from Canada.  If the U.S. halted or restricted movement across the border, Ontario would have a major waste crisis,” Chopowick says.

Mike Watt, who runs Walker Environmental, says that the mayor from Ingersoll, which is adjacent to Zorra where Walker Environmental has been trying to build, has for the last three years tried to get municipalities to pass resolutions to ask provinces for more say in landfill siting.

“Meanwhile, we spent eight years and multiple millions of dollars in environmental assessments, and the province changed the process at the eleventh hour,” says Watt.

“Most municipalities probably would not want adjacent jurisdictions to have that authority," he says. "So, we are spending time explaining what this legislation would mean for them."

Walker Environmental has not actually met opposition to the Zorra project to build what Watt calls critical infrastructure. The need, he said, is Ontario-wide, but he chose Zorra after completing a site selection process looking at travel distances between transfer stations and waste generation sites.

The company is continuing with its environmental assessment, which is nearly complete, “and then we have to make a corporate decision on what our next steps will be,” says Watt.

He’s worried that if municipalities near host towns can disapprove a landfill project, other important infrastructure could be next.

“Landfills and quarries in particular are essential infrastructure and society would come to a halt without them,” he says, adding that if adjacent municipalities have veto power, no private company will likely invest in new landfills.

There are several expansion projects underway in Ontario, and Bill 197 will not affect these project types.

With priorities to reduce waste, divert more, and slow the number of landfills needed within the next two decades, the province is expanding green bin or similar collection systems; considering options to ban food waste from landfills; supporting safe food donation and is starting to make producers responsible for the waste they create, says Wheeler.

Still, the province has estimated it will need 16 new or expanded landfills by 2050 to continue to accommodate its waste. And Chopowick says diversion and recycling will not negate that need.

“Even though we need to do a better job on recycling, with 70 percent going to landfill now we are very far away from reaching a point where recycling will solve our waste problem," he indicates.

The solution, he argues, is to start building landfills now or at least get the processes underway.

“It takes 7 to 10 years to get approval, and our population and economy are growing. I don’t think any jurisdiction wants to be in a position where they are one or two years away from running out of capacity before they start to come up with a solution,” he says.