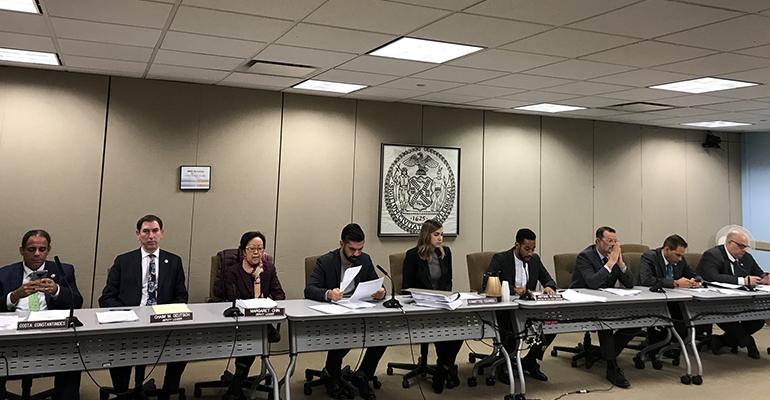 The City Council’s Sanitation Committee moved a controversial waste zone bill to the full council, which is expected to vote on the measure on October 30.

In a 6-2 vote on October 29, New York City Council’s Sanitation Committee approved legislation that would divide the city into at least 20 commercial waste zones with up to three private haulers to serve each zone.

Earlier this month, the City Council announced amended legislation negotiated with the Transform Don’t Trash NYC coalition to overhaul the commercial sanitation industry through commercial waste zones. Council Member Antonio Reynoso, chairman of the Committee on Sanitation and Solid Waste, had pointed out that the latest version of the bill includes several key changes from the original bill unveiled earlier this year.

Back in May, Reynoso introduced his version of a bill to create a citywide commercial waste zoning system that would authorize the city to create a commercial waste zone system that would divide the city into at least 20 zones with each zone serviced by one carter. This was much different than the plan initially unveiled in 2018 by the City of New York Department of Sanitation (DSNY), which stated the city would be divided into 20 zones, each served by three to five carters selected through a competitive process.

Under the latest bill, private carters will need to meet baseline standards to be eligible for a zone and their proposals will be judged based on their plans to improve safety, recycling, pollution and job quality. The revised bill caps the number of private carters in any zone at three.

According to the New York Post, the bill appears to have more than enough support to be approved during the October 30 council meeting. However, Councilman Chaim Deutsch (D-Brooklyn), one of the committee members who voted against the plan, was among 11 council members who fired off a letter Monday to Reynoso and DSNY Commissioner Kathryn Garcia demanding they delay action on the legislation so the public can have time to weigh in on the revisions, reports the Post.

“Today’s City Council vote (on Intro 1574-A)—without a single public hearing—insures that ‘private carter’ will be replaced by ‘DSNY Franchisee’ as the city takes over full responsibility for the commercial waste system, which handles 12,000 tons of waste, recyclables and organics every night,” according to a statement released by Kendall Christiansen, executive director for New Yorkers for Responsible Waste Management. “We are more than disappointed that this misguided law will destroy dozens of local companies, many with 50 years or more of service, and displace hundreds of workers (mostly people of color, and many second-chance, making good money for hard and thankless work). Just like when Los Angeles eliminated competition as the basis for this essential service, no choice, price increases and declining service will become very real to New York’s businesses and industries, with questionable environmental benefits.”

A City Council committee on Tuesday green-lighted a controversial Mayor de Blasio-backed bill that will overhaul the commercial waste-collection industry in New York.

The legislation, approved 6-2 by the Sanitation Committee, would divide the city into at least 20 zones with up to three private carters selected through a bidding process to serve each zone.

The bill appears to have more than enough support to be approved at Wednesday’s council meeting.