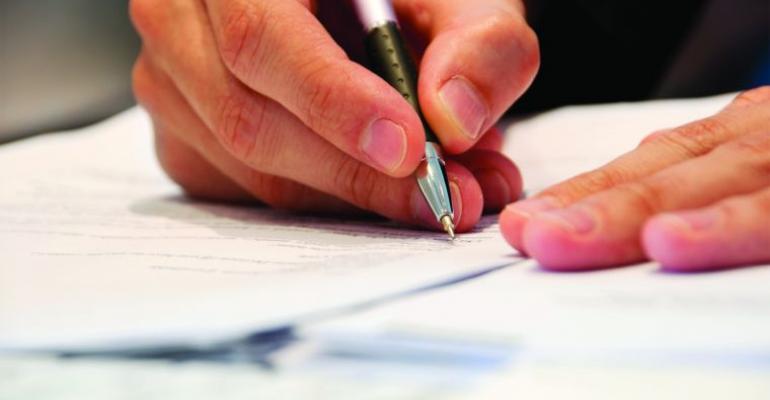 Eight business groups distributed a letter to council members on June 3 urging them to “refrain from endorsing or sponsoring legislation introduced last week.”

On May 29, Reynoso introduced his version of a bill to create a citywide commercial waste zoning system that would divide the city into at least 20 zones with each zone serviced by one carter. This is much different than the plan initially unveiled in 2018 by the City of New York Department of Sanitation (DSNY), which stated the city would be divided into 20 zones, each served by three to five carters selected through a competitive process.

Under Reynoso’s bill, commercial carting companies would engage in a competitive bidding process, through a request for proposal (RFP) process conducted by DSNY for the right to operate within these zones. The RFP process would require bidding companies to comply with certain baseline standards. According to the measure, a number of other criteria would be weighted competitively, requiring companies to demonstrate how they can best meet the needs of a given zone, while raising environmental, labor and safety standards.

Here is the joint letter regarding Intro 1574:

This is an urgent letter to respectfully request that you refrain from endorsing or sponsoring legislation introduced last week (Intro 1574) by Councilmember Antonio Reynoso that proposes to severely restructure the city’s system for managing commercial waste.

Representing a broad swath of the city’s businesses, the undersigned organizations represent tens of thousands of brick-and-mortar operations that struggle with a wide array of increasing regulations and costs. We are extremely concerned about the many significant risks associated with Reynoso’s proposal—including the likelihood that yet another operating cost of the city’s brick-and-mortar businesses would be substantially increased. We also are concerned about the real possibility of declines in service, as many of our member companies rely on existing and long-standing relationships with their chosen carter.

The proposal also would risk eliminating dozens of locally-owned waste and recycling service companies—many that are small and multi-generational - and the jobs of hundreds of their employees, including many that are “second-chance” workers.

The proposal advanced by Reynoso’s legislation would replace the existing and successful open-market system in which every business determines what waste service provider (aka carter) it retains, what services it provides and the cost of those services. Instead, Reynoso proposes a severe “monopoly” system with the city drawing geographic zones on a map and picking just one company to operate in each “monopoly” zone—eerily reminiscent of the “cartel” system that existed prior to 1996, except now to be managed by the Department of Sanitation.

Under his proposal, just two (2) waste service providers could control the entire city.

As we expressed in the recent letter published in Crain’s, that solution would be a disaster for New York City; in fact, it is not supported by the Department of Sanitation which determined it to be too risky, nor was it endorsed by DSNY’s advisory committee on which several of us served.

In fact, we believe that many of the presumed benefits – more recycling, less noise and congestion, etc. - can be better addressed through incremental collaborative improvements, instead of advancing a political agenda. Our initial review of Intro 1574 suggests that all of its goals can be advanced through the existing regulatory system – without giving DSNY the ability to pick just one company per zone. By early 2020, the waste services industry is likely to be reduced to just thirty (30) companies, which also will help achieve many of the city’s new goals without a zone system.

In July 2017, the City of Los Angeles recently implemented such a monopoly-zone system; now just seven companies control eleven zones—resulting in prices that doubled, tripled and quadrupled; declines in the quality of service; and new special charges (which the City just agreed to pay); and most recently, an alarming increase in illegal dumping in downtown LA. Its elected officials—including its Council Speaker—have repeatedly expressed buyer’s remorse, saying “we should have made a different choice,” with the two-year-old system now the subject of negotiation and litigation. Based on LA’s experience, the San Diego City Council recently rejected a zone-based plan, as did Chicago several years ago.

While we share the city’s interest in environmental and operating improvements for this essential service, after nearly three years of consideration no clear consensus has been achieved as to whether and how the commercial waste system should be restructured.

As a consequence, we respectfully believe that Councilmember Reynoso’s Intro 1574 is misguided, unnecessary, extremely risky for the effective operation of this essential service, and could in fact delay progress. In July 2016, many of us made similar arguments in a letter to Mayor DeBlasio and Commissioner Garcia, and subsequently in a letter to Speaker Johnson.

Based on our study of this issue, we believe the city’s interest in improving the commercial waste system would be much better served by one or more alternative approaches that maintain and build on the many benefits of the open market system.

Please consider withholding your endorsement of the Reynoso proposal until we have the opportunity to discuss this matter with you in person. We will be in touch with your office to arrange that discussion.

Bodega Association of the U.S.