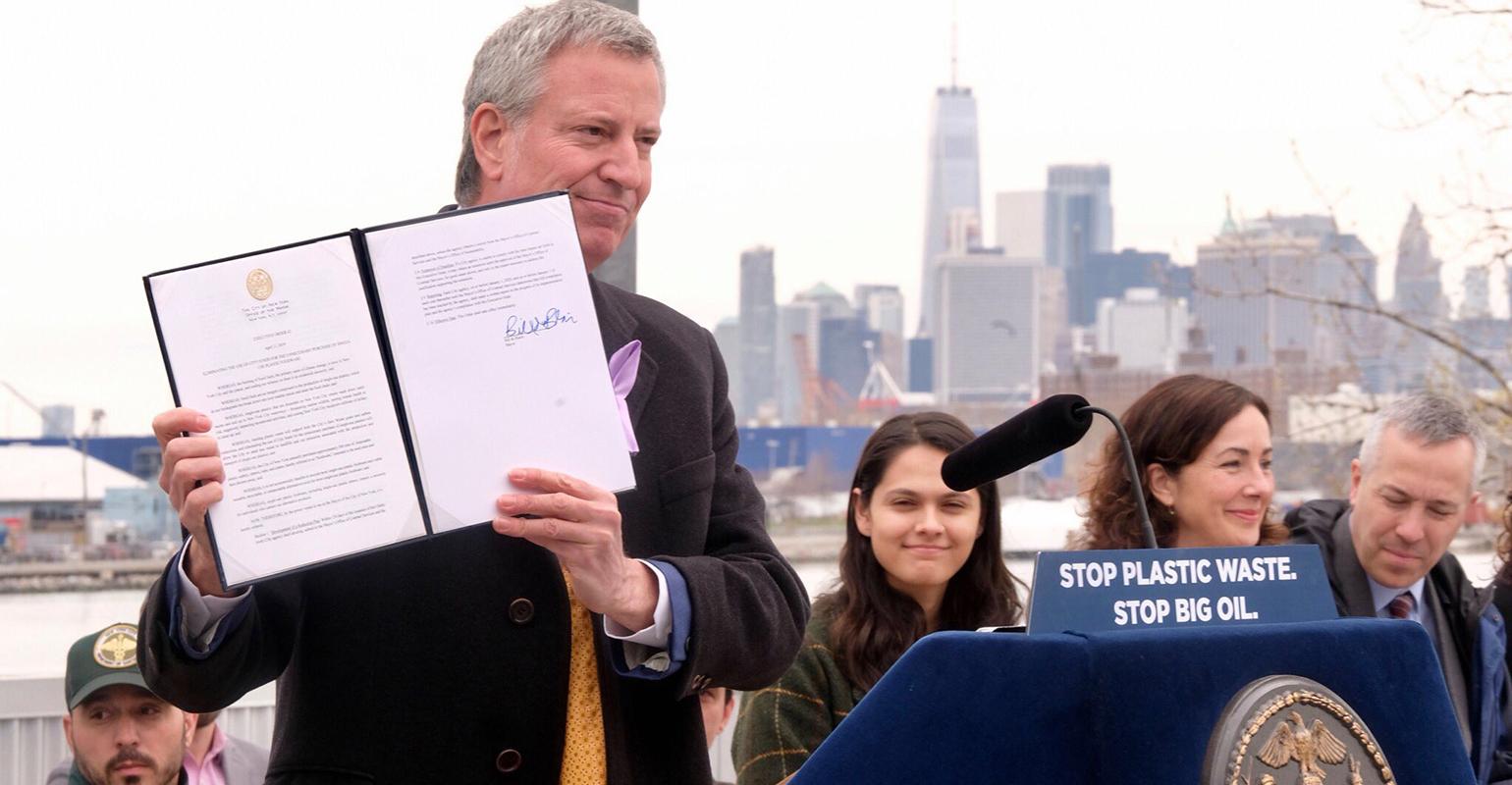 The ban takes effect immediately; all government agencies will have to comply within 120 days with full implementation by the end of 2019.

New York City Mayor Bill de Blasio signed an executive order on April 11 banning the city from purchasing single-use plastics. De Blasio announced the signing of the executive order from Sims Municipal Recycling in Brooklyn, N.Y., calling it one action with more to come in the city’s fight against climate change.

The ban takes effect immediately, and all government agencies will have to comply within 120 days with full implementation to be in place by the end of 2019, UPI reports. The executive order prohibits any city agency from purchasing plastic food ware and instead orders them to supply compostable or recyclable alternatives.

Four years ago, de Blasio announced the city’s plan to reduce the amount of waste disposed of by 90 percent by 2030 and send zero waste to landfills by that point. He presented that plan with the release of OneNYC, which calls for a sustainable and resilient city. Solid waste and environmental goals are a cornerstone of the plan.

The executive order prohibits city agencies from purchasing plastic food ware, such as utensils, straws and cups, while ordering them to supply compostable or recyclable alternatives instead.

Exemptions are in place for emergency and medical purposes and for those with disabilities who require single-use plastics.