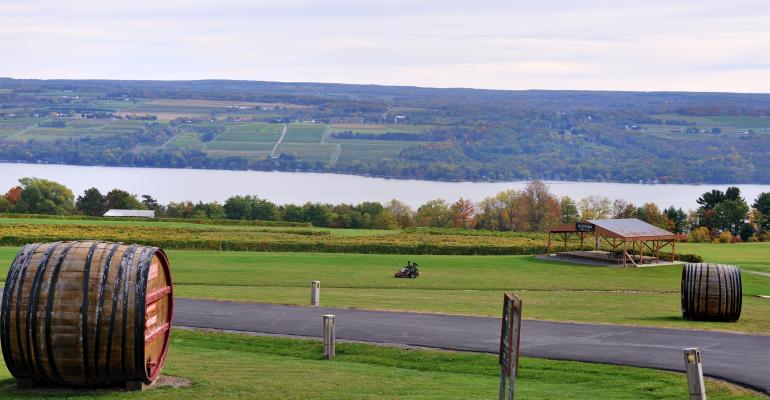 New York Gov. Andrew Cuomo on May 24 signed a bill into law that would ban trash incinerators in the Finger Lakes region.

The Finger Lakes Community Preservation Act prohibits the siting of a waste-to-energy (WTE) facility in the Finger Lakes Watershed. The law is intended to preserve communities, sensitive ecosystems and the region's economy by protecting farmers and local wineries in the Finger Lakes from adverse environmental impacts.

Earlier this year, New York State lawmakers introduced bills that would prohibit developers from building garbage incinerators in the Finger Lakes Watershed. Circular enerG had proposed building a $365 million WTE facility in Romulus, N.Y., between lakes Seneca and Cayuga. The facility would burn up to 2,640 tons of waste per day and draw 445,000 gallons of water a day from Seneca Lake.

"The Finger Lakes region remains one of New York's must-see destinations with some of the most beautiful natural resources in the world. It is crucial that we protect it," said Cuomo in a statement. "We are not willing to put the region's economy, public health and quality of life at risk."

Under the law, WTE facilities will be prohibited from receiving a certificate of environmental compatibility and public need if the facility is: within the Oswego River/Finger Lakes Watershed; there is at least one landfill or other Department of Environmental Conservation permitted solid waste management facility operating or located within a 50-mile radius of the facility; and within 10 miles of a state-designated priority water body, pursuant to Environmental Conservation Law.

New York State took a significant step in the fiscal year 2020 budget to help reduce waste destined for landfills, fight climate change and boost food donation with the Food Donation and Food Scrap Recycling Act, which launches a new organics recycling program. The measure requires many of the state's largest generators of food waste to separate food scraps into wholesome food that can be donated to those in need and food to be transported for organics recycling, such as through composting. Organic materials make up about 30 percent of municipal waste, comprising more than 3 million tons per year.

"This new law advances our efforts to preserve and protect communities in the Finger Lakes that attract visitors year-round," said Lt. Gov. Kathy Hochul in a statement. "The Community Preservation Act will help to ensure that the area's ecosystem and natural resources are not contaminated. Businesses, farms and vineyards continue to grow the tourism industry in the region, and we are committed to building on our efforts to strengthen the economy and keep the environment clean and safe for years to come."

Waste reduction initiatives like the Food Donation and Scrap Recycling Act, the ban on single-use plastic bags and the recent approval of the first standalone large-scale anaerobic digester in the New York City metropolitan area are part of New York's strategy to prevent solid waste generation through changes in behavior and changes in products, packaging and purchasing.