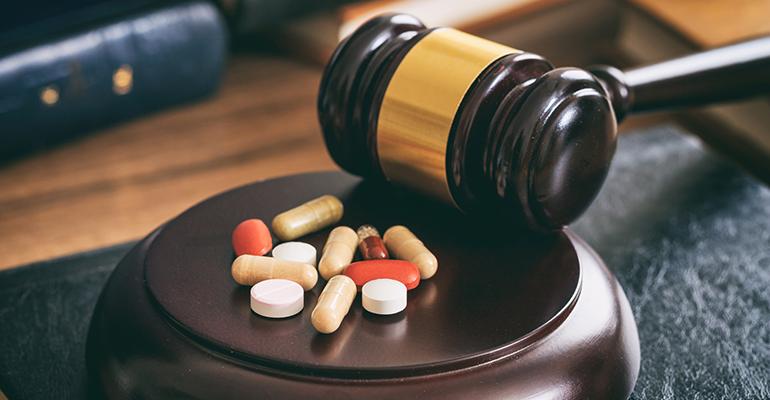 Part two of a two-part series looks at enforcement trends and practical steps facilities can take to ensure compliance under EPA’s finalized rule.

That’s something that Cara Simaga, director of regulatory affairs at Stericycle, a healthcare waste management company, has noticed with a handful of the companies she works with. On top of that, she has seen confusion on the enforcement side of things.

“But what I see the most is a lot of confusion on P-listed waste management by the regulator who visited the facility,” she adds.

When inspectors visit a facility, they refer to a manifest to determine the proper weight of hazardous waste pharmaceuticals when defining generator status. However, at times, the inspector will inadvertently tell the facility it is over the limit and should be registered as a large quantity generator rather than as a small quantity generator.

Plus, there can be inconsistency between states on how they weigh P-listed waste. States can refer to the EPA’s Hazardous Waste E-manifest System to see what facilities actually ship and generate.

“One thing I’ve seen when regulators have gone to my customer sites is sometimes my customer doesn’t always explain every aspect of their program very well—sometimes because they are nervous an inspector is there, or they forget to tell them something,” explains Simaga. “Then, there are different ways that some states have interpreted how to enforce, say P-listed items, and what is and is not P-listed. In those cases, I always encourage conversation. At the end of the day, we all want the same thing, so let’s talk about it.” 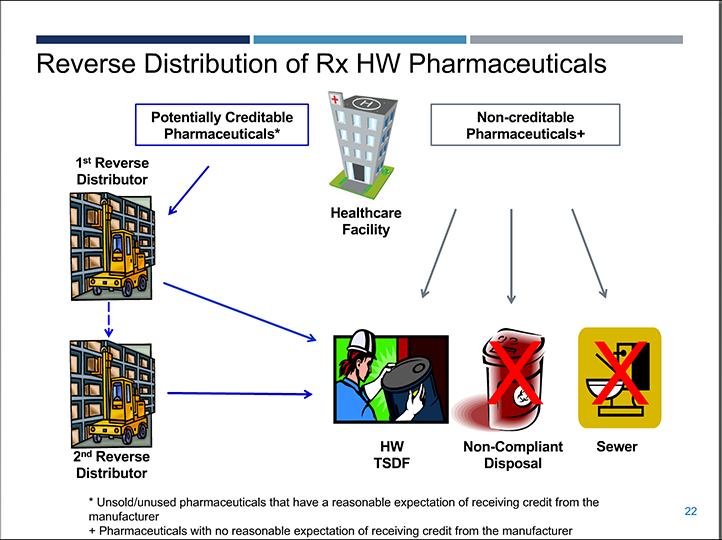 When it comes to enforcement regarding hazardous, controlled substance and medical waste, Elise Paeffgen, a Washington, D.C.-based attorney for Alston & Bird's Environment, Land Use & Natural Resources Group, has seen the following trends:

Hazardous Waste: Under the finalized rule, inspectors will continue to look at how hazardous waste and hazardous waste pharmaceuticals are managed onsite. For instance, are containers closed, are they appropriate for the waste and are they labeled correctly?

“We see a lot of enforcement actions already based on inspections pursued along those lines,” explains Paeffgen. “I think that will continue, but I think it will be particularly tricky around the time the rule takes effect and if the state and facilities around that time are complying with the new rules. Be very mindful of what’s coming and have a plan in place and ready to implement.”

Controlled Substances: When it comes to enforcement trends around controlled substances, Paeffgen notes the focus will be more on reverse distributors. To comply with the rule, facilities should ensure everything is in place for accurate recordkeeping and inventory. She adds that because U.S. Drug Enforcement Agency regulations aren’t really written with reverse distributors in mind, it could be a learning curve for some to improve their current practices.

Medical Waste: Medical waste is regulated at the state level, so Paeffgen believes enforcement will continue through the individual state. However, she has seen recent enforcement when there has been a comingling of hazardous waste pharmaceuticals and medical waste. “You might have a sharp that is combined in a red bag with a pharmaceutical, and that’s something that shouldn’t be done; they are separate waste streams,” she points out.

Stericycle has been preaching to its clients that they should, first and foremost, know whether they are considered a healthcare facility and if rule even applies to them.

“That’s obvious if you’re a hospital or doctor’s office, but the EPA has come up with its own definition of healthcare facility, which basically means anyone providing care and/or distributing or selling a pharmaceutical,” explains Simaga. “When you look at the definition of pharmaceutical, you’ll find that even an electronic cigarette is considered a pharmaceutical. If you extrapolate that, even a vape shop is regulated under this rule.”

Facilities also need to be aware of their generator status, which is based on the amount of hazardous waste they generate every month. And that status could change over time.

“If you are a small or large quantity generator today, you have to follow this rule. It is not an option,” adds Simaga. “Knowing that this definitely applies to you by knowing your generator status is very important. That’s something that we see facilities struggle with.”

“What we’re telling folks is that if you don’t know where your solid waste goes, you might want to consider still collecting these items as a hazardous pharmaceutical waste just to be on the safe side until we see that all states have adopted the rule,” she explains. “That way you know that you’re not sending your waste to a facility that cannot accept it.” 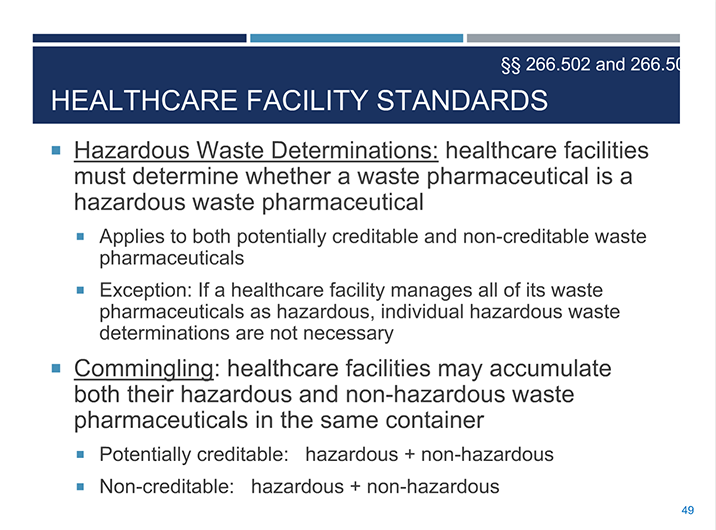 Although Paeffgen expects to see an initial ramp up in training at healthcare facilities to ensure their policies and procedures are in line with the regulations, at the end of the day, she sees the finalized rule reducing the overall compliance burden.

However, she believes things could get particularly complicated at the end-of-lifecycle waste distribution across state lines.

“There seems to be a misconception that if you’re located in one state that you cannot send it to a reverse distributor in a state that hasn’t adopted the rules, and that’s not accurate,” explains Paeffgen. “It’s really a case-by-case, factually specific inquiry. What is the waste stream, how is it treated in your state that has adopted the rules and is it maybe more stringent than the current rules in the state you would be sending it to? Those parts of the requirements change when the waste crosses state lines, and that’s going to be really tricky for all parties involved—healthcare facilities, reverse distributors and disposal companies. EPA made the point that they struggle with this in every RCRA rulemaking, but I think it will be particularly challenging here.”

Read part one, which breaks down how EPA’s finalized standards will impact healthcare providers, retailers, pharmacies and reverse distributors.