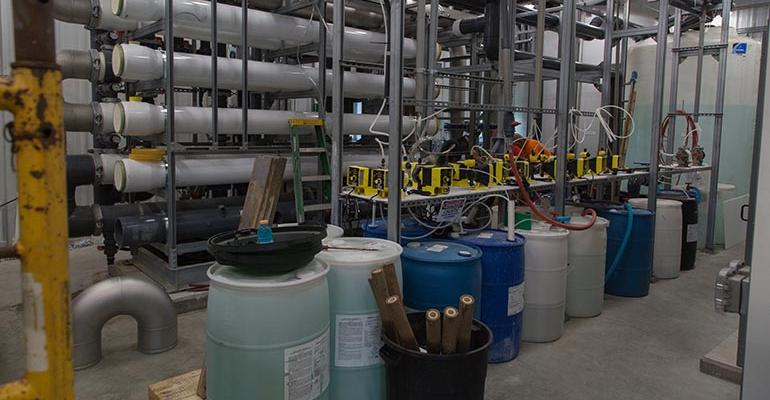 The final bill does, however, prohibit the use of firefighting foam containing PFAS after October 2024 and immediately prohibits usage in training exercises.

The more controversial provisions around per- and polyfluoroalkyl substances (PFAS) were stripped from the National Defense Authorization Act (NDAA) that was signed into law last week.

For some lawmakers, the main setback was that NDAA targeted the military, which reportedly has 425 sites that have been contaminated with PFAS after exercises involving the heavy use of firefighting foam, The Hill reports.

According to The Hill, lawmakers were uncomfortable with addressing the issue beyond the military, particularly as they debated how to force the U.S. Environmental Protection Agency (EPA) to regulate PFAS in drinking water.

Bloomberg Environment notes that unlike earlier versions of the NDAA, the final enacted bill does not:

However, Bloomberg Environment points out that key PFAS provisions in NDAA include the following:

Michael E. Hoffman, managing director and group head of diversified industrials at Stifel, released a report that projects PFAS will ultimately have a polychlorinated biphenyls-like outcome (long steady activity of cleanups and changes in operating behavior) versus asbestos (the cleanup was deemed more dangerous than capping and leaving in place).

Stifel notes that EPA recently formalized a screening level of 40 parts per trillion (ppt) to determine if PFOA and/or PFOS are present at a site. If so, it could warrant further attention, with EPA’s PFOA and PFOS Lifetime Drinking Water Health Advisory level of 70 ppt set as the preliminary remediation goal for contaminated groundwater.

“PFOA and PFOS are no longer produced. However, in the latest defense authorization bill, the administration has put in place several requirements for EPA and DOD [Department of Defense], which force incorporation of PFAS compounds (those now widely still in use) into a stronger regulatory framework,” noted Stifel.