HomeThe BusinessLegislation & RegulationMajor Packaging Reduction Bills Introduced in New York
Recent
Machinex Upgrades West County Resource Recovery in California
May 27, 2022
EREF Hosts Record-Breaking Charitable Auction, Proceeds Directly Support Scholarships and Scientific Research
May 27, 2022
This Week in Waste: Top Stories May 23 - May 28
May 27, 2022
Landfill Emissions Measurement: What We Know, What We Need to Know
May 27, 2022
POLL
SWANA & Oceans Caucus Foundation Host Congressional Briefing on Recycling
May 27, 2022
Collaboration Leads the Way in Connecticut to New Extended Producer Responsibility Law for Management of Discarded Residential Gas Cylinders
May 27, 2022
An Uber-Style Service for Curbside Recycling
May 26, 2022
S&B Selected as Contractor for New Hope Energy’s Advanced Plastics Recycling Unit
May 26, 2022
Need to Know
brought to you by 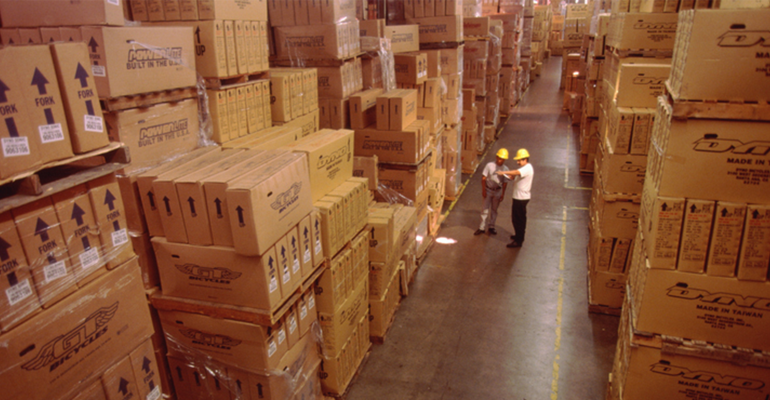 Introduced on May 5, 2022 by Assemblymember Steven Englebright, Chair of the New York State Assembly Environmental Conservation Committee, the bills take aim at the meager plastics recycling rate and would require the producers of packaging to actually reduce packaging, eliminate toxic chemicals from packaging, and pay for the costs of recycling and disposal.

The first bill, The Bigger Better Bottle Bill (Assembly Bill A10184), would expand New York’s highly successful 40-year old container deposit law to include non-carbonated beverages, wine, and liquor, and raise the deposit from a nickel to a dime. These changes would create jobs, reduce litter, and increase recycling rates because more consumers would take the time to return containers for the higher deposit. It would also provide additional income to the many New Yorkers who salvage bottles and cans for recycling, a practice that about ten thousand low-income residents of New York City, alone, rely on as a source of income.

The second bill, Extended Producer Responsibility (Assembly Bill A10185), utilizes the “polluter pays” principle to require companies such as McDonald’s and Amazon to reduce their packaging and pay for the cost of its disposal and recycling. The policy would reduce the amount of packaging waste produced in New York by at least 50% over 10 years.

This bill would also reduce air pollution, including greenhouse gas emissions, reduce the release of plastic pollution into our environment, reduce the demand for new natural resources, prolong the life of landfills, reduce unsightly litter, and ease financial burdens on taxpayers and municipalities that currently cover the cost of managing packaging and paper waste.

“As a Suffolk County legislator, I took on the issue of plastic pollution and now I continue that effort as a state lawmaker. It is troubling that after all these years, the problem of over-packaging has only gotten worse. There is more plastic packaging and more toxic packaging on the market than ever before. This is a problem across the state, but especially in Long Island where we see plastic pollution entering the Atlantic Ocean. This bill shifts the fiscal responsibility for packaging away from the taxpayers. It will save tax dollars and help to preserve our environment,” said Assemblyman Steve Englebright, Chair of the New York State Assembly Environmental Conservation Committee.

"This comprehensive legislation is commensurate with the severity of the plastic pollution problem. Expanding the successful bottle bill makes sense. Requiring environmental standards for packaging, just like there are fuel efficiency standards for cars and energy requirements for appliances, is long overdue. The Englebright bill requires companies to cut their packaging waste in half, over ten years. This is the strongest packaging reduction bill in the nation. Adopting it would put New York on the map as a global leader in addressing the plastic pollution crisis,” said Judith Enck, former U.S. Environmental Protection Agency Regional Administrator and President of Beyond Plastics.

“EPR and the Expanded Bottle Bill will be a game-changer for our waste problems and its impact on the City of New York — particularly in our overburdened communities in the Bronx. Reducing wasteful packaging will reduce both the number of trucks and the number of truck trips to waste transfer stations in our neighborhoods — a long-needed relief in our area with some of the highest asthma rates in the country,” said Dior St. Hillaire, Chair of the Bronx Solid Waste Advisory Board.

“New Yorkers understand the devastating and growing impacts of plastic pollution on our waterways and the need for swift action to address this issue. Just yesterday, Oceana released the results of a new poll finding that 88% of New York voters are concerned about single-use plastic products and support local and state policies to reduce single-use plastic. By reducing wasteful packaging and shifting the burden of managing packaging waste to producers and away from taxpayers, Chairperson Englebright’s extended producer responsibility bill would offer real solutions to this problem and set an example for other states to follow. We urge our elected leaders to listen to New York voters and prioritize this important legislation,” said Brian Langloss, Senior Field Representative for Oceana in New York.

“New York policy makers have done very little in the past few years to address the growing problem of solid waste. Luckily, there is a tried-and-true method, now introduced in the State Assembly, to reduce local governments’ solid waste burden — modernizing the Bottle Bill by raising the deposit from a nickel to a dime and expanding the law to cover wine, liquor, and non-carbonated beverages. We can increase recycling and clean up our state by strengthening the Bottle Bill - the state’s oldest and most effective extended producer responsibility law,” said Ryan Thoresen Carson, NYPIRG Campaign Organizer.

“The League of Women Voters of NYS strongly supports the Extended Producer Responsibility Bill (A10185) and the Bigger Better Bottle Bill (A10184) introduced by Assemblymember Englebright. Given the current state of the climate crisis, these bills take a necessary step towards holding producers responsible for their waste and improving the redemption process in New York State. An estimated 12% of our state’s greenhouse gas emissions come from the waste industry, making it imperative for us to pass measures to improve waste management and recycling,” said Erica Smitka, Deputy Director of League of Women Voters of NYS.

“Producers of all products using recyclable packaging should support Assemblyman Englebright's Bill (A10185). It gives us a chance to contribute to sustainability in ways that will make a difference to our environment and thus to people. This legislation, unlike others, provides a reasonable framework to reduce ocean pollution, enlarging landfills and toxic incineration,” said Carol Doolittle, Co-founder and Owner of Frontenac Point Vineyard & Estate Winery and Peter Saltonstall, President of Treleaven Wines, in the Finger Lakes.

“The public is now aware of the plastic pollution problem threatening our planet, human health, and especially our underserved communities. Both these bills are built on proven policies that will reduce our usage of petroleum-based single use plastics, boost our domestic recycling economy, save taxpayer money on waste management and litter cleanup costs, and reduce plastic pollution in our communities, bodies, and natural areas,” said Matt Gove, Mid-Atlantic Policy Manager of Surfrider Foundation.

“We have a solid waste and plastic pollution crisis and a sub-optimal recycling system. We need real solutions today to hold producers responsible for the life cycle management of their products, improve and increase recycling, support municipalities, reduce waste and plastics, close the door on false ‘chemical recycling’ solutions, and eliminate toxic chemicals. We commend Assemblymember Englebright for introducing a bill that will help address all of these important policy goals. We encourage the Legislature to use the last few weeks of session to come together and pass a strong Extended Producer Responsibility (EPR) for packaging. We have no time to waste in passing nation-leading EPR policy,” said Kate Kurera, Deputy Director of Environmental Advocates of New York.

The United States generates more plastic waste than any other nation. Plastic litters our streets, beaches, and communities. Between 9 and 16 million metric tons of plastic pollution enter the ocean each year globally – the equivalent of dumping a garbage truck of plastic into the ocean every minute. Most of this plastic comes from litter that washes into streams and rivers and then flows into the ocean.

Plastics damage our planet and endanger human health at every phase of their lifecycle. The manufacture of plastics involves toxic chemicals including PFAS, phthalates, mercury, and arsenic. Plastics persist in the environment and kill seabirds and animals and break down into tiny pieces called microplastics that contaminate the food chain and travel through the air and water. Even when used under regular conditions, the chemical additives in plastics can leach into the bodies of consumers and have recently been found in the human placenta, blood stream, tissue, and lungs. Plastics also release toxins when they are burned in incinerators. Most importantly, plastics manufacturing facilities, incinerators, and landfills are overwhelmingly located in low-income communities and communities of color, jeopardizing the health of residents and posing a major threat to environmental justice.

Plastics are also a major contributor to our growing climate change crisis. As of 2020, the U.S. plastics industry is responsible for at least 232 million tons of CO2e gas emissions per year and is on track to surpass the greenhouse gas emissions of the U.S. coal industry by 2030.

Plastics recycling has been an undeniable failure, achieving an anemic recycling rate of 5-6% in 2021. About 40% of virgin plastic production is used for plastic packaging and about 30% of our waste stream consists of packaging. The obvious solution to this problem is to reduce plastic packaging.

The cost of waste disposal, litter clean-up, and recycling is currently shouldered by taxpayers, rather than the companies that make the decisions about packaging and profit from it. This will change upon adoption of Assemblymember Englebright’s legislation.

A much weaker Extended Producer Responsibility for Packaging bill was proposed as part of Governor Hochul’s state budget this year but was not adopted by the Legislature.