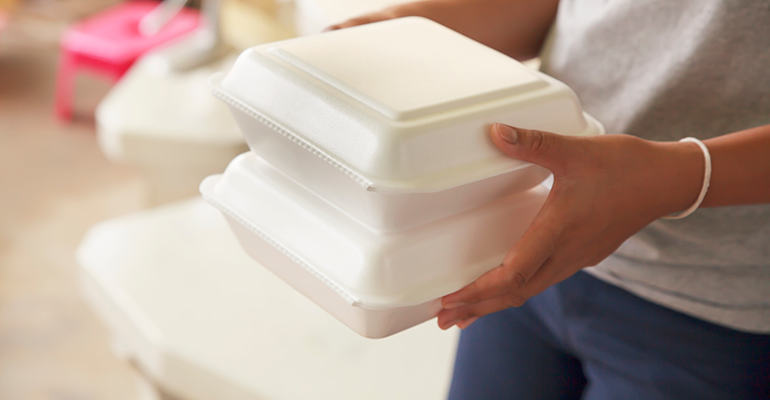 Two California cities have blocked the sale and distribution of polystyrene and made additional steps in zero waste initiatives with ordinances aimed at reducing plastic waste.

On Wednesday, Dec. 7, council members in Los Angeles unanimously approved an ordinance. The new ordinance bans the distribution and sale of polystyrene, commonly known as Styrofoam, and builds off of two other measures to eliminate the use of single-use plastics in the city, according to an LA Times article.

“Reusable LA is thrilled to see Los Angeles move forward after a decade of working on these ordinances,” said Alison Waliszewski and Emily Parker, co-chairs of Reusable LA, in a press statement. “The City Council has demonstrated incredible leadership by prioritizing community health in banning toxic expanded polystyrene. We applaud their commitment to fixing loopholes in the single-use plastic-bag ban that allowed for the sale and use of thicker single-use plastic bags and we’re especially glad to see Los Angeles commit to a culture shift towards a zero-waste circular economy by its requirement for zero-waste plans in all city facilities and events.”

The ban affects both restaurants as well as the retail sector and “any commercial establishment located within the city that sells goods directly to customers primarily for the customer’s own consumption or use.”

Further South, San Diego City Council also progressed a ban on polystyrene after initially passing an ordinance in January 2019. Manufacturers of these products as well as restaurants fought the measure, which delayed the implementation for more than three years.

The new ordinance also makes plastic utensils and straws at restaurants in the city available by request only and is expected to go into effect in 2023.