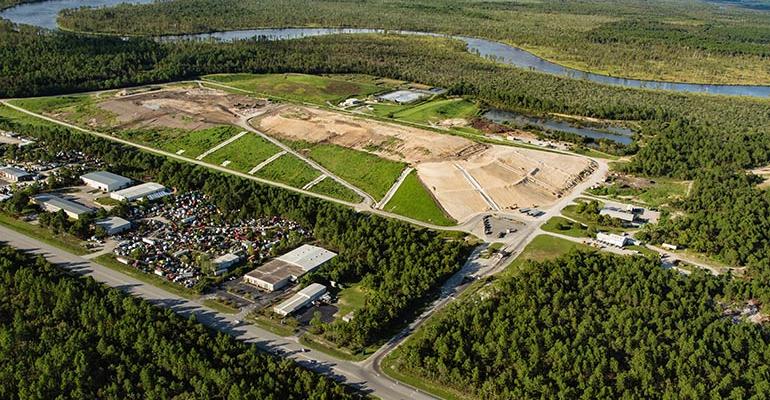 The final part of a two-part series breaks down the efforts some states are making, as well as steps being taken to manage this chemical waste flow.

The latest talk of per- and polyfluoroalkyl substances (PFAS) is around a pending federal law to limit these chemicals in drinking water, and some states are proactively bracing for a uniform, federal mandate. Some have detected alarmingly high levels of these chemicals at landfills, found in products like nonstick pans, fire-resistant foams, waterproof gear and carpeting, and some of these chemicals have been linked to cancer, kidney problems and birth defects.

A new U.S. Environmental Protection Agency (EPA) rule would not only drive operational changes at wastewater treatment plants but impact the whole solid waste management infrastructure, from compost sites to material recovery facilities, though the industry is paying closest attention to landfills for now—where the contamination typically begins.

Related: The Impacts of PFAS and a Push for Nationwide Standards (Part One)

Currently, the EPA simply sets a health advisory for drinking water levels of 70 parts per trillion (ppt) but intends to have policy in place by the end of 2019 to include a PFAS action plan and an as of yet unspecified mandated level.

Some regions are ahead of the curve, looking at treating PFAS in leachate, with about 20 states having preliminary guidelines around PFAS levels in drinking water. Minnesota, New Jersey, Vermont, California and New York all set limits below 70 ppt. New Jersey’s threshold is as low as 13 ppt for some PFAS compounds, and Vermont is at 20 ppt for perfluorooctane sulfonate (PFOS) and perfluorooctanoic acid (PFOA), comprising the two major PFAS compounds that EPA is analyzing. 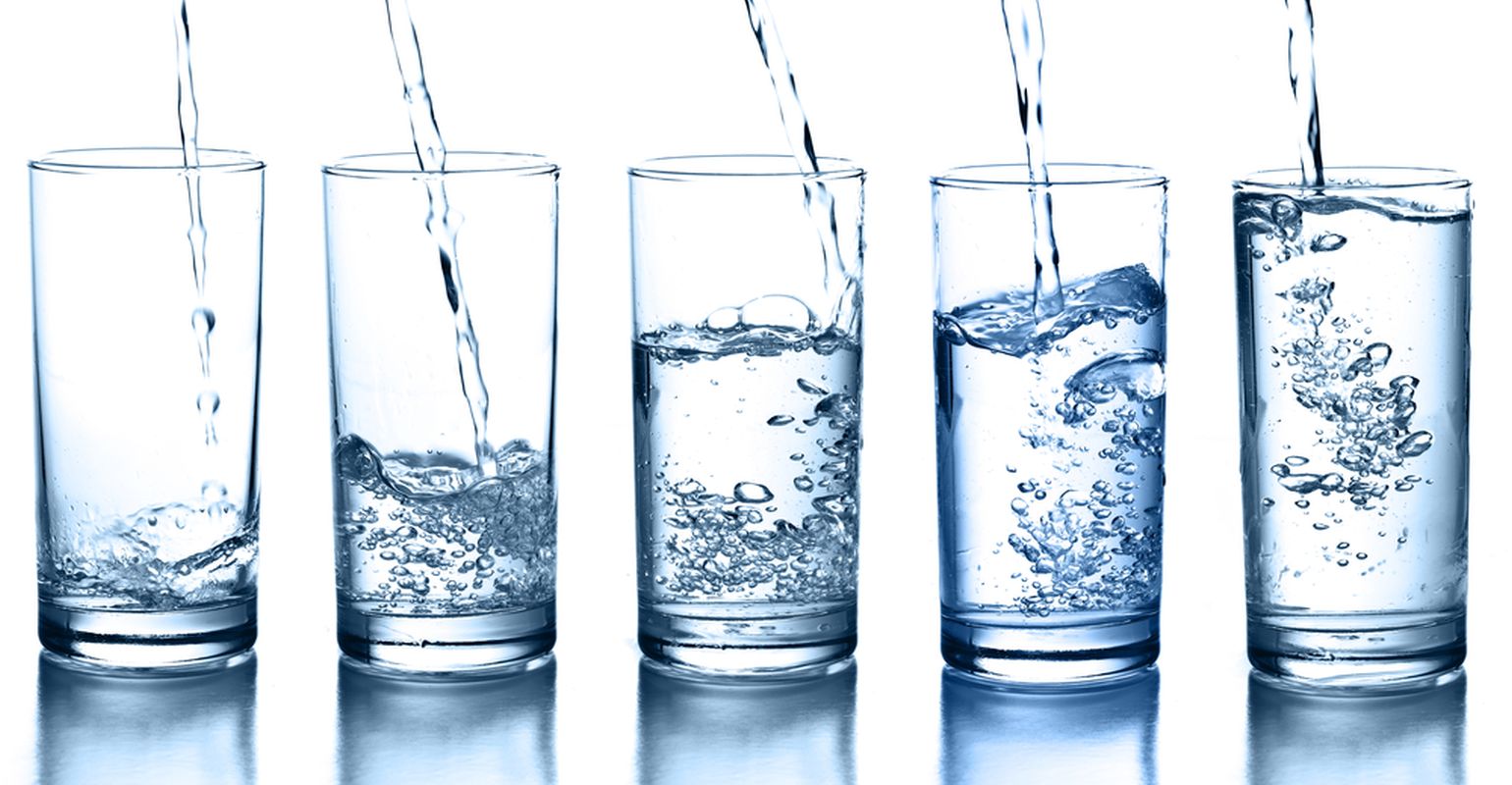 Catherine R. McCabe, commissioner for the New Jersey Department of Environmental Protection (DEP), explained during a July 24 U.S. House Subcommittee on Environment hearing that New Jersey has had a particularly high occurrence of PFAS in its drinking water and has been addressing this problem for quite some time.

New Jersey DEP first investigated the occurrence of PFAS in public drinking water systems in 2006 and again in 2009 near industrial facilities that were processing or using PFAS. DEP also discovered PFAS in hundreds of private wells located around these facilities. In 2018, an assessment of 11 waterways in New Jersey found PFAS compounds in all the surface water samples. DEP also found contamination in fish, prompting fish-consumption advisories.

“New Jersey and other states have repeatedly urged the EPA to move forward with setting nationwide regulatory limits for PFAS under the Safe Water Drinking Act, but the EPA has been very slow to act,” emphasized McCabe. “New Jersey, therefore, had no choice but to move ahead to set its own guidelines. In 2018, New Jersey became the first state in the nation to establish a regulatory limit on PFAS chemicals in drinking water, setting a state Drinking Water Act with maximum contamination levels of 13 to 14 ppt.”

During a July 22 Stifel conference call titled “PFAS—The Latest State of the Science and Regulation Fireside Chat and Q&A,” Anne Germain, vice president of technical and regulatory affairs for the National Waste & Recycling Association, noted that in 2016, EPA issued a health advisory on excessive amounts of PFOA and PFOS in drinking water, yet no requirements were implemented to regulate water facilities to stop providing drinking water if those numbers were exceeded.

“This raised a lot of agita around the states,” explained Germain. “They were wondering if the EPA was then going to follow up with developing a maximum contaminant limit for drinking water. But EPA seemed reluctant to take any action along those lines, and as a result, a lot of states have realized if they want action, they need to take the action themselves. So, they are moving pretty rapidly developing all sorts of criteria. EPA is under a lot of pressure from other federal agencies that are basically supposed to comply with those states.”

Some landfill operators are investing in one of several treatment methods to address PFAS contamination. One technology is granular activated carbon (GAC), where PFAS are passed through a GAC vessel and adsorbed into the carbon. The pretreated leachate passes through. 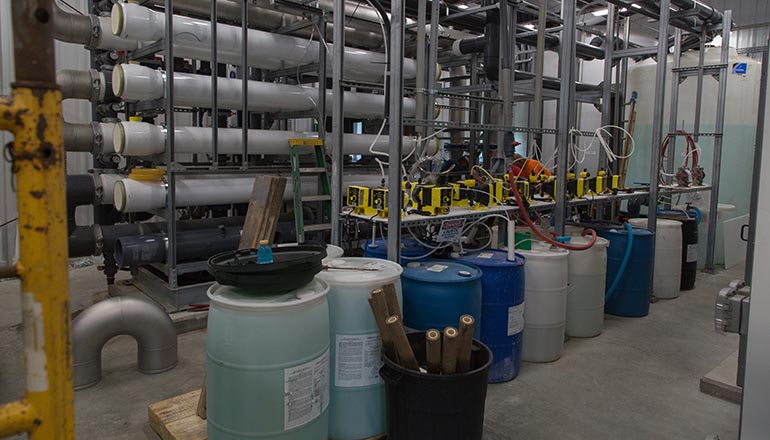 A second method is ion exchange (IX), where leachate passes through resins in a vessel that binds PFAS.

A third option is reverse osmosis (RO), where leachate flows through a membrane, leaving the separated PFAS to be collected in a concentrated solution.

But all three systems have limitations. For instance, with RO and IX, concentrated liquid waste must be further treated. With GAC, the carbon must be regenerated or replaced, which can be costly, explains deSilva.

The Environmental Research & Education Foundation (EREF) recently put out a request for proposal to address questions around PFAS and anticipates this will be the beginning of ongoing research projects.

“While detection of PFAS in water, compost leachate and other sources has led to scrutiny on how to detect and manage them, very little science and technical information exists. Research projects awarded by EREF will aim to increase our understanding and develop approaches to identify and measure PFAS, treat PFAS in leachate and landfill gas and evaluate the extent to which the solid waste management infrastructure contributes to PFAS release,” says Bryan Staley, president and CEO of EREF.

EREF is particularly interested in learning how PFAS is transported, how much ends up where and how these factors contribute to runoff from compost facilities, gaseous emissions and landfill leachate.

“This will be important to accurately define the extent of the problem and to develop any necessary treatment or approaches to mitigate for PFAS,” says Staley.

In North Carolina, the New Hanover County landfill is not upstream of a drinking water supply, but it wanted to take extra precaution especially since Chemours, a subsidiary of DuPont Chemical, was dumping a compound with PFAS into the Cape Fear River. So, the county installed a reverse osmosis system at the landfill. 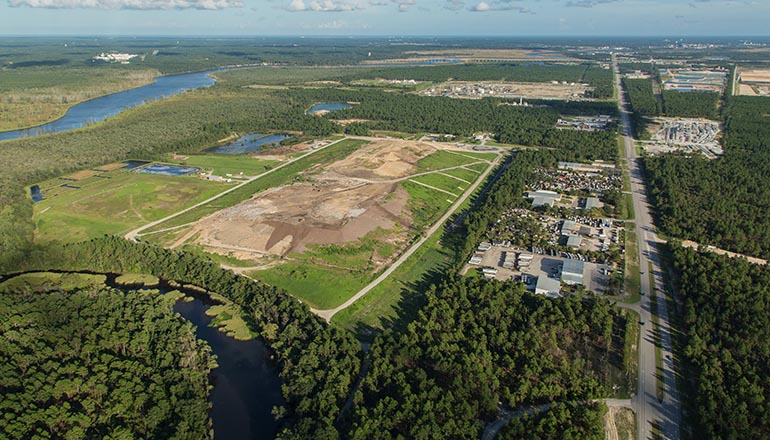 Follow-up testing by the North Carolina Department of Environmental Quality (DEQ) found raw, untreated leachate had up to 13,000 ppt of 33 PFOS and PFAS chemicals. But the treated effluent had undetected levels for all of them.

The technology was $3.1 million, with upgrades raising the cost to just under $4 million. 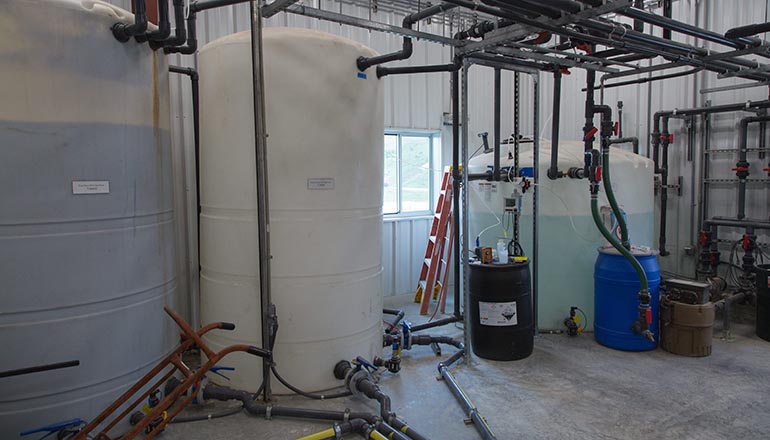 Suleyman has asked himself, “If even 100 miles downstream of this plant DEQ detected such high levels, could there be municipal wastewater treatment plants accepting landfill wastewater with PFAS and discharging into local waterways that ends up in drinking water?”

SCS’ deSilva recommends that landfill owners ready themselves for pending regulatory changes, but advises while they can minimize leachate with caps or invest in existing systems to treat or remove PFAS, they can’t stop these chemicals from coming in.

“Do the studies to determine removal efficiencies, operation and maintenance costs and capital costs,” says deSilva. “Test your leachate for PFAS levels and look at the best solutions in each case, which will depend mainly on PFAS concentrations and other constituents in your leachate.”

But what worries many is the unknown. There are thousands of PFAS chemicals in commercial use, and many of the sources have not yet been detected, much less addressed. States have expressed their frustration due to the lack of the most basic information around volumes of storage and production of these chemicals.

“We need corporate manufacturers to share information about these chemicals and their toxicity, and we need the federal government to help us [see that manufacturers] do that,” stressed McCabe. “Even more, we need the federal government to require chemical companies to use more care and to disclose the risks before putting these chemicals into commerce. The current approach of ‘marketing first and let us suffer later’ is subjecting the environment and the public to detrimental effects of these chemicals without a full understanding of the danger and the risk they present. This leaves states in a position of perpetually scrambling to address the injuries caused by these chemicals rather than preventing them in the first place.”

Moving forward, the House Subcommittee on Environment scheduled another hearing on this issue for September 10, at which 3M has agreed to testify. The committee also hopes DuPont will follow suit and commit to testifying in September.

Read part one here, which looks at the health and environmental implications of PFAS, as well as the lack of research and federal regulation around these chemicals.