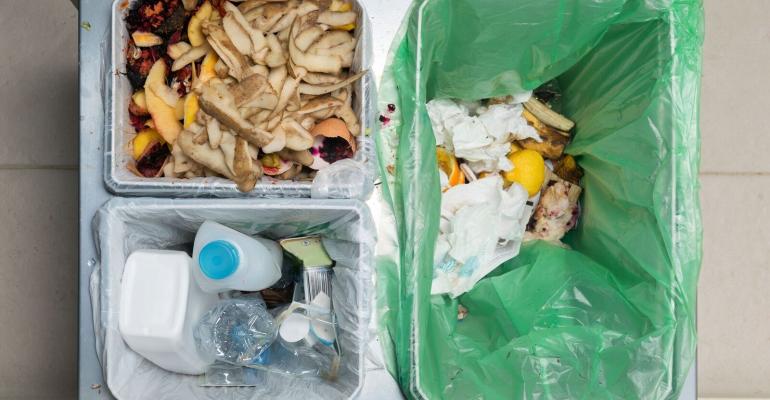 Part two of a three-part series looks at food waste legislation that has been passed at the state level.

In a three-part series this week, Waste360 takes a look at the main issues around food waste and explores what’s going on at the state and federal levels. Read part one here and part three here.

This past legislative session, 91 pieces of food waste law passed at the state level, mainly around date labels and food donation. With this activity comes both goods news and concerns.

“When the federal government has not made laws that pre-empt state action, lower levels of government can make their own laws,” says Nicole Civita, sustainable food systems specialist at University of Colorado, Boulder. “This allows state and local governments to function as policy laboratories, innovating legal and regulatory mechanisms to address problems like food waste. The downside is that progress across the country can be uneven, and businesses that operate across jurisdictional boundaries must decipher and contend with differing compliance requirements. The patchwork nature of protections, incentives and bans can make it difficult for enterprises to scale up programs that reduce food waste.”

Among the positives is states are offering tax incentives to donate food, particularly targeted to farmers, and some are providing additional protection to donors beyond the federal Bill Emerson Good Samaritan Act. In the past few years, Virginia, West Virginia, Maryland and New York passed laws to incentivize farmers to claim tax credit if they donate food.

While the federal law protects donors who give food to nonprofits, a few states have expanded protections to be able to donate to individuals. For example, school districts in Texas can see that food is distributed to students and families.

“This has a huge on-the-ground impact because it’s saving time and money and still getting food to whoever needs it,” says Emily Broad Leib, director of Harvard Law School Food Law and Policy Clinic.

The biggest movement has been around date labels, with many states wanting two standard labels: “best if used by” for quality and “used by” for safety. This area has been problematic. For one, exactly what the label means is proving confusing to consumers. Adding to the gray area is that states implement different language and different restrictions. Policy experts believe unclear language is driving people to toss good food.

Exemplifying the inconsistency piece of the puzzle, Chris Hunt, communications director of Rethink Food Waste through Economics and Data (ReFED), says, “New York State has no food date label requirements, but across the border in Vermont, there is a date label for shell fish. If you go across the next border into New Hampshire, there is labeling for cream and prepackaged sandwiches, so all these labels are arbitrary.”

Montana has strict date labels, at least on milk, which is "sell by" 12 days after pasteurization. “That’s misleading, as the milk hasn’t neared the end of its shelf life, and the language is different from what we learned is most useful for consumers,” says Broad Leib. Her clinic and its partners confirmed that "best if used by" is most clear as a quality indicator, while "sell by" may sound like a safety issue.

California passed legislation in 2017 to encourage (not mandate) industry to use two standard date labels: "best if used by" for quality and "use by or freeze by" for safety. It discourages sell by dates.

“We initially introduced a requirement that all food labels be standardized in California. The industry killed it but agreed to a voluntary standard. This, in our mind, was a big deal. They committed in front of a legislative body, and I think that was what legislators found compelling,” says Nick Lapis, director of advocacy for Californians Against Waste, the nonprofit that co-sponsored the bill.

“By putting specific terms in the statute and telling the California Department of Food and Agriculture to promote adoption of those terms, we have our foot in the door to codify and mandate law if by chance the voluntary initiative would fall apart,” says Lapis.

SB 1383 sets the goal of a 75 percent reduction in organics disposal by 2025 from 2014 levels and mandates that 20 percent of food currently disposed be used for human consumption by 2025.

Large food waste generators will be required to donate, as well as prevent food waste.

“It will be the first-of-its-kind legislation requiring edible food to be donated or excess to be prevented in the first place. Traditionally, we’ve focused primarily on recycling organics, but now we are putting our money where our mouth is when it comes to the waste hierarchy, with prevention at the top,” says Lapis.

To see what different states are doing around food waste, check out this ReFED tool.