Funding and Policies that Help and Hinder Materials Management 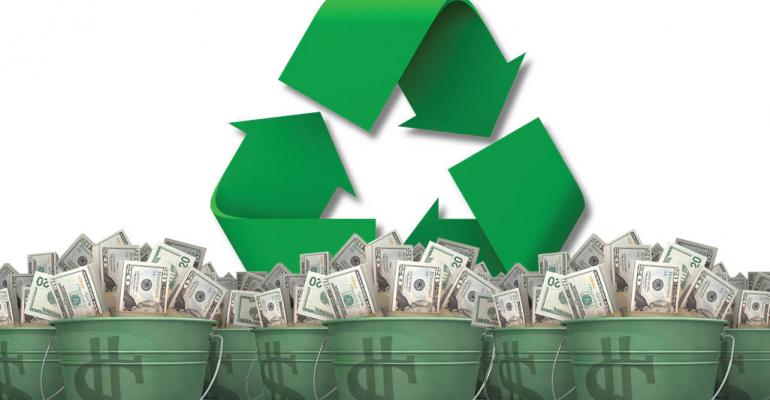 Money. It’s a constant and a game changer. It motivates, intimidates, frees and enslaves.

In our global economy, a shift by a single faction can set off a chain reaction with far reaching devastation.

For somebody trading in the recycling commodities markets that concept is all too familiar. Take steel for example. Foreign subsidies have artificially inflated production capacity to camouflage their own domestic troubles. Consequently, cheap imported steel has flooded the U.S. market in unprecedented quantities.

Foreign governments are not alone in the use of subsidies to affect outcomes. U.S. government agencies understand the influence of funding to gain support for policies and platforms. It is no accident that regulatory initiatives are often accompanied by grants and subsidies. There is no criticism of a state or federal program that carries the equivalent potent sting as “unfunded mandate.”

To dodge the bullet, when a new directive is launched an infusion of capital is approved simultaneously to facilitate immediate changes. Grants and low interest loans are great mechanisms to stifle criticism and bring about easy to demonstrate results.

The private sector is no stranger to these techniques. When a pending piece of legislation or movement might have a potentially negative impact, the private sector readily invests to protect its interests and bottom line. Not surprisingly, corporate money will flow to support trade related non-profit organizations, who promote alternative, voluntary solutions, more favorable to the given industry.

Even in the earliest stages, monetary incentives targeted at local governments were used to institutionalize recycling as a municipal responsibility. Funds flowed from both sides of the aisle, perhaps with differing motivations, but nevertheless with the mutual goal of developing a recycling collection infrastructure whose operational costs would fall to consumers and local governments.

With all things considered and calculated adjustments made, the U.S. recycling rate hasn’t improved much in decades. Is the stuck needle emblematic of a deeper issue not necessarily grounded in the physical make-up of the evolving ton and the troublesome logistics of collecting and processing it? The U.S.EPA’s recent emphasis on sustainable materials management (SMM) and the EU’s focus on the circular economy hint at a need for new metrics and a shift in responsibilities.

That made us wonder. Now that the heyday of recycling legislation seems a distant past, what do state initiatives look like these days? State regulators, and in many respects, state legislators, are the lynchpins of the nation’s recycling framework. After all, with few exceptions, local governments rarely implement more aggressive goals than those prescribed by state regulators. Tea party politics have assured that.

Are states following the U.S.EPA’s and the EU’s lead or has complacency set in? More importantly, even where the desire for progress exists are the resources there to affect change? How monies are channeled says a lot about what the funders hope will be or won’t be accomplished. This is particularly true for ancillary funding from corporate and trade sources. For answers we searched the state level web sites that clearly were kept current. Outdated sites spoke volumes with no added research necessary. Then, we followed the money, by looking at state criteria for grants, low interest loans and other monetary reward programs along with trends in funded projects After a deep dive into the sources we’ve mentioned, it wasn’t hard to comprehend why, as a whole, the recovery of materials in the U.S. is stuck in neutral. The disparities are striking. For a few states who were once leaders in the field, frankly the findings were also disappointing.

Bad news first. More than a little evidence points to regulators who either haven’t revisited their own solid waste plans since their inceptions, or if at all, simply changed the date on the cover sheet. It is safe to say that for the majority of states it is business as usual. Great numbers of state level grant programs perpetually invest in the same segments of the infrastructure with little regard to cost effectiveness or performance. Topping the list are collection and processing equipment, illegal dump site remediation, litter prevention, waste oil and tire pile clean-ups. Not that there is anything wrong with those projects, but after 30 years of funding, are we putting our investments to good use? It appears that we haven’t put a dent in those undesirable practices.

Should we be using better tools and metrics to determine if redirecting the funds to enforcement might deliver better results? Should we be requiring the development of local enterprise funds as a caveat for funding future equipment purchases? By clinging to rigid interpretations, “recycling” grants and “diversion” goals continue to act as barriers to new technologies and beneficial uses of by-products.

On the plus side for U.S.EPA’s goals, a number of states have changed the name of their programs from “waste management” to some variation of “materials management.” Regulatory agencies with serious intentions have completely revamped their state plans into comprehensive material management platforms, or zero waste plans. Overall, it is a step in the right direction. The plans however, still give considerable attention to end of life management rather than upstream issues. In spite of market conditions, they promote high diversion goals, many with disposal bans.

The best revamped state plans include trickle down expectations, metrics and accountability measures that redirect county level planning to loftier pursuits than disposal capacity assurances. Equally aligning and integrating SMM goals into state climate change plans, rather than isolating waste and recycling as some unrelated activity, is another encouraging transition.

Nearly every forward thinking state program supported these similar issues with goals, funding and/or legislative initiatives. Expect to see more resources and effort going into food waste prevention, recovery and redistribution. Product stewardship is growing for mattresses, carpeting, paint, and pharmaceuticals. Paint, mattresses and carpeting make the case for voluntary industry designed programs coupled with appropriate laws. The funding in more advanced programs is aligned with the shared economy. Projects include reuse, refurbishment and redistribution of a variety of products, “libraries” for equipment sharing, and pilots for residential deconstruction.

For ewaste, extended producer responsibility experiments are eroding but coming back with remedies reminiscent of EU type programs.

That brings us to an interesting twist. In the past, industry affiliated and supported non-profits commonly promoted funding opportunities in conjunction with state recycling organizations who promoted these partnerships as a benefit to their members. It gave municipalities a chance to apply for financial support without state bureaucratic hurdles and conditions. If current events are any indication, trade sponsored organizations have made new inroads.

By side-stepping the state recycling organizations, they are pitching their programs directly to state officials. Even in the absence of deep public sector coffers, state regulators who once remained at arms length from such influence, are collaborating with (paying) industry supported organizations to develop public messaging in support of the single stream collection and processing infrastructure expanding to manage packaging, a prime component of municipal solid waste.

Mounting interest in extended producer responsibility policies for packaging material is showing in major metro areas crippled by the increasing operational costs of recycling, first institutionalized as a municipal responsibility through the distribution of industry and state funded recycling bins. At least one state is toying with EPR packaging legislation right now. If even marginally successful, the reaction and maneuvering on both sides toward like-minded attempts will be worth monitoring.

Michele Nestor is the President of Nestor Resources Inc., based in the Greater Pittsburgh area, and chair of the board of directors, of the Pennsylvania Recycling Markets Center, Penn State, Harrisburg.