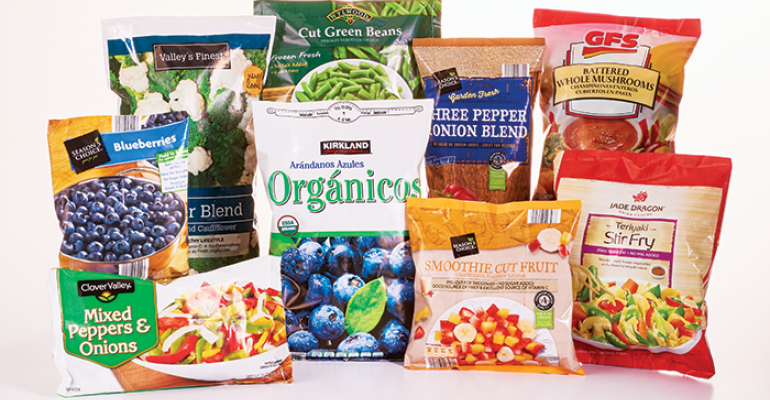 After a year of dialogue about what an extended producer responsibility (EPR) bill around plastic packaging and paper might include, nonprofit Product Stewardship Institute (PSI) and industry organization Flexible Packaging Association (FPA) have reached an agreement. They have finetuned an existing PSI document with elements that would be most important to FPA.

“Packaging has a target on its back because there are limited opportunities for getting it recycled, and we thought it was important to have a voice at the table in drafting legislation that would enable a stewardship program to protect the market … and to ensure a program would fund infrastructure to ensure all packaging, including flexible packaging, could get recycled and collected,” says Alison Keane, president and CEO, Flexible Packaging Association.

Currently, flexible packaging represents 19% of all packaging. It’s a growing product and only 4% of it is recycled today; the rest is disposed.

Among the elements agreed upon are types of packaging; from who packaging would be collected; a definition of producers who are legally responsible; and funding for collection, transportation, and processing as well as funding for public education, government oversight, and litter abatement.

“One of the biggest concerns for us is we do not want to see funding raised by EPR programs go toward disposal. We want to make sure it’s used for expanding recycling access for everyone in the U.S.,” says Keane.

She also stressed the importance of performance standards and recycling targets.

“Until we have expanded infrastructure and find markets for end products, we do not want to see performance or recycling targets set so high that you can’t sell products,” she says.

Industry would want to begin with consumer flexible packaging, as there is virtually no recycling infrastructure in that space now.

“We are talking of overhauling the entire U.S. recycling system, and I think we need to do it in key steps; otherwise it would be too complex. Funds should be allocated to expand for consumer-facing packaging first because that’s where it’s most needed,” Keane says.

From the lens of stakeholders who are part of the product stewardship movement, Scott Cassel, Product Stewardship Institute’s CEO and founder says, “Local governments are under extreme financial deficits, and domestic recycling programs are in jeopardy. Some have closed or been severely restricted, and there is great uncertainty in municipal budgets [especially since recycling markets were restricted in China]. It’s clear that a new system is needed, and EPR has emerged as a system for which there is growing consensus among multiple stakeholders.”

While Canada and some other parts of the world such as Asia and Europe have producer responsibility laws around packaging, there are none in the U.S. But there has been substantial activity recently. About 12 states have introduced or are about to introduce legislation for packaging or paper products.

Cassel sees the work between his nonprofit and FPI as noteworthy, commenting it marks the first time a producer association has stepped out and taken responsibility for packaging that they put on the market.

Since the talks between the two entities, which began in 2019, PSI has seen more movement, and not just at the state government level.

“Over the past year we are seeing brand owners and other producers willing to engage in conversations to establish an EPR system for packaging in which they can operate. And for the first time we began to engage haulers and recyclers,” Cassel says.

AMERIPEN, who represents the entire packaging value chain, is among industry groups discussing producer responsibility with multiple stakeholders to include industry and government entities.

“While there are many provisions that we believe should be included in any legislation requiring industry to provide funding for packaging recycling and recovery, in order for AMERIPEN to potentially support such legislation it must have certain elements at a minimum,” says Dan Felton, executive director, AMERIPEN.

He referenced these seven elements:

“Some of these provisions are aligned with some of the elements that FPA and PSI have agreed upon. That being said, AMERIPEN strongly believes that industry funding alone will not solve all packaging recycling and recovery issues, and that funding must be closely tied to strategic engagement from all stakeholders across the value chain so that we can better understand where pain points exist across the system and leverage our collective efforts to resolve them,” Felton says.

As far as the elements document around flexible film, it’s finalized and FPA is now reviewing and discussing draft legislation with states that are members of PSI, to include Vermont, Maryland, and Oregon.

Other packaging bills will be introduced in Maine and Massachusetts in 2021, and a bill was just pre-filed for introduction in Washington.