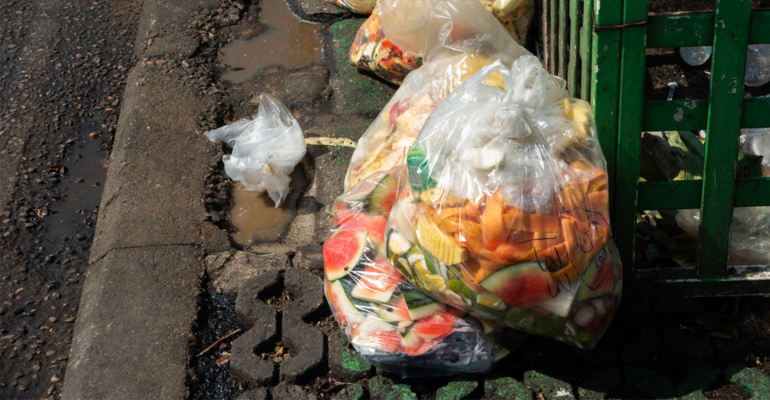 In this Q&A, Emily Broad Leib, faculty director of the Harvard Law School Food Law and Policy Clinic, details some of the work of FLPC and partners, including to support the Zero Food Waste Act introduced by Rep. Julia Brownley and other members of Congress. Broad Leib discusses why it’s important for the money to come from the top but be funneled down to state and local governments. And she gives her take on just what resources it makes most sense for the money to go toward.

Waste360: How did Harvard Food Law and Policy Clinic support the proposed Zero Food Waste Act? And describe your work with partners that led to the introduction of this legislation.

Broad Leib: FLPC has been working for some time [to advance policy] that would support the national goal of halving food loss and waste by 2030. Since the Biden Administration and new Congress took office, there is a renewed commitment toward addressing climate change at the federal level.  FLPC has helped to lead dialogues and efforts to leverage the window of opportunity, including by teaming up with several other major climate and food system advocates to build and amplify a coalition of organizations, policymakers, and industry leaders that acknowledge food waste as a major driver of climate change and an issue that must be addressed now.

With our partners at ReFED, World Wildlife Fund (WWF), and Natural Resources Defense Council (NRDC), we released a US Food Loss & Waste Policy Action Plan for Congress and the Administration earlier this summer. The Action Plan has been the result of long collaboration with our partner organizations, and a dedicated drafting team since January 2021.  In that plan we recommended five key actions for the Administration and Congress to take to reduce food loss and waste by 50% by 2030. More than 50 businesses, nonprofits, and local governments have signed on to our Action Plan [the food waste and loss coalition referenced earlier].

Our first recommendation was to invest in prevention and keep waste out of landfills. And the first subsection of that recommendation called for funding for states and localities to support policies that reduce food waste in landfills, such as organic waste bans, food diversion requirements, landfill taxes, Pay-As-You-Throw policies, and/or policies that promote organic waste prevention and food rescue. See more policy options in our Action Plan. The Zero Food Waste Act does exactly this, offering funding for states and cities to incentivize organic waste measurement, rescue, recycling, and prevention.

Waste360: How did you and your partners work with Congress to help advance federal policy?

Broad Leib: Soon after releasing the Action Plan, our food loss and waste coalition began working with staff from Representative Julia Brownley’s office to come up with the language for the Zero Food Waste Act, which pulls heavily from the Action Plan. We also helped with outreach to key stakeholders, including helping to get Senator Cory Booker on board with introducing companion legislation. Many signatories to the Action Plan also endorsed the legislation, showing broad-based support.

The Zero Food Waste Act is an important first step to implementing our Action Plan, as it would fund organic waste measurement as well as fund the action-oriented needs of states and cities to implement policies that reduce food waste going to the landfill. While much more work is needed in order to move the needle, we are pleased to see our research, advocacy, and coalition-building lead to the introduction of this critical bill.

Waste360: You speak of the Zero Waste Act, but were you involved in the COMPOST Act?

Broad Leib: While we were not directly involved in drafting the COMPOST Act, we signed on to a letter in support of its passage. In addition, many of our partners have worked to support the COMPOST Act more directly, and we are equally excited to see its introduction as it complements the intended impact of the Zero Food Waste Act.

Waste360: What other work has FLPC done to advocate for food waste reduction funding, and what specifically did you recommend that funding pay for?

Broad Leib: FLPC has long advocated for legislation that would establish the programs and funding needed to measure, prevent, and build infrastructure to decrease food waste across America. For example, our 2017 report on Opportunities to Reduce Food Waste in the 2018 Farm Bill also called for funding to support state and municipal agencies interested in implementing organic waste bans, zero waste goals, and food waste prevention plans. We are thrilled to see this as a central component of the Zero Food Waste Act.

That report also called on Congress to fund research on food waste to quantify the amount of food wasted, identify the types of food wasted, and determine the points in the supply chain at which food tends to be wasted, the type of food waste measurement that is also included in the Zero Food Waste Act.

Waste360: What are most important components of the Zero Food Waste Act in your eyes? Why?

Broad Leib: All of the provisions of the Zero Food Waste Act are critical to helping us make the infrastructure investments necessary to develop a circular food economy, invest in community health and jobs, and reach the goal of halving US food loss and waste by 2030. What this legislation does so well is provide tremendous opportunity for us to reach those goals through place-based innovations (focused on a certain locality, region, or state) in food waste measurement, planning, and mitigation.

Supporting state and local efforts to create organic waste bans or other landfill diversion laws is critical because given the way we typically regulate waste, these policies would be very difficult to implement at the federal level. Each state/locality has its own nuance, and different policies are going to be the right fit in different regions, a point we have raised in many of our past resources that discuss these policies, including Bans and Beyond: Designing and Implementing Organic Waste Bans and Mandatory Organics Recycling Laws (2019) and Keeping Food Out of Landfill: Policy Ideas for States and Localities (2016).

At the same time, creating and enforcing policies to reduce waste in landfills and developing the infrastructure needed for diversion costs money, which is why states and localities need support from the federal government. The Zero Food Waste Act is designed to prioritize real action by giving states and cities the resources they need to implement tailor-made policies that keep food waste out of landfills.

Additionally, we appreciate that the Zero Food Waste Act would support measurement of food waste over time. Such efforts could lead to valuable insights and inform future policy solutions and federal-level action on identifying, preventing, and managing food waste, as well as measuring the results of food waste prevention for people, the environment, and climate.

Waste360: What if any arguments or questions are you prepared to hear as the Zero Food Waste Act is furthered reviewed by the House and Senate?

Broad Leib: We know that one of the hardest questions this bill will face will be related to spending. The bill calls for $650 million to be allocated toward food waste research and funding for state and local policies to divert food from landfills each year through 2031, a number that reflects careful documentation on the costs of building infrastructure needed for food waste prevention, measurement, recycling, and food rescue in order to half food loss and waste by 2030. However, we also know that the return on investment is worth the price tag.

Waste360: Do you have thoughts on if the legislation will make it to President Biden for signature? And if it will get signed into law?

Broad Leib: We are hopeful that this legislation will receive the attention it deserves and make its way to the President’s desk. Preventing food loss and waste is a bipartisan issue and widely supported by the public as well as the private sector. If the Zero Food Waste Act passed in the House and Senate, we would be very optimistic about it being signed into law.

However, we also recognize that small bills such as the Zero Food Waste Act are difficult to move forward in a fractured Congress. If we do not see the bill advance, FLPC and our partners remain committed to advocating for federal spending on food waste measurement and prevention through other vehicles, such as the reconciliation process or the 2023 Farm Bill.