EPA’s New Rule on Aerosol Cans: What it Means for Who 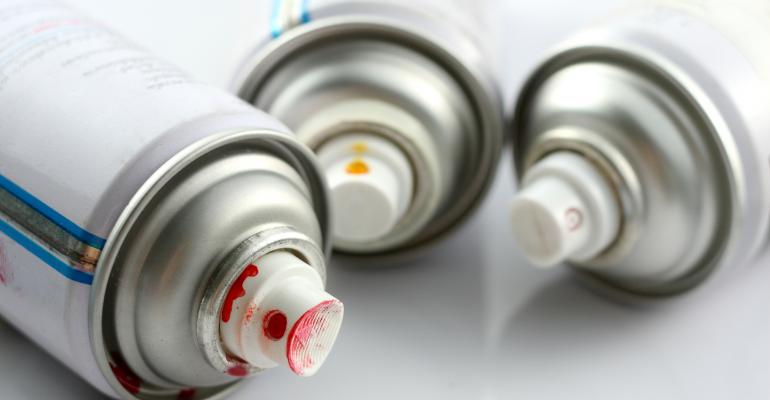 What will EPA’s policy mean for generators, transporters and processors?

How to manage wasted aerosol cans has long been a hot-button topic, as there are stringent rules around these potentially flammable containers as well as associated consequences—mainly high costs to comply and potential for serious violations.

But handlers will have less to worry about with the passage of the U.S. Environmental Protection Agency’s (EPA) rule around aerosol containers. That’s because it designates them as universal waste, resulting in simpler standards than when they were treated as conventional Resource Conservation and Recovery Act (RCRA) hazardous waste.

But, more specifically, what will the new policy mean for generators, transporters and processors? And why after decades of being categorized as hazardous waste are these spent or damaged cans no longer designated as such?

One of the drivers of this federal rule centers around the fact that not all aerosol cans pose the same potential risks, says Phil Retallick, senior vice president, compliance and regulatory affairs, Clean Harbors Environmental Services in Norwell, Mass.

“Some are nontoxic while others have pesticides, herbicides, solvents and other hazardous chemicals. Sometimes propellant is ignitable, and sometimes it is not. So, the notion of the new rule is, rather than treat them all as hazardous, to have an effective way to deal with them that is not as onerous for generators, collectors and processors, while still being protective of human health and the environment,” says Retallick.

The intention is to ease the burden, especially on retailers who sell them in large volumes.

The final rule is effective on February 7 and applies to those who generate, transport, treat, recycle or dispose of hazardous waste aerosol cans. About 25,000 industrial facilities will potentially be affected.

The rule also provides options to manage all aerosols together for the first time.

“Now, they can be put together and managed as universal waste. So, employees won’t have to make hazardous waste determinations. And a facility can store them together in a combined central location and put them on the same truck to send for disposal or recycling,” explains Elise Paeffgen, partner at environmental law firm Alston & Bird in Washington, D.C.

However, there are still some provisions, depending on what’s in the cans. Those with acutely toxic contents (pesticides, herbicides or highly toxic solvents) will require environmental and worker protections when evacuating the cans. For instance, there will be standards for puncturing them in order to depressurize them and release remaining liquids so they can be recycled.

“We think it makes sense for the universal waste rule to be applied to aerosol cans, especially those that don’t contain acutely toxic material. But it’s still important that handlers have good safety procedures because cans could be under pressure and even if their contents are not acutely flammable [able to ignite from a spark or static electricity], they may have ignitable propellants that could explode,” says Retallick.

He says EPA has considered protection of handlers, pointing out standards around equipment that will manage emissions and standards around capture controls. Generators and handlers will be required to use puncturing and evacuation systems designed with safeguards so no contents can escape.

Clean Harbors has handled aerosol cans for decades, and Retallick anticipates few changes in how the company will operate now.

“We’ll just be getting cans in different, larger containers,” he says. “They will be consolidated in higher volumes. The captured vapor in the compressed gas will be shipped to one of our incineration facilities for destruction. The liquid contents will be transferred to a container and also shipped to one of our hazardous waste facilities for recycling or disposal.”

It’s up to each state to decide whether to adopt the new federal rule. Five states have adopted the policy to date: Colorado, Utah, New Mexico, Ohio and Minnesota.

Paeffgen advises retailers and waste management businesses to know requirements in their state and know when their state adopts this rule if they do adopt it.

“If there are differences between state and federal regulations, make sure you comply, and if you operate in many states, know that rules may be different in each one … And there are always management considerations at the generator level, especially when puncturing cans. So, make sure workers know the process,” she says.

EPA said in a statement that this change will provide a clear, protective system for managing discards.

Specifically, the spokesperson said: “The streamlined universal waste regulations are expected to ease regulatory burdens on retail stores and others that discard hazardous waste aerosol cans; promote the collection and recycling of these cans; and encourage the development of municipal and commercial programs to reduce the quantity of these wastes going to municipal solid waste landfills or combustors.”