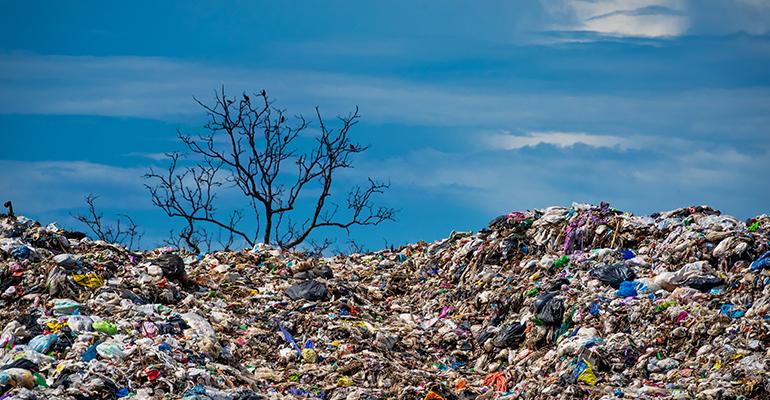 This final rule, which pertains to the regulation of landfill gas and its components from existing MSW landfills, is effective on February 10.

This final rule is effective on February 10.

“We proposed to partially approve this plan because we determined that it complies with the relevant CAA requirements, with the exception of the omission of the following operational, monitoring, recordkeeping and corrective action requirements related either to temperature and/or oxygen or nitrogen,” stated EPA. “Upon promulgation of the federal plan in accordance with 40 CFR 60.27(c), the EPA plans to update 40 CFR part 62, subpart F, to identify the omitted requirements … that MSW landfills in California will have to implement in addition to the approved portion of the California plan.”

The EPA's proposed action provided a 30-day public comment period. During this period, EPA received one comment from CARB.

In its comment, CARB stated that California law currently satisfies what the EPA identified as deficiencies in its July 30, 2019, proposed partial disapproval of the California plan. In support of its argument, CARB submitted rules with its comment regarding the regulation of MSW landfills from 32 of California's 35 local air districts and documentation regarding public hearings related to their adoption. CARB also submitted a table summarizing the rules and a previously submitted letter addressing questions the EPA had asked about the California plan.

CARB has requested that the EPA withdraw its proposed partial disapproval of the California plan and approve it in its entirety, or, in the alternative, that the EPA incorporate the provisions of the rules and regulations into the state's plan and then fully approve the plan.

“As explained in our proposed action, the California plan, as submitted, omits these provisions,” according to EPA.

CARB, however, argues that other provisions that “are already part of California law” and that appear in the rules and regulations of 32 of California's 35 air districts can stand in lieu of what EPA identified as the operational, monitoring, recordkeeping and corrective action requirements that are omitted from the state plan. Although CARB provided these rules and regulations in an appendix to its comments, the rules and regulations are not part of CARB's submitted plan, and the EPA does not have authority to incorporate all or part of them into the plan on behalf of CARB. The EPA cannot approve a state plan that omits certain required elements on the basis that some other local regulation or permit that is not part of the submitted plan contains provisions that may resemble those elements.

Additionally, EPA explained, even if CARB had properly incorporated the rules and regulations into its plan, the EPA notes that the rules and regulations for the most part cross-reference older EPA regulations that apply to MSW landfills for which the applicability threshold is 50 megagrams per year (Mg/yr) of non-methane organic compounds (NMOC) emissions. Those older EPA regulations do not apply to MSW landfills whose emissions of NMOC are below 50 Mg/yr but above the currently applicable threshold in Subpart Cf, 34 Mg/yr. This discrepancy means that landfills in California with NMOC emissions greater than 34 Mg/yr but less than 50 Mg/yr would not be required to comply with the requirements.