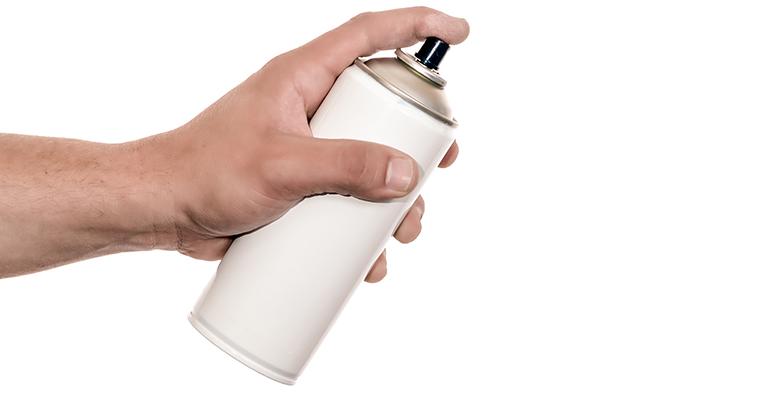 The final rule is effective on February 7, 2020, and will affect those who generate, transport, treat, recycle or dispose of hazardous waste aerosol cans.

“This change will benefit the wide variety of establishments generating and managing hazardous waste aerosol cans, including the retail sector, by providing a clear, protective system for managing discarded aerosol cans,” said EPA in a December 9 final ruling in the Federal Register. “The streamlined universal waste regulations are expected to ease regulatory burdens on retail stores and others that discard hazardous waste aerosol cans; promote the collection and recycling of these cans; and encourage the development of municipal and commercial programs to reduce the quantity of these wastes going to municipal solid waste landfills or combustors.”

The final rule is effective on February 7, 2020, and will affect those who generate, transport, treat, recycle or dispose of hazardous waste aerosol cans, unless those persons are households or very small quantity generators (VSQGs). Entities potentially affected by this action include more than 25,000 industrial facilities in 20 different industries at the two-digit North American Industry Classification System code level. An estimated 7,483 of these facilities are large quantity generators (LQG). The two top economic sectors with the largest percentage of potentially affected entities are the retail trade industry, representing 69 percent of the affected LQG universe, and manufacturing, representing 17 percent of the affected LQG universe.

On March 16, 2018, EPA published the proposal to add aerosol cans to the federal universal waste program. EPA said its proposal recognized that inclusion of this common waste stream as universal waste could better ensure that aerosol cans are managed appropriately at the end of their lives, remove these wastes from the municipal waste stream, potentially encourage recycling and reduce unnecessary burden for generators.

In addition to the universal waste management standards that apply to all universal waste handlers, such as labeling and marking, accumulation time limits, employee training, responses to releases, export requirements and, for large quantity handlers of universal waste, notification and tracking, EPA proposed specific standards that relate to the puncturing and draining of aerosol cans.

In addition to these proposed standards, EPA analyzed the existing state universal waste programs that include aerosol cans. The agency requested comment on including further limitations on puncturing and draining of cans that might contain materials that pose an incompatibility hazard with other materials or establishing further limits on which types of handlers are allowed to puncture and drain aerosol cans.

Regulation of Aerosol Cans Under RCRA

Until this rulemaking goes into effect, many, but not all, generators of aerosol cans identified or listed as a hazardous waste have been subject to the full RCRA Subtitle C hazardous waste management requirements, including all applicable requirements of 40 CFR parts 260 through 268. Depending on their activities, some generators must meet only the requirements of part 262, including onsite management, pre-transport and manifesting.

Hazardous waste aerosol cans that contain pesticides are also subject to the requirements of the Federal Insecticide, Fungicide and Rodenticide Act (FIFRA), including compliance with the instructions on the label. In general, the statement on aerosol pesticide product FIFRA labels prohibits the puncturing of the cans.

However, in April 2004, EPA issued a determination that puncturing aerosol pesticide containers in the process of recycling aerosol cans is consistent with the purposes of FIFRA. Such puncturing is lawful pursuant to FIFRA provided the following conditions are met:

The retail sector handles a large number of diverse products, which change over time and may, in many instances, become regulated as hazardous waste under RCRA when discarded. As a result, retailers are required to make hazardous waste determinations for a variety of products being discarded at stores across the country.

In 2014, EPA published a Notice of Data Availability (NODA) for the retail sector. In the NODA, EPA requested comment on a series of topics related to retail operations, waste management practices and management of materials that may become hazardous waste when discarded. This specifically included requests for information regarding aerosol cans (e.g., quantity generated, classification and management options, including handling them as universal waste), since aerosol cans comprise a large percentage of the retail sector's hazardous waste stream. Approximately 35 percent of NODA commenters specifically suggested that discarded aerosol cans be managed as universal waste.

In response to comments on the Retail Sector NODA, the agency published the “Strategy for Addressing the Retail Sector under RCRA's Regulatory Framework,” which lays out a cohesive plan to address the unique challenges faced by the retail sector in complying with RCRA regulations.

EPA expects that under the final rule, the number of aerosol cans that are diverted from municipal solid waste landfills and incinerators to recycling or disposal in Subtitle C facilities will increase. Following implementation of this rule, some generators will likely begin managing their aerosol cans as a universal waste, either to save money or to improve implementation of their existing waste management program.

One provision of the Universal Waste Rule allows consolidation of aerosol cans at central locations, making it easier for smaller generators to arrange for hazardous waste recycling or disposal of these materials when they are generated, noted EPA.

“Because the streamlined structure of the universal waste standards makes aerosol can collection programs more economical, hazardous waste aerosol cans that might otherwise be sent to a municipal landfill under a VSQG or household hazardous waste exemption would be more easily collected and consolidated for hazardous waste disposal by those who are interested in managing it this way,” according to the agency. “EPA intends to encourage individual households and VSQGs to participate in such programs.”

“In summary, EPA believes that management of hazardous waste aerosol cans will best be implemented through a universal waste approach where handlers are operating within a simple, streamlined management system,” added EPA. “The universal waste program addresses the environmental concerns surrounding the management of such wastes, while at the same time putting into place a structure that will allow for and encourage increased collection of aerosol cans for recycling.”