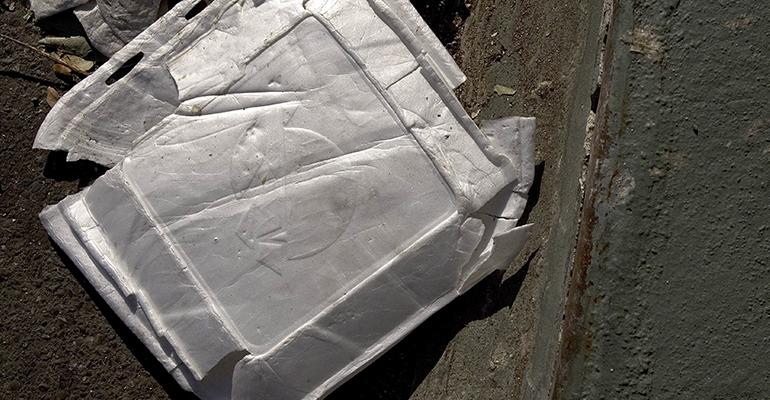 The City of New York Department of Sanitation (DSNY) began enforcing its foam ban law on July 1—the end of its six-month warning period.

“Foam cannot be recycled, plain and simple,” said Acting Sanitation Commissioner Steven Costas in a statement. “When foam enters our waste stream, it becomes a source of neighborhood litter and can end up on our beaches and in our waterways. It’s hazardous to marine life and can clog storm drains. It’s even a contaminant in our recycling and organics programs. Over the past six months, we’ve worked to educate businesses of the new law, and many businesses have already made the change to recyclable products.”

Single-use foam items are not recyclable and are instead collected as trash in the city. The ban encourages businesses to use one of many alternative packaging options, including compostable products, or recyclable paper, plastic and aluminum.

“Reducing our waste is vital to the health of our planet and our city. Single-use foam has littered our streets, sidewalks and parks or ended up in our landfills for too long,” said City Council Speaker Corey Johnson in a statement. “I am thrilled that we are taking steps to remove materials that cannot be recycled from our waste stream.”

Over the past six months, DSNY and other city agencies have worked to educate affected business throughout the five boroughs. Outreach activities have included:

What is Not Banned

Nonprofits and small businesses with less than $500,000 in gross income for the most recent tax year may apply for hardship exemptions from the Department of Small Business Services if they can prove that the purchase of alternative products not composed of expanded polystyrene would create a financial hardship.