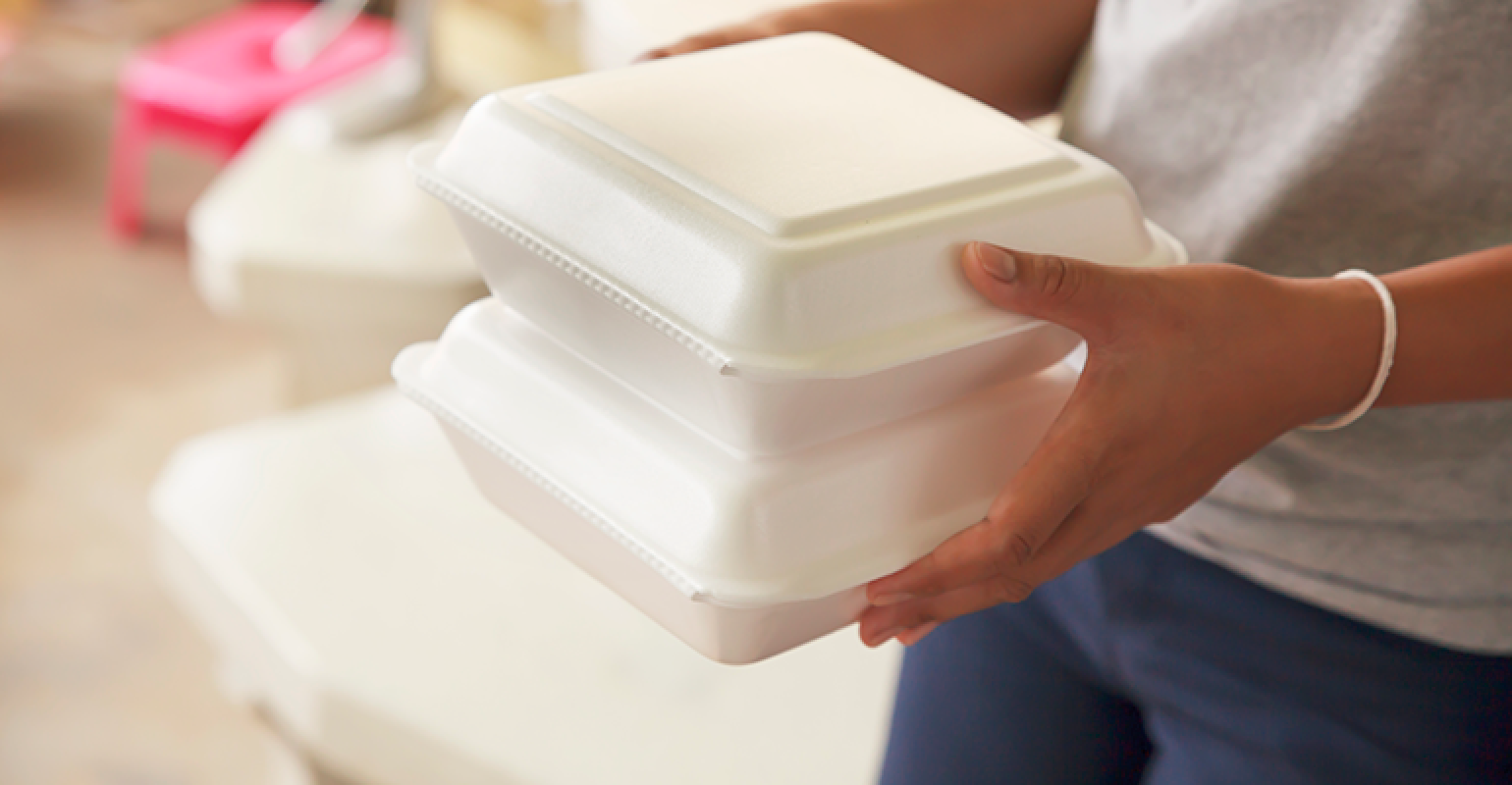 The proposal would also ban the sale of Styrofoam packing peanuts in the state.

New York Gov. Andrew M. Cuomo announced the fifth proposal of his 2020 State of the State Agenda—prohibiting the distribution and use of expanded polystyrene, commonly known as Styrofoam, single-use food containers.

The proposal also bans the sale of expanded polystyrene packaging materials known as packing peanuts. Additionally, the bill would authorize the State Department of Environmental Conservation to review and take action to limit or ban other packaging material upon a finding of environmental impact. The ban would go into effect by January 1, 2022. This ban will build on the governor's effort to reduce environmental pollution statewide, including the recent ban on single-use plastic bags first announced by the governor in his 2019 State of the State address.

"Styrofoam is one of the most common pollutants and a public health hazard that impacts humans and the environment alike," said Cuomo in a statement. "From takeout containers to packing peanuts, this material is everywhere, and it will continue to pollute our waters and harm our wildlife for generations to come if we do not act. With this proposal, we can build on our nation-leading initiatives to protect the environment and move New York another step closer to a greener, more sustainable future."

The new legislation will:

The ban exempts prepackaged food sealed prior to receipt at a restaurant or foodservice establishment, as well as packaging for uncooked or raw meat, fish or eggs. Violators will be penalized with a fine starting at $250. Second, third and fourth violations will be fined $500, $1,000 and $2,000, respectively.

Melissa Iachan, senior staff attorney in the Environmental Justice program at New York Lawyers for the Public Interest, released the following statement on the governor’s ban:

“We were encouraged that Governor Cuomo shared his proposal to ban single-use polystyrene, commonly known as Styrofoam, food containers and packing peanuts across New York state at today’s State of the State address. Banning this toxic, polluting, unrecyclable and non-degradable material will protect wildlife and reduce pollution in our water and parks. It will also mean less litter on the streets, especially in low-income communities throughout the state, where the majority of waste infrastructure is located. All New Yorkers—not just wealthy communities—should have clean streets free of the egregious litter caused by polystyrene."

“Single-use Styrofoam bans have already taken effect in municipalities including New York City, where it has been so successful that it’s inspiring Cuomo’s proposal. New York City fought a hard-won battle to overcome industry opposition and set an important precedent in implementing the ban last year. We’re confident New York State will do the same and become the second state in the U.S. to implement a ban on these harmful products. Governor Cuomo is stepping up to advance New York’s environmental protections and set an example for the rest of the country to follow.”