China Says it Will Not Relax Ban on Solid Waste Imports 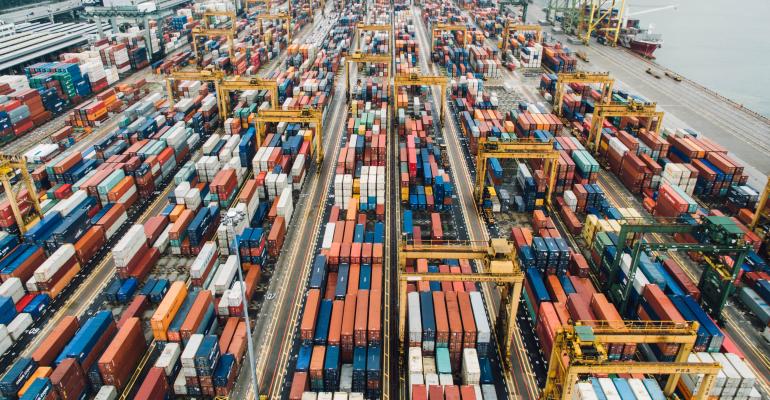 During a recent press conference, China’s Ministry of Ecology and Environment announced it will not loosen its policy and restrictions on the imports of solid waste.

China announced it will not relax its ban on recovered material imports but instead will “carry it forward,” said Qiu Qiwen, head of the solid waste and chemical management department of China's Ministry of Ecology and Environment, during a recent press conference.

Last week, China issued its latest round of recovered paper import permits, approving 2.5 million tons, according to a Resource Recycling report. Late last year, China’s Ministry of Ecology and Environment issued its first release of import permits allowing more than 5.5 million short tons of recovered fiber for import in 2019. But now, Chinese officials made clear the government’s plan to end almost all “solid waste” imports by the end of this year, according to the report.

“China, by no means, will loosen its policy and restrictions on the imports of solid waste, said Qiu, adding that the country is determined to significantly reduce the amount and types of imported solid waste and basically realize the target of zero solid waste imports by 2020,” wrote Xinhua.

Chinese officials doubled down on plans to ban virtually all recovered material imports by the end of the year, despite opposition from U.S. interests.

Even as the country issued recovered fiber import permits last week, Chinese environment ministry officials made clear the government’s plan to end almost all “solid waste” imports by the end of this year. The plan was first released last summer.

A handful of state media articles quoted a March 28 press conference that featured Qiu Qiwen, the head of the solid waste and chemical management department of the Ministry of Ecology and Environment. Qiu touched on the country’s import policies in response to “some media reports that China may ease up on foreign trash,” according to state media outlet ECNS.