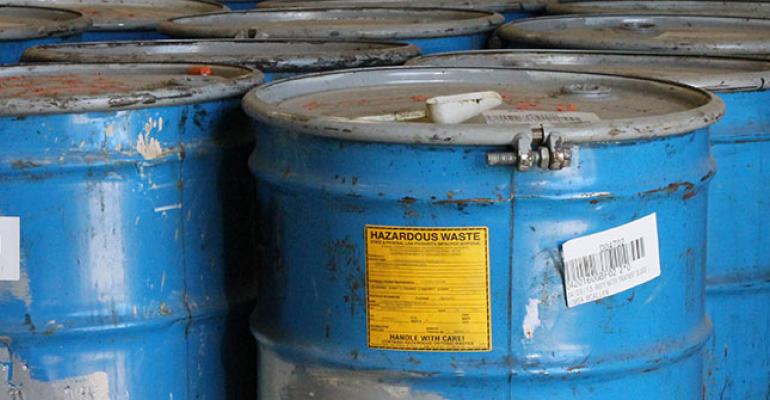 A California law recently raised the maximum daily penalty for improper hazardous waste disposal from $25,000 to $70,000. The civil penalty, passed last fall, can be levied "for each separate violation or, for continuing violations, for each day that violation continues."

"This legislation establishes a huge increase from the previous penalty and raises the stakes for companies or individuals who might have ignored previous warnings that California is serious about safeguarding the environment and citizens from hazardous waste," said Ryan Kiscaden, executive director of Thermostat Recycling Corp. (TRC), in a statement. "These are staggering penalty numbers that could cripple or drive a violator out of business. While TRC is focused on the safe removal and recycling of mercury containing thermostats, which is easily accomplished in one day, the overall threat of multiple daily fines is a cudgel that businesses and even consumers can't afford to ignore."

This law is an important signal to HVAC contractors, who are often the first business consumers call for a thermostat replacement, according to Kiscaden. The potential for swapping out an old thermostat with a new one becomes more likely given the dramatic growth of new programmable and smart thermostats replacing older units, including potentially mercury containing ones.

To date, there have not been any reported violations, but the sheer magnitude of the penalties suggests the seriousness of the issue.

Some contractors might be dismissive of the fine, thinking it won't happen to them. However, the state is going to need an example or two as a public relations exercise to demonstrate the law has teeth, states Kiscaden. "It's only a matter of time before someone gets slammed with the fine," he said in a statement. "And if you don't mind taking the risk, then good luck if your businesses become the unlucky example."

The legislation originated in California is significant, according to Kiscaden. "Whether you like it or not, California tends to be the leader in many areas, especially those dealing with the environment," said Kiscaden in a statement. "The policy often starts with California and migrates eastward inexorably."