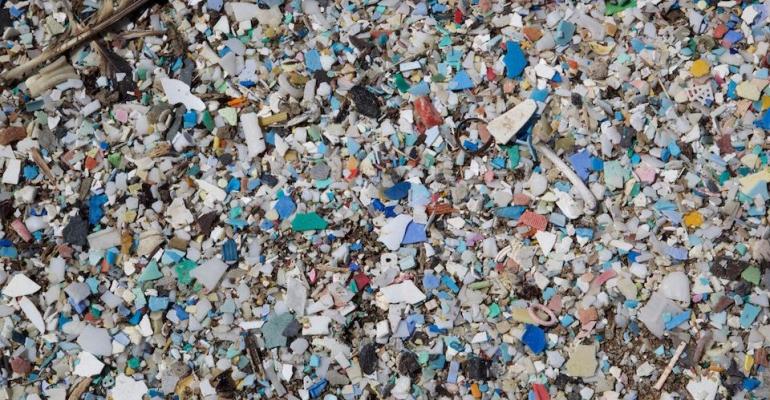 “Plastic has helped advance innovation in our society, but our infatuation with single-use convenience has led to disastrous consequences,” said Brown in a statement. “Plastics in all forms—straws, bottles, packaging, bags, etc.—are choking our planet.”

Among the plastic pollution reduction bills signed by the governor are:

Adhering to the California waste hierarchy by targeting source reduction, AB 1884 would transition sit-down restaurants to a straws-upon-request policy.

“By removing the default behavior of providing straws with every drink, consumers have an opportunity to make a deliberate, small change that will minimize the harmful impacts of single-use plastic straws in the environment,” said Assembly Majority Leader Ian Calderon in a statement. “It’s a small but significant step forward and will hopefully set the precedent for the rest of the nation to adopt similar policies that will ensure less plastic ends up harming the environment.”

SB 1335 phases out takeout food packaging that is not widely recycled or composted, has toxic ingredients, makes up a significant portion of pollution in public spaces or substantial negative impacts on wildlife from being used at state facilities, including state parks, beaches, colleges, office buildings and fairgrounds.

“California will set a positive example by showing the world that it’s possible to switch from environmentally damaging food packaging to sustainable alternatives,” said Sen. Ben Allen in a statement. “Our new policy will help lead the way to widespread availability and acceptance of to-go food containers that are affordable, recyclable, compostable and non-toxic.”

SB 1263 by Senator Anthony Portantino would require the Ocean Protection Council to adopt and implement a statewide microplastics strategy.

“A growing body of research has shown that microplastics are present in marine environments, within marine organisms and in drinking water, said Portantino in a statement. “Greater knowledge can lead to increased efforts at recycling, decreased use of plastics, decreased pollution and an overall healthier public and planet.”

“Ocean plastic is estimated to kill millions of marine animals every year. In fact, after a dead pilot whale washed up in Thailand, researchers found 80 plastic bags in its stomach that had prevented the mammal from digesting food. Nor are humans immune as microplastics were recently found in tap water around the world,” said Brown. “It is a very small step to make a customer who wants a plastic straw ask for it. And it might make them pause and think again about an alternative. But one thing is clear, we must find ways to reduce and eventually eliminate single-use plastic products.”

In 2016, California voted to become the first state in the nation to ban single-use plastic grocery bags. Data from statewide beach cleanups show that policy is already delivering results in terms of reduced pollution and waste.

Brown has until September 30 to sign or veto remaining bills sent to him by the legislature.

In addition to the plastic pollution reduction bills, Brown signed RNG Coalition-sponsored bill AB 3187, which requires the California Public Utilities Commission, by no later than July 1, 2019, to open a proceeding to consider funding biomethane interconnection infrastructure through a gas corporation's utility rates.

“Renewable natural gas has many environmental advantages because it can replace fossil sources of natural gas in homes and businesses,” said Assemblymember Tim Grayson in a statement. “This legislation will help equip biomethane producers and utilities to further integrate this clean energy technology in order to meet California’s greenhouse gas reduction goals.”

"With California's organic waste diversion and methane reduction mandates fast approaching, it is critical that we consider policies now to enable the development of renewable natural gas facilities in California," said Nina Kapoor, RNG Coalition director of state government affairs, in a statement. "AB 3187 directs the CPUC to consider addressing the single largest cost barrier—interconnection costs—and enables the industry to invest in and construct RNG facilities to lead us to meet our climate change goals. The RNG Coalition looks forward to the opportunity to advocate for increased interconnection incentives before the California Public Utilities Commission next year."