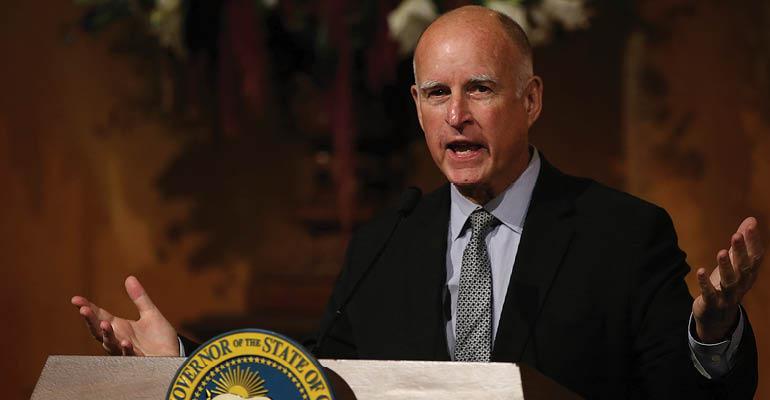 AB 1158 was crafted to protect consumers and the environment by requiring manufacturers to implement a stewardship program that sets a carpet recycling goal of 24 percent by 2020.

California Governor Jerry Brown has signed carpet recycling legislation that will help California reach its target of emitting 40 percent fewer greenhouse emissions by 2030. The bill, AB 1158, which was written by Assemblymember Kansen Chu (D-Milpitas) and sponsored by the National Stewardship Action Council (NSAC), was crafted to protect consumers and the environment by requiring manufacturers to implement a stewardship program that sets a carpet recycling goal of 24 percent by 2020.

"I applaud Governor Jerry Brown for signing my bill into law," said Assemblymember Kansen Chu (AD 25, Milpitas) in a statement. "AB 1158 is the result of great collaboration between diverse stakeholders, including policy and environmental groups, labor, manufacturers, local government and recyclers. Keeping carpet out of landfills and incinerators benefits Californians and our environment. AB 1158 is a reasonable approach to improving the existing program and will protect consumers that are paying to fund carpet recycling."

AB 1158 received bipartisan support by the Senate and Assembly, as well as carpet producers like Interface and Tandus-Centiva.

The needs to pass AB 1158 and expand carpet recycling include:

“I thank Governor Brown for signing this important piece of legislation,” said Heidi Sanborn, executive director of the National Stewardship Action Council, in a statement. “It’s imperative that we increase the proper recycling of carpet as these materials are now one of the largest greenhouse emitters of any landfilled product. Nationally, approximately 4.7 billion pounds of carpet end up in landfills each year.  Most of the materials are plastic made from oil and have a large GHG footprint. By signing AB 1158 into law, we are not only protecting consumers by ensuring the recycling fee is used for recycling, but will be protecting the environment while creating jobs.”