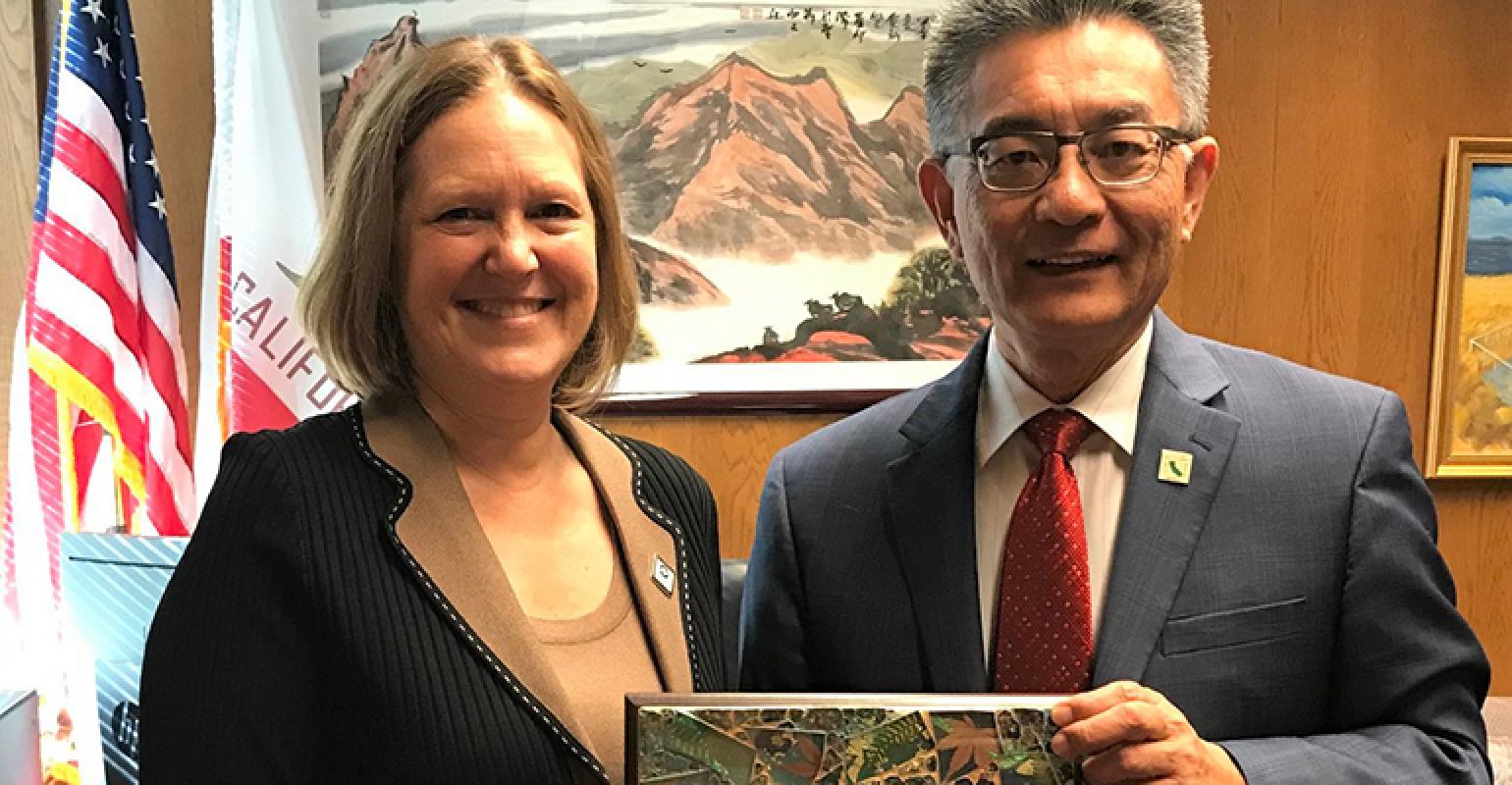 AB 729 makes changes to the state’s carpet stewardship program, which is the first of its kind in the country.

California Governor Gavin Newsom on October 9 signed AB 729 into law. The legislation makes changes to the state’s carpet stewardship program, which is the first of its kind in the country.

According to the National Stewardship Action Council, AB 729 paves the way for a new public administrator to potentially take over California's carpet recycling program and for the state to reclaim more than $15 million in carpet recycling fees used to support California carpet collection and recycling businesses.

“AB 729 improves a program that is very crucial to California meeting its recycling goal, reducing our carbon footprint and leading the way in extended producer responsibility programs,” said Assemblymember Kansen Chu (D-San Jose) in a statement. “California’s carpet stewardship program is the first of its kind in the country, and with the reforms in AB 729, the state and program will have the tools they need to reach our recycling goals. I’m grateful to the governor, the bill’s sponsor and advocates for their tireless work to make this program a model for the nation.”

This passage comes after a long-fought battle between Carpet America Recovery Effort (CARE), the private, industry-led administrator for the state’s carpet recycling program, advocates of AB 729 and carpet manufacturers and recyclers.

CARE runs California’s carpet stewardship program, which provides subsidies and grants to recyclers. The money comes from a consumer fee of 35 cents per square yard purchased, which goes in a fund managed by CARE. It raises about $30 million a year.

Since this funding mechanism’s inception, the carpet recycling industry has grown in California and stayed flat everywhere else, according to Eric Nelson, vice president of strategic alliances for Interface Americas, an Atlanta-based carpet manufacturer, and a member of CARE’s board of directors.

But the program is not without its issues. California has accused CARE three times of not meeting requirements set by California's Department of Resources Recycling and Recovery (CalRecycle), according to Heidi Sanborn, executive director of National Stewardship Action Council and sponsor of AB 729.

“It’s time to stop CARE from pulling the rug out from under California’s carpet recycling program. For the past eight years, CARE has made the same excuses collecting fee money paid by California consumers, while failing to meet legislated recycling requirements,” said Sanborn in a statement. “CARE’s latest plan continues with the same excuses, and there’s reason to believe CARE will be revoked as the program administrator, jeopardizing the state’s ability to retrieve over $15 million in California consumer fees it has accrued.”

In addition to its recently revised plan, CARE released its second quarter 2019 results and anticipates positive results through the end of the year.

The Q2 results mark the highest recycled output and recycling rate to date. The recycling rate was 18.4 percent, which continues the steady climb toward the goal of 24 percent. Recycled output increased more than 8 percent over the previous high in Q2 2018 to 15.1 million pounds.

But despite these positives, CARE, along with other opposers who aimed to "kill the carpet tax," are disappointed with the outcome of AB 729.

“It is unfortunate that a challenging technical and market problem like carpet recycling has been turned into a political football,” Robert Peoples, executive director of CARE, told Waste360. “Companies responsible for 90 percent of all the carpet recycling in the state of California did not support this bill. We have posted record Q2 results and look forward to even more positive results for the rest of the year. We look forward to continuing to work with CalRecycle and making great progress thanks to the subsidies, grants and technical assistance that we offer to the carpet recycling industry in California.”

“California is the first state to require a statewide carpet recycling program designed and implemented by carpet manufacturers,” CalRecycle told Waste360. “The reforms included in AB 729 will help ensure stability in California’s groundbreaking carpet stewardship program and make certain that consumer fees paid at the time of purchase are used to strengthen collection and recycling opportunities. CalRecycle looks forward to working alongside stakeholders on this important issue to move California closer to a more sustainable future.”

Carpets comprise 99 percent plastic, made from fossil fuels. In 2016 alone, more than 257 million pounds of carpets were dumped in landfills (about 2 percent of total disposed) and more than 20 million pounds were burned in incinerators, just in California, according to a press release by the National Stewardship Action Council. Carpet production is projected to grow 4.5 percent annually to 14.6 billion square feet by 2019 in the U.S., increasing the amount of carpet to be handled at end of life.

In 2010, California became the only government in the world to require carpet manufacturers to implement a stewardship program to increase the recycling of carpet (AB 2398, Perez). In 2017, California passed AB 1158, which reformed the program by mandating the industry increase the rate of carpet recycling to rate 24 percent by 2020, ending the consumer subsidization of carpet incineration, incentivizing the production of more recyclable carpets and providing proper training for carpet installers.

“California-based recyclers and manufacturers using post-consumer carpet rely on consumer-generated financial incentives provided under the state’s carpet stewardship program. They cannot risk the unnecessary disruption to their payments that could occur if the collected funds are held up during a transition of the stewardship organization,” said Mike Tinney, a recycling markets consultant, in a statement. “AB 729 eliminates the risk of incentives stopping while ensuring costs required to recycle various carpet types are visible to the consumer.”