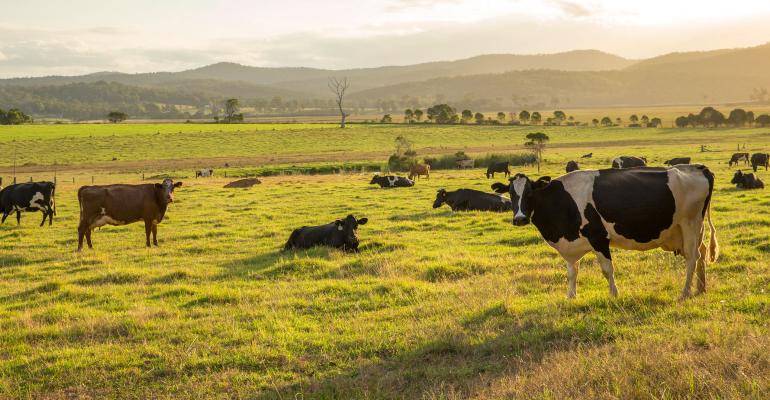 Under AB 2959 jurisdictions could require grocers, restaurants and other retail food establishments to use a franchised hauler to send organic byproducts for use as livestock feed. It amends an earlier bill: AB 3036, which stated that industrial sources who generate organic byproducts used for livestock feed are not held to a franchise waste hauler agreement. But AB 3036 did not clearly define “industrial source.” So along came AB 2959, spelling out who falls under this category, and excluding these retail food entities from this exemption.

Many in the retail food and agriculture industries claim that AB 2959 will prevent these byproducts from going to feed and or that food retailers will incur higher compliance costs. But some constituents in the solid waste industry, and at least one environmental advocacy organization, contend that AB 2959 simply clarifies a gray area in AB 3036 that had created a loophole.

What drove this proposed legislation was that after AB 3036 passed in Sept. 2018, some non-franchised haulers started collecting organic byproducts from grocers and restaurants, and some franchised haulers said this is not what AB 3036 intended, says Louie Brown, an attorney representing the California Grocers Association.

While AB 2959 now clarifies who is considered an industrial source, there is remaining discrepancy, mainly around what counts as livestock feed versus “discards.”

“There are different interpretations of AB 3036. While it said organic byproducts could be picked up for animal feed, I think there are different degrees of opinion on what that means. The law states discarded material would not be acceptable. And there is a fundamental difference on what is considered discarded,” says Dennis Albiani, an attorney and lobbyist for the California Grain and Seed Association, who also opposes AB 2959.

Bill supporters say the material is a discard if there is a disposal fee and point to a Supreme Court ruling as making this determination: Rancho Mirage vs Waste Management of the Desert.

Albiani and his client, like many California food retailers, argue the state laws that govern organics recycling were implemented to encourage or require additional diversion of organics from landfill and that the bill will work against that objective.

“For decades, millions of tons of organics have gone to livestock feed and other agricultural uses. If grocers, restaurants and other retail establishments had to be under a franchise waste agreement that material would be downcycled to compost or it would be landfilled, further burdening the organic waste management system,” says Albiani.

The U.S. Department of Agriculture requires that if organic byproducts will be used for livestock feed, they must be separated by the generator. But Albiani says once franchised waste haulers pick up separated byproducts, they typically mix them with other material.

Nick Lapis, director of Advocacy, Californians Against Waste, says that AB 2959 has been misinterpreted and that it would not prevent these businesses from sending their material for animal feed, or even necessarily force them to work with franchises.  He says they can work with nonfranchised haulers if they are selling or donating these byproducts and if they are not paying a hauling fee, as under these circumstances the material would not be considered discards.

“Originally AB 3036 was interpreted broadly as far as what businesses were considered industrial and what counts as nondiscarded materials. AB 2959 should have been a noncontroversial ‘cleanup’ bill, but its opposers claim it does more than it actually does. They say the law bans animal feed and requires it to go through franchised haulers, so it will go to compost. And that’s not what the bill does,” says Lapis.

While opposers of AB 2959 assert that this bill will result in lower diversion rates and or lower uses of animal byproducts Lapis projects a different outcome. Solid waste franchises are important tools for achieving the state’s recycling goals, he contends. In exchange for exclusive rights for materials they must meet standards established by municipalities and usually pay a franchise fee.

“These franchises are the backbone of California’s entire curbside recycling system and will be an indispensable instrument for rolling out new composting programs. Franchise agreements also ensure worker protections, cleaner fleets, and less congested streets,” he says.

In a statement, AB 2959 author and Assemblymember Ian Calderon said, “The basic purpose of this measure is to enable farm-to-farm transfers of agricultural byproducts from a grower to another farmer, for use as animal feed. Waste sectors agreed that this limited and narrow practice could occur outside of an exclusive solid waste handling franchise. [AB 3036] was not intended to apply to agricultural byproducts generated at a retail store orrestaurant …This bill seeks to clarify the law to conform to the intent of AB 3036.”

In Brown’s view there are only two ways the system to put these byproducts to use could work specifically for grocers: “One is to delete the words grocers and supermarket in AB 2959 to allow us to operate within AB 3036. The other is to simply stop AB 2959, and that is our preferred approach.”

Over two dozen organizations have opposed AB 2959, primarily in the agriculture and restaurant industries, with a few being The California Restaurant Association, California Cattlemen's Association, Western United Dairymen, Almond Alliance of California, and Pacific Egg and Poultry Association, as well as some waste-related operations such as the California Advanced Biofuels Alliance, Complete Recycling and Go Green Recycling.