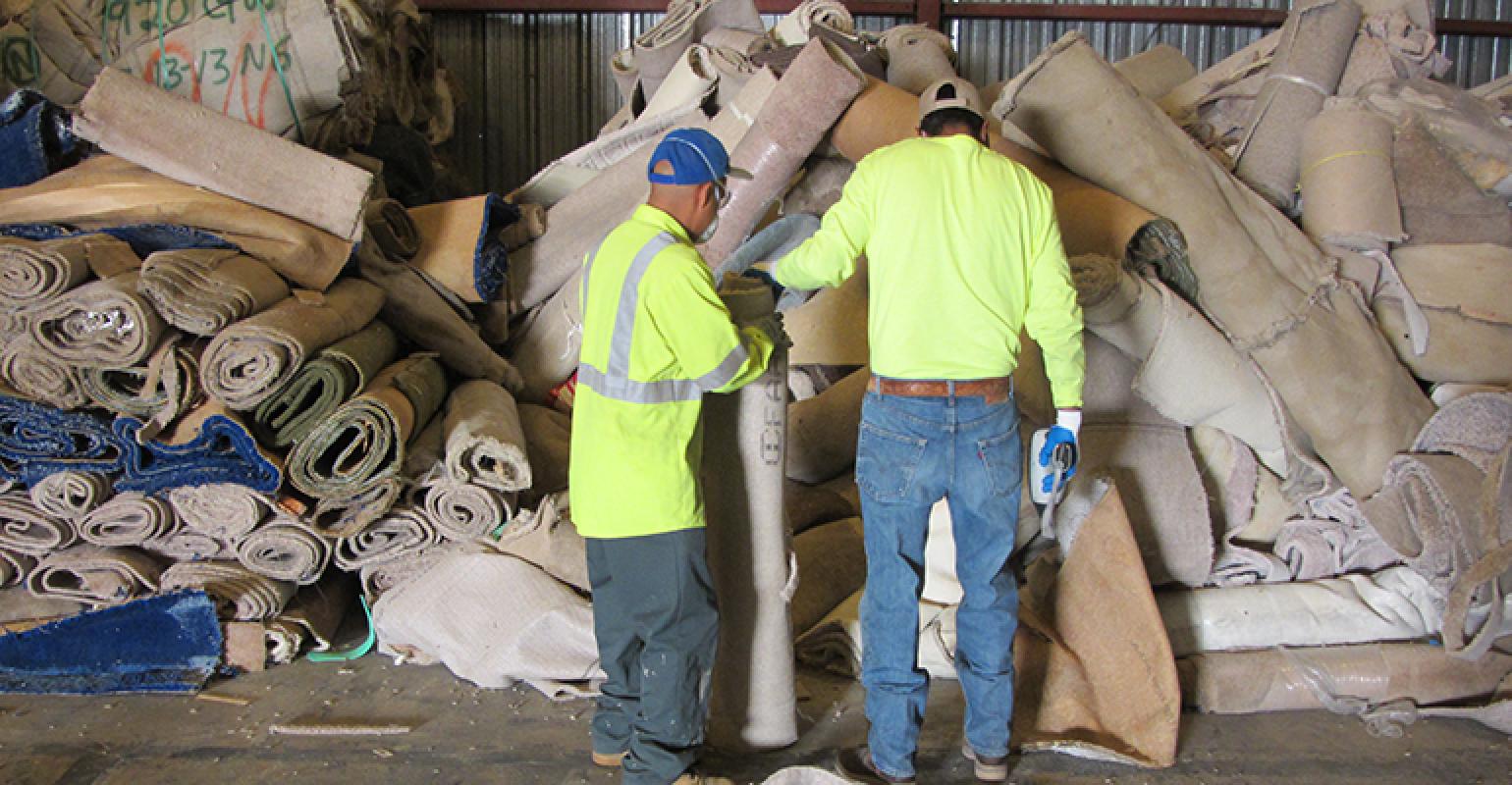 AB 729 guarantees the fee consumers pay when they buy carpets continues to be available to provide incentive payments to recyclers and collectors.

For nearly a decade, California has required carpet manufacturers to implement a carpet stewardship program (AB 2398), intended to ensure the major undertakings of collecting and processing this hard-to-recycle material, as well as to fund the work. But there has been heated debate over whether the stewardship program administrator, Carpet America Recovery Effort (CARE), which has been at the helm since the mandate’s start, is qualified to oversee the job.

And there’s been ongoing conversation over what details belong in the plan, which has raised questions about the program’s fate and has created uncertainty for the industry.

Collectors and processors who have invested millions in infrastructure have been especially concerned about money—CARE controls funds that provide financial incentives to them—nearly $16 million accrued to date. But California’s latest—and third—bill around carpet recycling, AB 729, will at least provide some certainty around funding. This new milestone, along with a major pending decision of the California Department of Resources Recycling and Recovery (CalRecycle), will impact the state of carpet recycling in California. And it will impact those vested in it.

Among provisions, AB 729 allows for a bridge plan should the state appoint a new stewardship organization. The plan ensures a mechanism to guarantee that the fee consumers pay when they buy carpets continues to be available to provide incentive payments to recyclers and collectors. 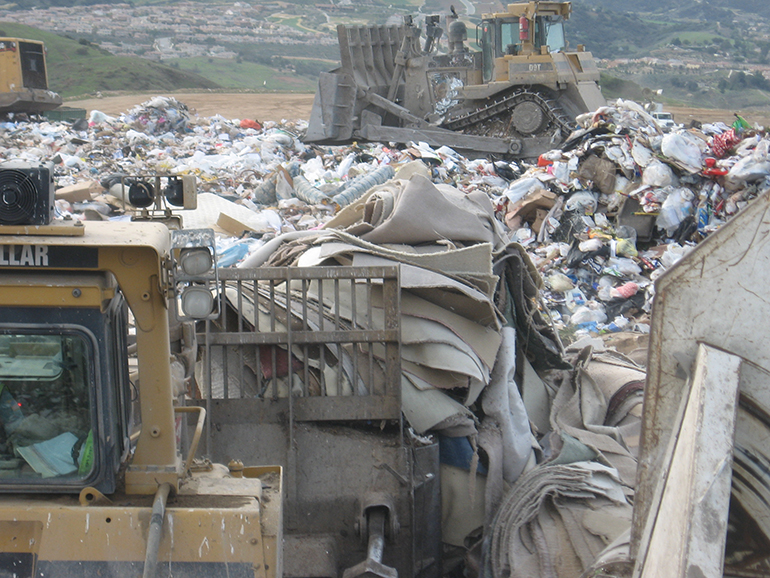 Wes Nelson, sales and marketing manager for GreenWaste Carpet Recycling in San Jose, Calif., is happy with the new legislation. GreenWaste is one of four carpet sorters and collectors in California.

“This bill has components that will increase our business, which means increased diversion. But the most important language piece, I think, is the bridge plan to provide a security blanket for those of us within the carpet recycling infrastructure in California. It’s important to us to know that we will have a safety net in the event that a transition was necessary to another administrator,” he says.

AB 729 also changes the fee consumers pay when they purchase carpets to help subsidize recycling. What had been a flat fee of 35 cents per square yard will now be higher or lower, based on its environmental impacts, including recyclability.

Heidi Sanborn, executive director of the National Stewardship Action Council (NSAC) and the sponsor of AB 729, is especially pleased with this new fee model.

“The public will be able to see when they buy carpet if it’s a poor design for the environment. And they can decide if they want to pay that extra amount. Before, they had no way of telling if carpet is environmentally preferable; now, they will have a clear market signal [cost] indicating if it’s a green product,” she says.

Sanborn and the organization she runs pushed for AB 729 and also have been among CARE’s strongest critics, contending its stewardship program has lacked transparency around recycling costs; provided insufficient financial support to recyclers; and insufficient support to installers who keep the carpet clean, roll it properly and get it to recyclers. And while Sanborn acknowledges that CARE has helped raise the bar in California regarding diversion, the numbers aren’t good enough, she contends. 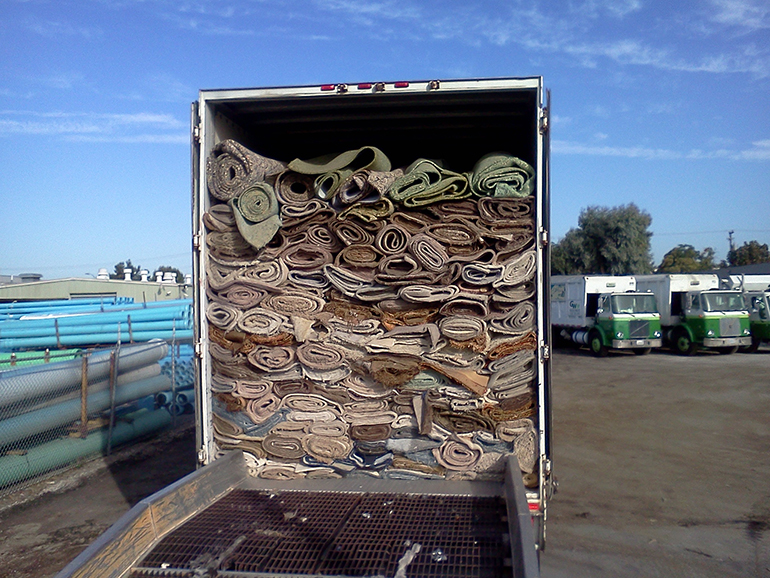 CalRecycle has agreed the program has lacked in some areas and called on CARE to address identified shortcomings.

The initial CARE plan was for 2011 to 2016. Since that timeframe, the stewardship organization has submitted two new five-year plans to CalRecycle that were not approved as it was determined they did not meet requirements of the carpet recycling statute.

The reactions to CalRecycle’s decisions were intense and varied.

By that point, Aquafil had invested about $25 million in carpet recycling facilities to process up to 70 million pounds of spent carpets. Franco Rossi of Aquafil wrote that “In 2017, no more than 50 million pounds of used carpet were recycled in California, so our capacity alone will … make CARE’s 24 percent target [mandated by law] reachable.” He added if CARE’s revised plan were approved and there was no interruption in collection and distribution of funds, “it is very likely that the 24 percent target will be achieved by early 2020.”

Among those who made clear they were not happy with CARE were GAIA, Clean Water Action Council and Valley Improvement Projects for Social & Environmental Justice. Collectively, they cited concerns such as insufficient focus on designing carpets for recyclability and a lack of transparency regarding disposal reporting and reporting of budget line items.

While CARE’s last two plans were not approved, they did address some of the concerns, including increasing existing subsidies for collectors and processors, adding new subsidies, expanding collection infrastructure and discontinuing subsidies for carpet as alternative fuel.

In March 2019, CalRecycle conditionally approved the latest (and third) plan since the initial CARE plan. It was with the caveat that it meets CalRecycle’s guidelines for the request for approval, which is CARE’s Chapter 0 plan.

Among tasks CARE must accomplish in its Chapter 0 plan are to:

“Although CARE experienced a rough road during the infancy stages of this new legislation, they have since made strides,” he says. “Most recently, they partnered with Eastman Chemical and Circular Polymers to facilitate an agreement to recycle PET [polyethylene terephthalate] fiber carpet. This will pull a significant amount of carpet out of landfills. Such behind-the-scenes work as this, along with their grant funding mechanisms, are increasing recycled output, new product development and diversion of post-consumer carpeting.” 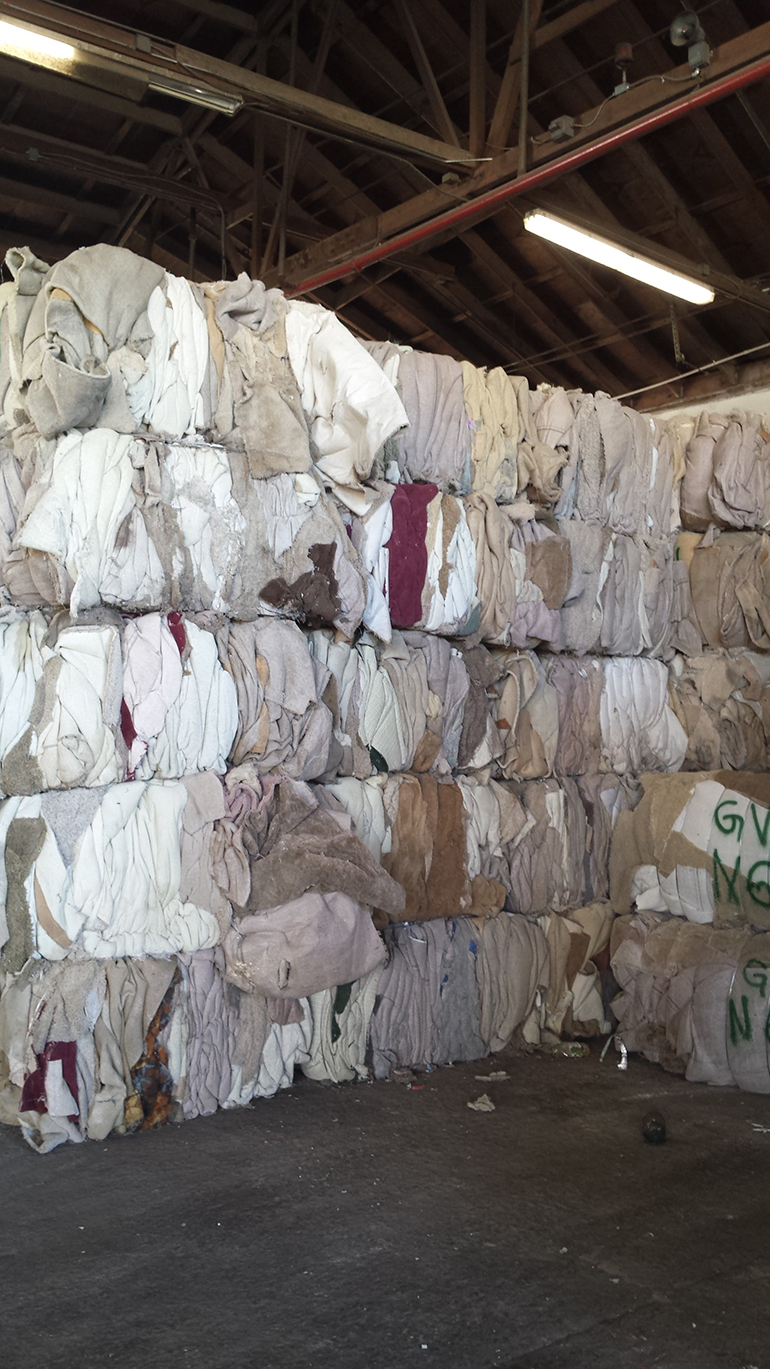 GreenWaste is already shipping all its PET from carpets for processing and recycling. Though few collectors and sorters are currently able to do this, largely because of their distance from processors.

Sanborn is not convinced the industry is seeing a turnaround, nor is she as impressed as Nelson with the diversion rates or overall progress.

Admittedly, she says California’s carpet recycling rate is four or five times higher than other states.

But, she says, “We have gone from 8 percent carpet recycling to just over 18 percent in almost nine years. So, while CARE has made a difference, it’s less than a 1 percent increase per year on average, and that is terrible for any recycling program,” she says.

Robert Peoples, CARE’s executive director, declined to comment for this article, though he provided insight to Waste360 after the passage of AB 729: “We have posted record Q2 results and look forward to even more positive results for the rest of the year.”

CARE’s Chapter 0 plan will be reviewed at a CalRecycle stakeholders meeting November 19, at which time a decision could be made on whether to approve it.

At this time, discarded carpet is one of the 10 most prevalent waste materials in California landfills, according to CalRecycle.

“As the first state in the nation to require a statewide carpet recycling program designed and implemented by carpet manufacturers, California is clear on its commitment to decrease landfill disposal of carpet through increased source reduction, reuse and recycling. Turning this waste into a supply stream for local businesses creates jobs, provides feedstock for local businesses and moves California closer to a more circular and sustainable economy,” a CalRecycle spokesperson told Waste360.