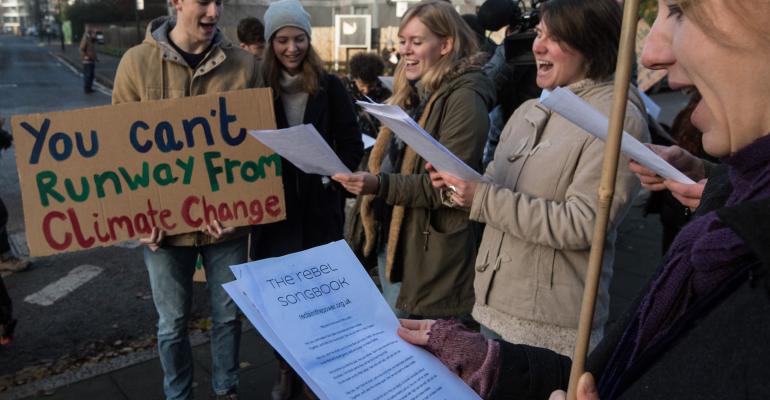 As a nation, we’ve been fortunate that our public agencies have not been overtly politicized.

Michele Nestor is the president of Nestor Resources Inc., based in the Greater Pittsburgh area, and chair of the board of directors, of the Pennsylvania Recycling Markets Center, Penn State, Harrisburg. She helps private and public sector organizations develop strategic plans to survive in a transitioning marketplace. The views expressed are her own and do not necessarily represent the views of Waste360. Waste360 welcomes all responses and feedback to this piece. Please leave a note in comments section below or email them to [email protected].

Kellyanne Conway, a counselor to the president, got the nation’s attention when she uttered her infamous justification for the use of “alternative facts.” Her retort was meant to explain away White House Press Secretary Sean Spicer’s inaccuracies on the inauguration crowd size. The idea that “alternative facts” could be propagated and should be tolerated was unsettling for many Americans.

But there was more.

A purported gag order on the U.S. Environmental Protection Agency (EPA) and other science-based agencies sent rumblings over social media, the press and television news networks. Agents gone “rogue” posted on Twitter accounts speaking of tension and anxiety throughout the ranks. It is still unclear whether the communications freeze was a direct order from the executive branch or if agency heads fearing retribution silenced their staffs.

We do know this.

References to climate change, among other topics like LGBT rights, were removed from the Whitehouse.gov website within seconds of President Trump taking office. During President Trump’s first week in office, the EPA was seemingly put on lock down with funds frozen for a majority of programs, grants and research. Then the Trump administration directed web pages related to climate change removed from the EPA site. Curiously, the Department of Energy’s climate change web pages were not under siege.

Scientists Push Back on Information Control

We expect each administration to have different communication policies and styles. It is a given at federal, state and local levels. Much of the change is cosmetic or necessary to replace outgoing faces with new elected and appointed officials.

In the current situation, different modifications were being made with surgical precision. The unprecedented rapidity exerted by this administration to eradicate certain topics from public view was difficult to ignore. It raised suspicions that environmental agencies were being targeted more than other government bodies.

In response, the collective scientific community flexed its muscle. Rightfully so.

Evidence-based decision making is equally important to corporate leaders and public policy makers. Better economic and environmental returns on investments are more likely when accurate indicators are evaluated in the developmental stages. It would be irresponsible to make decisions that affect the economy, public health and safety with falsehoods and “alternative facts.”

The U.S. government, through its public agencies, possesses a depth of research data unmatched by any other single source. When it comes to climate change U.S. scientific data is arguably some of the most authoritative in the world. Because the research challenges long standing support of an economy reliant on fossil fuels, the scientists and their conclusions are open to intense scrutiny and public critique.

As a nation, we’re accustomed to tapping into this vault and may fail to recognize its unique value. We need to rethink that attitude. Moving forward our focus should be on retaining the historic data, ensuring the integrity of current data and, above all else, protecting our access to all of it.

Scientists have been paying closer attention than the general population when it comes to political motivation for data manipulation and destruction. They are organizing their own march to draw public focus on the role of science in global and national policy issues. The scientific community is taking cues from climate change denying administrations in other countries, where all data was deleted rather than simply removed from view. As an offensive move, they are actively preventing the permanent loss of existing work. In support of their colleagues, scientists have engaged in organized mass downloads of government data, reports, and other information. This is being preserved in a cloud based server and other secure places.

Consider How the Waste and Recycling Industry Relies on Government Datasets

We are exploring new metrics in materials management. Taking a life cycle approach requires us to look at a broader spectrum of issues. In addition to reuse, recycling and disposal, we now evaluate extraction, production, distribution and duration of use. A short list of the government agencies that track and monitor statistics related to these issues includes: the Department of Energy, the Department of Interior, the Department of Commerce and the National Weather Service.

The industry’s wakeup call on safety is largely due to reports from the Bureau of Labor Statistics. They collect and compile the statistics, which we are reluctant to share directly with one another. Seeing the results motivates us to join efforts to improve our operations and inform the public.

Critics may argue with EPA ‘s methodology to determine municipal waste generation, recovery and disposal. Nevertheless, the database is the industry’s most comprehensive historical record. It helps us illustrate the effect overtime of policies, practices and economic influences on municipal waste.

Because waste generation is driven by population, housing and other demographic factors, we rely on U.S. Census Bureau statistics to establish performance benchmarks, recognize trends and predict business opportunities.

Our Right to Know

Freedom of information allows us to view the data, methodology and findings on numerous topics. We are free to use it to support, supplement and complement our own work. Outside scientific analysis is welcome to challenge and refute the government findings. When substantiated, better policymaking results.

Obtaining the level of information offered by the federal government would be cost prohibitive if individual businesses conducted the research. Only multibillion dollar companies would have access. Yet we take this privilege for granted. We shouldn’t.

Can you imagine if public data were limited to select political views? What if “alternative facts” were our only information with little regard for how it was derived? I had a brief experience in a world of alternative facts and information control, a.k.a. propaganda during the Cold War. It remains a vivid memory.

I was in Moscow, Russia, three weeks after the collapse of the former Soviet Union. The first hint of information control came as I stood at the gates of the Kremlin with several waste management industry colleagues. Our “handler” proceeded to give us a short synopsis of Russian history. Everything was very interesting and informative, if you could disregard that a few of the claimed military victories were actually wars lost.

Other touted achievements were what we now politely call falsehoods instead of lies.

Granted, rewriting history is not unique to communist influenced countries. Over time, U.S. historians have sanitized our own troubling experience with slavery and racism. So, it wasn’t the lapses in historical accuracy that moved me. What left an indelible mark, however, was the plight of the scientists who befriended us.

They explained how severe restrictions affected their work. Access to outside reports, studies, and emerging technologies was limited, if not forbidden. Of course, their findings were filtered and controlled not only between agencies, but also within an agency among individuals conducting similar research. This limited a person from connecting facts, like good scientists do, to understand far reaching consequences.

Rather than evidence based decision making, outsiders could selectively dissect the scientific work to provide evidence crafted to support policies with purely political purposes. Somehow, they still retained their own personal ethics and dignity.

As a nation, we’ve been fortunatethat our public agencies have not been overtly politicized. Challenges and goals may differ, but a certain continuum of knowledge and work prevails regardless of the political persuasion of the White House. The EPA has been erroneously depicted as the domain of liberals or Democrats. That is not only unfair, but inaccurate. The agency was created by a conservative Republican. Some of the EPA’s most important work has occurred during Republican administrations.

During the writing of this article, the administration’s order to remove EPA’s climate change web pages was temporarily rescinded. Unsubstantiated claims surfaced that funds for certain programs and would be reactivated before January 31. Early statements that scientist’s work would be vetted by Trump political appointees were modified. That gives some hope the legacy of scientific integrity will be allowed to continue at the EPA, and others scientific based agencies. Access to untethered factual information must also prevail.

Michele Nestor is the president of Nestor Resources Inc., based in the Greater Pittsburgh area, and chair of the board of directors, of the Pennsylvania Recycling Markets Center, Penn State, Harrisburg. She helps private and public sector organizations develop strategic plans to survive in a transitioning marketplace.