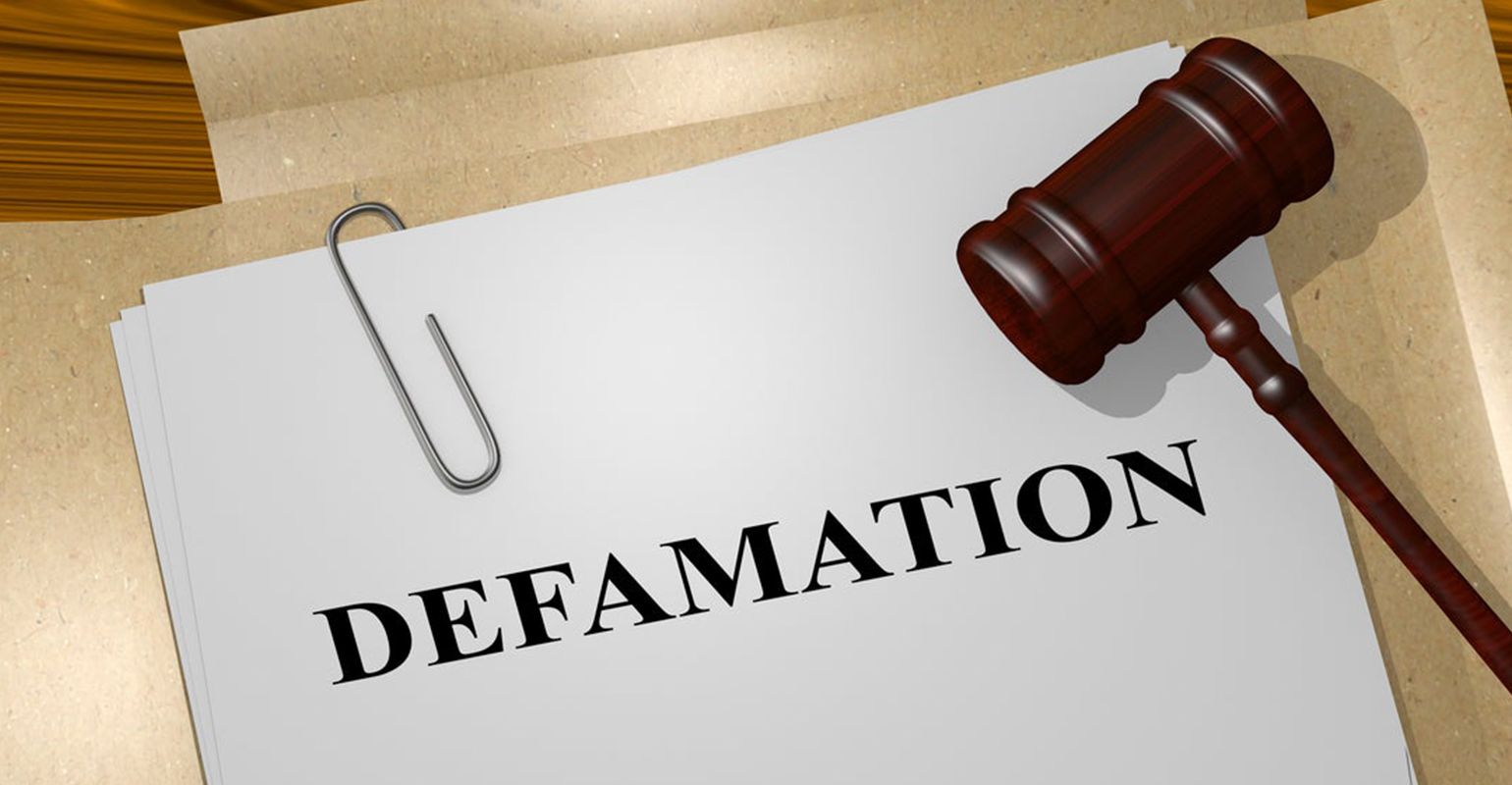 After someone speaks out on a public issue or controversy, retaliatory litigation may happen.

In a 1996 episode of her daytime talk show, Oprah Winfrey had a discussion with animal- rights activist Howard Lyman on mad cow disease. After Lyman predicted widespread gloom and doom for American beef from the disease, Oprah said that the conversation had “stopped me cold from eating another burger.” Beef prices plunged following the broadcast.

A group of cattle industry executives filed a lawsuit against the talk show host, her production company, and Lyman, attributing millions in lost business to what they considered false and defamatory statements during the episode. Following a trial, the jury handed down a verdict in her favor. Livestock owners sued her again in 1998. The second case lingered for four years before a Texas federal judge dismissed it.

After someone speaks out on a public issue or controversy, retaliatory litigation may happen. This tactic is referred to as a Strategic Lawsuit Against Public Participation, or a SLAPP.  One might be "SLAPPed" for actions such as posting on social media, writing a letter to the editor of a newspaper, testifying before a legislative body or commenting at a public hearing, reporting official misconduct, or circulating a petition.

SLAPPs are often brought by business interests, real estate developers, or government officials against individuals or community organizations that oppose their actions. They  resemble civil lawsuits for defamation (injury to reputation), nuisance, interference with contract, interference with economic advantage, or invasion of privacy, but their purpose is different. Winning the case is not the objective. The intent is to silence criticism by intimidating, censoring and punishing a defendant by means of a difficult, painful and expensive experience.

Beginning in the 1990s, when SLAPP suits as a harassment tool became pervasive, some states began adopting measures — commonly referred to as “anti-SLAPP” laws — to protect a citizen’s rights to speak freely.  As of February 2021, 30 states and the District of Columbia provide some relief in the form of anti-SLAPP laws.  In some states, defendants can recoup their attorney’s fees if they can prove they have been forced to defend themselves in a frivolous lawsuit.

As we will see, a defendant who faces defamation and business interference claims can disingenuously invoke an anti-SLAPP law, insisting that the plaintiff is merely trying to squelch honest and fair comment. (Keep this in mind:  The free speech guaranteed under the U.S. Constitution protects against government interference or regulation. It does not shield anyone from accountability for their abusive or reckless statements about individuals and private entities.)

Roth and Fernandes claim that in 2016, Sergio Rey, who at the time was a former employee of both WME and A&S, gave Roth photos and videos he took at A&S's facilities. The items purported to depict the improper disposal of hazardous materials. Roth and Fernandes believed the photos and videos were genuine. Rey also provided Roth with a copy of an e-mail from Cory Scott, A&S's vice president of sales and marketing, entitled “Waste in yard.”  Its purpose was to show Scott instructing A&S's employees to move or hide waste before an upcoming inspection by a customer. Rey, with Roth's assistance, took the photos and videos to the Los Angeles County District Attorney's Office.  The men claimed to be concerned about A&S's alleged conduct because the company’s facilities were close to the Los Angeles River.

After not hearing from the District Attorney's office, Roth and Fernandes, in late 2017, decided to take the matter to the public. They created PowerPoint presentations using unaltered versions of the photos and videos Rey gave them and of Scott's e-mail. Roth supplemented this material with public records he found about A&S's supposed past environmental misconduct. The presentations were posted on a website at the address http://stopasmetalrecycling.org. (Note: the site is no longer accessible.) Presumably to beef up the credibility of what they had posted, they placed logos of the District Attorney's Office and the Environmental Protection Agency (EPA) on the last page of one of the presentations.

When A&S first learned about the postings, it sent cease-and-desist letters to the website hosts demanding that the site be shut down. The website complied. However, a few weeks later a second version appeared at the same link.  Again, it included logos of the District Attorney's Office and the EPA.  It had a revised format that allowed visitors to download the PowerPoint presentations and a folder that contained records and litigation filings from commercial disputes in which A&S had been involved. Thereupon, A&S sent another cease-and-desist notice to the website hosts and one to Rey, then believing that Rey was involved in the dissemination of the material. Roth and Fernandes denied any involvement in the creation and dissemination of the website.

With all the responsible parties then unknown, A&S filed an initial complaint in Los Angeles County Superior Court, in May 2018, against so-called “John Doe” defendants, asserting claims based on defamation, intentional and negligent interference with prospective economic advantage, and violation of the state Business & Professions Code.  Three months later, A&S amended its complaint by naming WME, Roth, Fernandes, Rey, and others who allegedly created and published the website.  A&S also added causes of action under the California Penal Code for “conspiracy and impersonation of another on a website to harm, intimidate, threaten or defraud.”  The subsequent filing identified the false, defamatory, and misleading statements on the website, including the following:

A&S claimed that the photos and videos Rey gave to the defendants were staged and that it fired Rey because he had solicited kickbacks from one of its customers on behalf of WME. A&S further alleged that the defamatory statements were directed to its actual and potential customers with the intent of deterring those customers from doing business with it and that the defendants either knew the statements were false or did not take reasonable care to determine the truth or falsity of the statements.

In September, 2018, WME and Roth filed an anti-SLAPP motion seeking to strike the complaint in its entirety, and Fernandes filed a separate anti-SLAPP motion in which he incorporated arguments WME and Roth made in their motion and included additional arguments targeting A&S’s trade libel and conspiracy claims.  The defendants supported their motions with declarations from Roth, Fernandes, Rey, and their legal counsel.

They essentially framed A&S's case as an attack on speech that concerned matters of public interest – the improper disposal of hazardous materials and the health of the Los Angeles River.  They claimed that the website statements A&S identified were non-actionable opinion, that they did not act with knowledge of falsity or with reckless disregard of the truth, and that they lacked the requisite mental state for A&S to succeed on the alleged Penal Code claim.

A&S responded to the anti-SLAPP motion, arguing the defamatory statements did not involve any issue of public interest and, therefore, did not constitute protected speech. To support its opposition, A&S submitted sworn declarations from several individuals, including

Scott.  In his declaration, Scott explained the process by which A&S processed scrap metal for recycling and stated A&S had never illegally dumped hazardous waste nor had ever been found to have done so by the EPA, the District Attorney's Office, or any other agency. He noted the clients and business opportunities A&S lost as a result of defendants' creation of the website.

Scott also explained how Rey likely staged the photos that were posted on the website and detailed why the other photos were false and misleading. As for the e-mail statement attributed to him, he said it was taken out of context; he was only instructing Rey and other A&S personnel to make sure the facility's yard was especially clean prior to an inspection by a potential customer.

Declarations by other individuals presented evidence that the defendants intended to disrupt A&S's relationships with its customers and sought to take those customers away and that existing customers refrained from engaging in further business with A&S. The other declarants also expressly denied defendants' allegations that A&S had engaged in criminal activity.

Under California’s anti-SLAPP law, a lawsuit against a person arising from an expression of his or her constitutional right of free speech on a public issue can be dismissed at an early stage, unless the court determines a likelihood that the plaintiff will prevail on the claim. Free speech includes “any written or oral statement or writing made in a place open to the public or a public forum in connection with an issue of public interest.”

Despite concluding that the challenged statements, involving waste disposal and recycling issues, were matters of public interest, Superior Court Judge William F. Fahey denied the anti-SLAPP motions. For him, the key factor was the likelihood that that A&S would prove its case.  As he saw it, the evidence was sufficient to conclude (a) the challenged statements were demonstrably and provably false and done with malice based on Rey being biased as a disgruntled former employee, (b) the defendants' were motivated to harm A&S's business, and (c) the defendants did not properly vet  the information Rey provided before they relied on it.  In addition, he expressed particular concern about the defendants using District Attorney and EPA logos.

Within days after the ruling, the defendants filed an appeal.  It was unsuccessful.  A three-judge appellate panel concluded that Judge Fahey was correct in denying the defendants’ motions, but for different reasons.

“[W]hile information generally related to the Los Angeles River would concern an issue of public interest, defendants' statements concerning A&S's business practices do not,” the panel wrote.  “[T]he challenged statements relate to A&S's specific business practices, not to the practices of any other company. * * *  The statements are not focused on whether other metal recycling companies generally in the area were complying with governmental requirements or otherwise committing environmental crimes. Further, the statements were made in a commercial context in that A&S and Wilson's Metal were direct competitors, and the contextual evidence reveals defendants directed the statements specifically to A&S's current and former customers and to law enforcement. Defendants also admit that no media coverage resulted from their activities, and they do not contend that any criminal investigation took place.”

Looking at the bigger picture, the defendants did not establish that the challenged statements contributed to the public discussion on the issue of illegal dumping of hazardous wastes. “Simply placing the statements on a website accessible to the public, does not, by itself, contribute to a public debate,” the opinion continued.  “[T]he challenged statements are too tenuously tethered to the issue of possible pollution of the Los Angeles River and illegal dumping of hazardous waste generally and too remotely connected to any public conversation about such issues,” said the justices. “[W]e conclude defendants did not satisfy their burden of showing those statements were protected speech activity connected with a public issue meriting protection under [the anti-SLAPP law].”

With no proof that the defendants’ statements were in the “public interest,” the court did not need to consider whether A&S was likely to prevail on the merits of its claims. A&S was awarded its costs on appeal, and the case has gone back to the trial court for further proceedings.