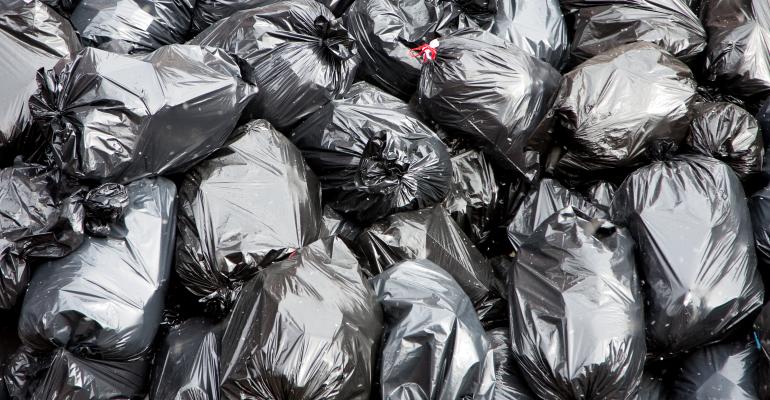 A trial court found Interboro Packaging breached its agreement with the township because the bags it delivered were inferior to the sample bags it initially provided.

In the marketplace, there’s bait-and-switch. In a public procurement, we find misstate and pitch.

To refresh your memory, bait-and-switch is a scam whereby a seller offers goods at a low price with the aim of substituting them with inferior or pricier alternatives. The intention of bait-and-switch is making a customer satisfied with the available stock offered. As we see here, though, local officials flat out rejected the ploy.

In 2013, West Whiteland Township, Pa., located about 30 miles west of Philadelphia, issued a request for proposal (RFP) for 400,000 trash bags for its pay-as-you-throw municipal waste and recycling program. The RFP required the bags to comply with a number of specifications, including capacity (33 gallons), composition (linear low-density 100 percent virgin hexene), color and design (black with specific white printed logo) and thickness (minimum 1.9 mils).

Each bidder was obliged to submit at least 20 sample bags for examination prior to an award of the contract. These bags had to meet the specifications and represent the bags the bidder would supply if awarded the contract. The RFP also allowed the township a 90-day evaluation period to determine the quality of the bags. If the bags did not meet the township's standards and expectations, the contract would be terminated. Any unused bags would be returned at the bidder's expense, and the bidder would be obliged to reimburse the township for whatever it paid for the unused bags.

Four bidders, including Interboro, responded to the RFP. During the bidding phase, Interboro did not try to convince the township that the 1.9 mil specification was thicker than needed, nor did the company disclose that it would provide bags less than 1.9 mils thick. Interboro submitted at least 20 sample trash bags as part of its bid. In addition to the sample bags, it sent the township a "Sample Bag Compliance Letter,” which stated:

All shipments made consistent with the enclosed samples will be deemed in full conformance with bid specifications. We are relying upon approval of these samples for compliance of [our] bid and will ship only such bags, in the specified size/color. Acceptance of our bid shall conclusively constitute approval of the enclosed samples as [in] conformity with bid specifications.

By memo, dated August 27, 2013, addressed to Township Manager Michael Cotter and Finance Director Cathy Kleponis, the Township Purchasing Agent Denise Serino recommended that the Board of Supervisors award the contract to Interboro, the lowest bidder. The contract covered a two-year supply of trash bags: $22,820 in 2013 and the same amount in 2014 for a total of $45,640. The memo indicated that the public works director and assistant public works director had performed rudimentary testing on the sample bags submitted by all bidders, and Serino had recorded the ratings. The purpose of the testing was to ensure a bidder's bags were as good as or better than the bags the township was currently using. Serino took great care to ensure the bags received from each bidder were kept in the envelope in which they were sent and were never mixed with others.

Ultimately, the township awarded the contract to Interboro. On October 1, 2013, Interboro sent a “waiver letter” to the township, seeking its sign off. It acknowledged receipt of the contract and stated that the samples provided during the bidding process would serve as "the benchmark for all tests and future inspections of the quality and strength of the liners provided." The letter further stated:

Upon formal approval of our samples we shall manufacture the bags exactly according to the bid scope, the specified size & color. The purpose of the samples is to test the strength of the bag and the material we are offering.

Notably, the letter also stated that by signing the waiver, the township acknowledged that it

Township Manager Cotter signed the waiver letter on the township's behalf. By doing so, as Interboro interpreted it, the township was now in accord with basing compliance on the sample bags and not on the bid specifications.

Several weeks later, the township and Interboro entered into an Independent Contractor Services Agreement (agreement) which, in part, stated:

In early November 2013, Interboro had its supplier deliver 1,936 cases of trash bags purportedly containing 387, 200 trash bags. Upon arrival of the shipment, Serino immediately noticed that the logo printing was incorrect and that the bags felt relatively thin and more transparent. She informed the truck driver that the township rejected the shipment and noted on the bill of lading "Bags did not meet specs.”

To follow up, the township notified Interboro by letter of its intention to terminate the agreement for default as the delivered bags failed to meet certain specifications, namely composition, thickness and logo placement. The letter also requested a conference with Interboro to discuss methods of remedying the problem.

By letter dated January 10, 2014, legal counsel for the township notified Jeremias that it was terminating the agreement because Interboro failed to satisfy the conditions established during the December 2013 telephone conference.

Thereafter, the trial court held a three-day non-jury trial. Jeremias testified he made the decision to send the township bags less than 1.9 mils thick despite knowing that the RFP specifications called for 1.9 mil thick bags. He claimed that Interboro was justified in delivering 1.5 mil bags because they matched the sample bags previously provided. "[T]he delivered bags were at least as good as those that would actually meet the 1.9 mil . . . specification," he insisted.

The township presented the expert testimony of John Boschuk, Jr., P.E., a forensic engineer, regarding his measurements of the properties of the trash bags supplied by Interboro. He had been provided with 10 bags to test: five Interboro sample bags and five of the bags ultimately delivered to the township. After testing three of the sample bags, he found that they measured, respectively, 1.52 mils, 1.56 mils and 1.53 mils. As for the bags actually delivered, he tested three of them and measured 1.21 mils, 1.29 mils and 1.13 mils. He performed various other industry-standard tests on both the sample and delivered bags, finding that the delivered bags were weaker than the sample bags and that a 1.9 mil trash bag would be stronger than both the sample and delivered bags.

The trial court concluded that, whether or not the waiver letter was enforceable, as Interboro argued, the company would still have breached the agreement because the delivered bags were not as good as the sample bags.

After both sides rested, the trial court ruled in favor of the township on Interboro’s breach of contract claim, finding that the agreement was valid and enforceable and superseded the waiver letter. The court seemed particularly troubled by Interboro having intentionally misled the township about the thickness of the bags from the offer stage of the contract through the attempted cure process. But even if the delivered bags were equivalent to the 1.9 mil specification, the trial judge explained the township had to answer to residents who knew nothing about the properties of a plastic bag or its strength. For that reason, the township believed thickness, which any resident could judge simply by sight and touch, to be an important consideration in its trash bag purchases. The RFP was clear and unambiguous, and the township was justified in expecting bidder compliance with the terms.

As for the township's counterclaim, the trial court determined that Interboro had breached the agreement by failing to deliver bags to the township in compliance with the RFP. Moreover, the trial court determined Interboro "intended to deceive the Township from the inception of the bidding process by knowingly presenting a bid that was based on a cheaper, intentionally non-conforming product to which [it] later attempted in furtherance of its pre-planned scheme, to bind the Township by procuring the signed waiver letter."

The trial court further determined that the township (a) properly rejected the non-conforming bags within a reasonable time (immediately at delivery and again after allowing Interboro a chance to correct its failure) after their delivery and (b) provided the company with the opportunity to remedy the defective delivery either by providing bags that conformed to the RFP or by providing bags that conformed to the sample bags. Interboro failed to make good on its lawful obligations, and the trial court ruled that the township rightfully rejected the bags and was, by law, permitted to cancel the agreement.

The law in most states, including Pennsylvania, allows a buyer in good faith and without undue delay to make any reasonable purchase of goods in substitution for those due from a seller who has failed to perform. In addition, the buyer can recover damages from the seller representing the difference between the cost of the replacement goods and the contract price, plus any incidental or consequential damages.

Here, the trial court determined, Interboro’s breach forced the township to purchase replacement bags from Central Poly at $1,960 more than it would had paid if Interboro had performed as required. The court entered judgment against Interboro for that amount and awarded the township attorney’s fees and costs.