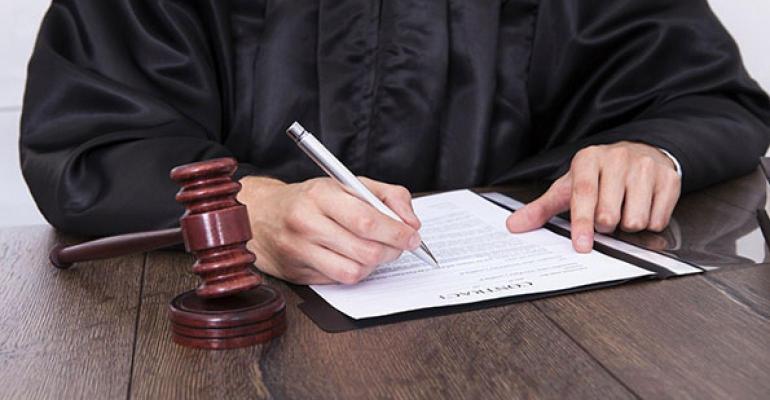 A trial court found that a New Jersey township sought to end an agreement so it could recycle its vegetative waste without dealing with the plaintiffs.

Situated about 40 miles northwest of Newark, N.J., the township of West Milford maintained a vegetative waste recycling center for many years where both the township and its residents disposed of brush, grass and leaves. The center was located on a 10-acre parcel, known as Lot 29, and two adjacent lots.

Scott Ridings is the owner of Triple T Construction and a part owner of Organic Waste Solutions (OWS). Sometime prior to 2010, Triple T acquired Lot 29. In 2010, Triple T and the township signed a three-year lease, giving the township possession of approximately 3.5 acres of Lot 29 and enabling it to continue using the site for vegetative waste. The lease term, retroactive to October 1, 2009, ran to September 30, 2012. The lease required the township to pay a monthly rent of $4,500.

The lease also had a “holdover” provision. Not infrequently, a tenant overstays the lease expiration, sometimes intentionally. For that reason, a holdover clause, which typically provides a hefty increase in rent during the extended period, is an important part of a lease. Here, no such increase was mentioned. In fact, the lease merely stipulated that the township "has no right to retain possession of the Premises or any part thereof beyond the expiration of the term of this Agreement, unless the Parties are negotiating a new lease or lease extension in good faith."

Township residents were allowed to take, without charge, half of the mulch and topsoil produced at the site. OWS had the right to sell or otherwise dispose of the other half of the mulch and topsoil. OWS could accept vegetative waste from contractors and other towns and charge fees for the service. The sublease was particularly attractive because the township was able to pass through to OWS a state-issued exemption allowing composting and recycling of vegetative waste at the site. The sublease termination date coincided with the main lease, and the sublease had an identical holdover provision.

By summer 2012, the parties had begun discussing a new lease. Triple T wanted to increase the rent and extend the terms of the lease. For its part, the township wanted to reduce its rental payments and have a shorter lease term. The talks dragged on, and by September 30, 2012, the parties had not agreed on terms for a new lease. However, for many months thereafter, the parties and their attorneys continued to communicate and exchange proposals. Finally, in July 2013, the township informed Triple T that it would vacate the portion of Lot 29 that it had leased and end their relationship.

The township had continued to pay the monthly rent for October 2012 through June 2013. Triple T accepted and deposited rent payments until April 2013, but it did not cash the monthly checks for April, May or June 2013. By 2014, those checks were stale, so the township nevertheless cancelled the checks for those three months.

Meanwhile, the East Coast had experienced a “raging freak of nature,” which is how National Geographic described Hurricane Sandy when it hit land in October 2012. The storm had a devastating effect within the township where thousands of trees were knocked down. As a result, the township and its residents brought large numbers of trees and significant amounts of other vegetation to the recycling center for disposal and processing. Indeed, the huge increase in the quantity of debris coming to the recycling center was a topic of discussion while the parties tried to come to terms on a new lease.

OWS and a related entity, Organic Waste Systems (OW Systems), sent the township a number of invoices seeking payment for processing the Sandy-related debris. The township did not pay those invoices, but the lease discussions between the parties included speculation that the Federal Emergency Management Agency might pay or reimburse the township. Payment for the Sandy-related services remained a disputed issue when the township terminated the lease and sublease in July 2013.

In March 2014, Ridings, Triple T, OWS and OW Systems filed suit in Passaic County Superior Court against the township, its planning board and two township officials. The complaint contained 20 counts that alleged a number of claims: breach of contract, unjust enrichment, fraud, defamation, extortion, malicious prosecution, mental and physical harm and violations of federal civil rights and the U.S. Constitution.

After the defendants had the case transferred to the United States District Court for New Jersey based on federal issues in the case, they moved for judgment dismissing the majority of plaintiffs' claims. The district court dismissed 17 of the 20 counts alleged by plaintiffs. The remaining claims included only state law issues. Federal judges can hear and decide cases with both federal and state law issues. But when the federal claims are fully resolved and only state issues remain, the judges often decline to deal with the state law claims and remand such cases to state courts. Here, the federal district judge sent the case back to the county superior court for consideration of the three claims: unjust enrichment, negligence and trespass. On motion by the defendants for judgment in their favor, the superior court dismissed the negligence and trespass claims but concluded that a hearing was needed on contested facts in the unjust enrichment claim.

The parties agreed to a non-jury trial, which lasted 12 days. After the evidence was presented, the trial judge found that the township had not negotiated in good faith. The court found that OWS was entitled to damages of $301,500. In calculating the award, the trial judge found that OWS had processed 67,000 cubic yards of Sandy-related debris for which it was entitled to $4.50 per cubic yard. (OWS had used $4.50 on its initial invoices to the township.)

The trial court also awarded Triple T $13,500, which represented the rent payments for April, May and June 2013. The awards were incorporated into a judgment. On appeal, the ruling was affirmed.

Addressing the appellate judges, the township contended that it did negotiate in good faith and, therefore, the holdover provision was triggered, and the terms of the lease and sublease continued to govern the parties' dealings until the lease and sublease ended in July 2013. The township then contended that under the express terms of the sublease, OWS was obligated to accept all debris from the town and its residents without charging any fee. In particular, the township asserted that the lower court failed to identify a standard for what constituted good faith and, as a result, the judgment should be overturned and the case sent back for a new trial. The appeals court disagreed.

The term "good faith" is a common legal term. Under New Jersey law and the law of many other states, good faith performance or enforcement of a contract emphasizes faithfulness to an agreed common purpose and meeting the justified expectations of the other party. As courts cannot spell out every form of “bad faith” conduct, each case must be decided on its own facts.

Did the parties negotiate in good faith on the terms of a new lease or lease extension? As the appeals court saw it, negotiations did occur over the course of months, but the township did not participate fairly, openly and honestly. Based on the credible testimony of the witnesses at trial and other evidence submitted, which included correspondence about the negotiations and minutes of the township's executive committee sessions, the trial court found that from the outset, the township sought an end to the relationship so that it could recycle its vegetative waste without dealing with the plaintiffs.

When parties do not have an express contract governing their relationship, the law provides a remedy based on the notion that justice requires that an injured party be compensated. A plaintiff recovers as if there were a contract between the parties. Otherwise, a defendant might be unjustly enriched. The plaintiff sues, not on the basis of some consensual obligation, but rather based on an obligation imposed by law. To establish its entitlement to pecuniary reward, the plaintiff must show that it expected remuneration from the defendant at the time it acted to benefit a defendant and that for the defendant to retain that benefit without payment would be unjust.

The evidence established that OWS processed a large quantity of Sandy-related debris after the lease and sublease had expired and that it would be unjust for the township to receive that benefit without payment.