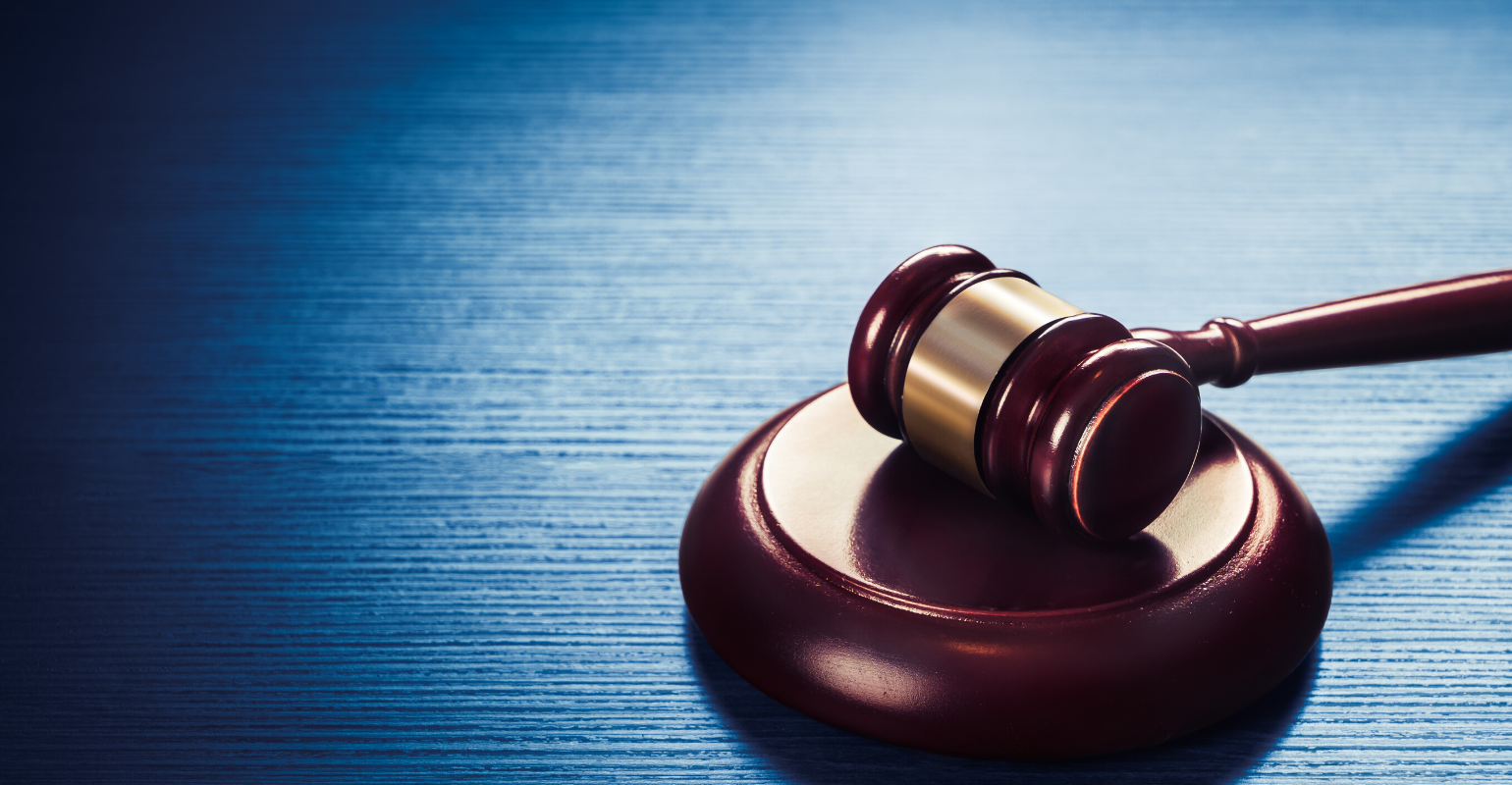 Takeaways from the Senate Hearing on “Responding to the Challenges Facing Recycling in the U.S.”

With COVID-19 taking its toll on recycling, the Senate made an effort to breathe new life into the federal discussion. On June 17, the Senate Committee on Environment and Public Works (EPW) held an oversight hearing on “Responding to the Challenges Facing Recycling in the United States.”

The hearing began with an opening statement from Senator John Barrasso (R-WY), the Chairman of the Committee. He noted that, in the aftermath of the implementation of China’s National Sword policy in 2018, which all but ended imports of recyclable paper and plastics, “local governments have had to decide to increase users’ fees or end, suspend, or scale back their programs.” He also touched on challenges including the prevalence of recyclables ending up in landfills and ongoing concerns related to contamination.

Barasso discussed ways in which both the public and private sectors have responded to the recent challenges. He noted that municipalities have undertaken various efforts including finding new markets for their recyclables, increasing education, investing in new technologies, and in some cases switching from single stream to dual or multiple stream. The Chairman also observed that the private sector has taken steps to boost recycling capacity and that many companies have pledged to use more recyclables in their products or packaging. And, he acknowledged how the COVID-19 pandemic has added new challenges on top of those that already existed.

Ranking member of the Committee Senator Tom Carper (D-DE) offered his own opening statement and said he views recycling as a “win-win-win solution” because it “saves our environment, grows our economy, creates jobs.” But, he acknowledged that it’s not a “silver bullet” solution to all of our waste-management problems.

Senator Tom Udall (D-NM) also addressed the Committee, speaking about current problems related to plastic waste and pollution and his proposed Break Free From Plastic Pollution Act. He submitted a letter from 470 organizations that support the bill.

The first testimony was offered by Bridget Croke, managing director of Closed Loop Partners, an investment firm focused on building the circular economy. She said her firm views National Sword as an opportunity to “accelerate domestic recycling and infrastructure” to keep dollars local. She cited encouraging trends including growing demand from consumer brands and retailers for recycled content, as well as innovations in AI and other technologies that are removing impurities from recycled plastics or otherwise increasing the ability to create new plastics as part of a circular economy. She noted large investments from the likes of Google and Sequoia Capital and shared her view that the circular economy represents “one of the largest investment opportunities in the United States over the next decade” as well as a great creator of jobs. Croke encouraged the Committee to develop “policies that build incentives and spur market demand for recycled content, drive product and system innovation to eliminate waste, and create good jobs to benefit both the economy and the planet.”

Next to speak was Meghan Stasz, vice president of packaging and sustainability of the Consumer Brands Association, a trade association that represents the consumer packaged goods industry. She focused on five challenges: domestic supply shortfalls in recyclable materials; fragmented and confusing recycling systems; the need to figure out what to fund; ensuring every stakeholder is in on recycling; and a lack of reliable and standardized recycling data across the U.S. She concluded that, “Recycling isn’t working as it should. We need the federal government’s help.”

Finally, the Committee heard from Nina Bellucci Butler, CEO of More Recycling, a research and consulting company that promotes sustainable use of the world's finite resources. She noted that, “Until we establish policy that places the cost and benefit of a healthy environment on the balance sheets of companies and countries, we risk further eroding of the infrastructure and the environment on which our children’s lives depend.” She noted the “dramatic energy savings” that come from recycling and cited the example of detergent bottles; using recycled plastics in their creation cuts energy use by 90 percent.

In addition to the oral testimony and subsequent discussion, written statements were also submitted to the Committee by organizations including the Solid Waste Association of North America (SWANA) and The Recycling Partnership.

SWANA’s statement focused on the impact of the COVID-19 pandemic on recycling programs and facilities. Its CEO David Biderman emphasized SWANA’s support for legislative proposals that would provide federal funding and support for local recycling programs, including Save Our Seas 2.0, which the Senate unanimously approved in January. It also urged EPW and others to “hold EPA to its commitment to issue national recycling goals in Fall 2020 and ensure that recycling workers receive appropriate personal protective equipment and priority for COVID-19 testing.”

The Recycling Partnership’s statement addressed the economic value of recycling, described the current recycling challenges facing communities, and recommended actions that Congress can take to help improve the nation’s recycling system. Its vice president for policy & public affairs, Elizabeth Biser, urged Congress to “appropriate $5 million to the EPA to conduct a comprehensive data collection effort that we have termed the ‘2020 Recycling Census.’ That effort outlines the metrics needed to have informed conversations about the state of recycling in the United States, to craft effective solutions for increasing the efficient collection and processing of recyclable materials, to strengthen recycling markets, and to measure the effectiveness and progress of efforts moving forward against a meaningful benchmark.”

Biser also noted that federal support for recycling education and outreach is critical. And, in response to the COVID-19 pandemic, observed that, “We are facing a challenge that requires public, private, and nonprofit partners to work together and transition from simply fixing problems to looking at the possibilities of a circular economy future.”

After the hearing, industry organizations weighed in. Teresa Clark, Sustainability Director of the Environmental Research & Education Foundation (EREF), told Waste360 that, “The hearing brought both moments of confidence and ones of frustration. It would increase the value of these hearings to move away from the aspirational approach and have the focused—sometimes-difficult—conversation on understanding the actual issues and how to implement practical solutions.” Further, “We must all get quickly to a point where we can have candid discussions about the details of the problem, separate out the fact from fallacy, and develop long-term solutions that incorporate existing infrastructure and technology.” And, Clark also noted a need “to separate out the litter problem from the recycling discussion.”

She applauded the discussion around the need for improved standardization and data reporting and urged “more focus and action” in follow up. “As a society, we cannot know if our efforts have been a success or a failure if we did not identify our starting point or understand our current position. EREF has spent decades working in this space to gather this type of data and while the information gaps are very real, there is actionable data and developing programs based on this information.”

Darrell Smith, president and CEO of the National Waste & Recycling Association (NWRA) issued a statement noting that, “As the witnesses testified, the COVID-19 pandemic has revealed a greater domestic appetite and market for recyclable materials to be used as manufacturing feedstock. NWRA agrees that incentivizing use of recyclables is crucial in order to maintain this momentum.” However, “just as important…is ensuring that we have the necessary domestic recycling infrastructure to meet the demand. NWRA continues to call for federal tax credits, waivers, and grants from the Environmental Protection Agency for the private sector to invest in the upgrade of existing and creation of new facilities.”

Christy Leavitt, plastics campaign director for Oceana offered her perspective to Waste360, which praised Senator Udall’s bill but was less optimistic on recycling: “Continuing to rely on recycling to fix the plastic pollution problem is like trying to mop up water from an overflowing bathtub while the tap is still running; we need to turn off the tap and pivot to sustainable alternatives, like reusable and refillable systems.” She said that, “We need a real, meaningful solution now—and it's arrived in the form of the Break Free From Plastic Pollution Act, the first-ever comprehensive federal bill that stops plastic pollution at the source by curbing the production and use of single-use plastic. Our blue planet needs policy-makers' protection more than ever, and Oceana urges Congress to pass this critical legislation before we irreversibly damage the ocean we all depend on for life.”

There is still much work to be done. SWANA’s David Biderman said that, “Although all three witnesses who testified did an excellent job, the EPW Committee didn’t hear from EPA or any of the organizations that have been working closely with EPA on its “America Recycles” initiative, or from any company or agency that actually collects or processes recyclables.”  As noted previously, SWANA submitted a written statement for the legislative record, and anticipates that they will participate more directly in future congressional hearings on recycling.

View the archived video of the hearing here.