Legal: How to Win a Waste Services Contract 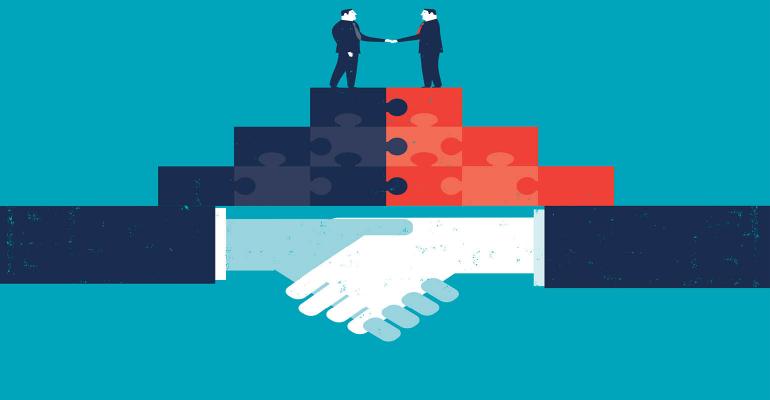 The city of Garfield, N.J., recently gained notoriety by successfully defending a lawsuit brought by a waste hauler that had challenged the city’s right to enforce strict bidding requirements for its collection contract.

Whether your business is waste management or something else, the most obvious lessons are the ones you can least afford to stop learning.

Take, for example, how to win a waste services contract or, for that matter, just about any public procurement. Short answer: Be the lowest responsible bidder, which often means lowest “responsive” bidder.

How do you get there? It helps a lot if you carefully read the bidding instructions and understand what is required of you. Then, you follow up by providing—in substance and form—all that’s asked for. Simple enough, you’d think. But, apparently more than some vendors can handle.

Situated on the Passaic River about 10 miles north of Newark, N.J., the community of East Passaic was first established in the early 1870s. Its name was changed to Garfield, in 1881, to honor the newly elected 20th president of the United States, James Garfield, for whom a nearby railroad station was also named. After only six months in office, President Garfield was assassinated, but his name lived on.

Among the celebrities who have roots in the city are Linda Bove, a deaf actress who for more than 30 years appeared as Linda the Librarian on the children's television program “Sesame Street,” and Wayne Chrebet, a wide receiver who played 11 seasons for the New York Jets.

Garfield recently gained notoriety by successfully defending a lawsuit brought by a waste hauler that had challenged the city’s right to enforce strict bidding requirements for its collection contract.

In 2017, the city published a request for proposals (RFP) for the collection and disposal of solid waste and white goods. The RFP included instructions and detailed bid specifications, including certain forms and documents to be completed and submitted as part of a bidder's response. Bids were due on October 18, 2017, with an anticipated start date two weeks later.

Section 2 of the RFP defined the term "[b]id proposal" as "all documents, proposal forms, affidavits, certificates, statements required to be submitted by the bidder at the time of the bid opening." A "[c]onsent of surety" was defined as "a promissory note guaranteeing that if the contract is awarded, the surety will provide a performance bond."

Section 3.1 required that "[e]ach document in the bid proposal must be properly completed in accordance with [state law]. No bidder shall submit the requested information on any form other than those provided in these bid specifications." (Emphasis added).

Section 4.4 set out the elements of the necessary performance bond:

Section 6.1 enumerated a checklist of bidding documents, which included a "Consent of Surety." The city's required form plainly stated at the top of the page:

To be signed by the surety and by an owner or principal of the bidder, the form recites that the surety company “consents and agrees that if the Contract for which the preceding Bid is made be awarded to the person, firm or corporation making the same, it will become bound as surety and guarantor for its faithful performance, and will execute a Performance Bond in the form annexed hereto, said Bond to be in an amount equal to one hundred percent (100%) of the Contract price for the term of the Contract . . . , and to be conditioned so as to indemnify the [City] against loss due to the failure of the Contractor to meet the stipulations of the Contract, Contract Documents, and the Bond, and to guarantee payment to all persons performing or furnishing labor or materials for performance of said Contract.”

On October 18, 2017, J. Smentkowski, Inc. (JSI) and Sterling Carting, Inc. submitted sealed bids. No other bids were received, and neither bidder requested clarification or objected to the bid specifications. The bids were unsealed and publicly read later that day.

JSI was the low bidder, but its consent of surety did not track the RFP’s language. Instead, it read:

The Platte River Insurance Company as Surety, hereby consents and agrees that if the accompanying proposal of [JSI]

To City of Garfield

be accepted and contract awarded, the said Platte River Insurance Company will become bound as Surety and will execute standard performance and payment bonds in the amount called for by [the City] conditioned for the proper and faithful fulfillment of said contract.

Sterling submitted a protest letter to the city objecting to JSI's bid, alleging that JSI's documents did not comply with the bid specifications. In particular, Sterling noted, JSI's consent did not state that the surety would indemnify the city for loss under the contract and guarantee payments to all persons performing labor or providing materials for the performance of the contract. By contrast, the consent that Sterling provided with its bid (coincidentally also issued by Platte River) recited, word-for-word, the content of the city's form. After reviewing Sterling's protest, the city agreed that JSI's bid was materially defective. It awarded the contract to Sterling as the lowest responsible bidder, stating that JSI’s submission “deviated from the specific submission Bid language requirements, resulting in a substantial Bid deviation and the Disqualification of the [JSI] Bid.”

JSI filed a lawsuit in Bergen County Superior Court seeking to overturn the city's rejection of its bid. After a hearing, the trial judge concluded that the city’s action was neither arbitrary nor unreasonable. She found that the bid was nonresponsive because it did not adhere to the language in the consent of surety form, as prescribed by the city in its bid specifications. From that ruling, JSI appealed.

Under the New Jersey Local Public Contract Law, publicly advertised contracts must be awarded to "the lowest responsible bidder." The state Supreme Court has interpreted this requirement to signify that the contract cannot be awarded simply to the lowest bidder but rather to the lowest bidder that meets the requirements in the bid advertisements and specifications. In short, strict compliance is the rule; a municipality has no discretion to accept a defective bid.

The question before the appeals court was whether the city's bid specification dictating the form of the consent of surety to be submitted with the bid was a “material” condition that, under state law, could not be waived. A specification is “material” if a waiver would (a) deprive the municipality of its assurance that the contract will be entered into, performed and guaranteed according to its specified requirements and (b) adversely affect competitive bidding by placing a bidder in a position of advantage over other bidders or by otherwise undermining the necessary common standard of competition.

“As the contracting unit for this solid waste removal procurement, the City is responsible for delineating the form of the consent of surety that must be furnished by prospective bidders,” the opinion continued. “The City has the authority to mandate the precise language of the form, as it so desires, so long as it is not contrary to the applicable regulations. *   *   *  We note the [state regulations for municipal solid waste collection contracts] contemplate that the local government's ‘contract unit,’ rather than the ‘contractors’ who submit bids, determines the appropriate content of the required consent of surety form.”

The appeals court brushed aside JSI’s argument that it did not materially deviate from the bid specification because its consent of surety promises to furnish "standard" performance and payment bonds. “That vague term does not track the specific promises and indemnification obligations set forth in . . . the RFP,” said the appellate panel. “Indeed, . . . there is no one ‘standard’ form of a performance or payment bond for government contracts in New Jersey [nor] a singular industry standard for such language.”