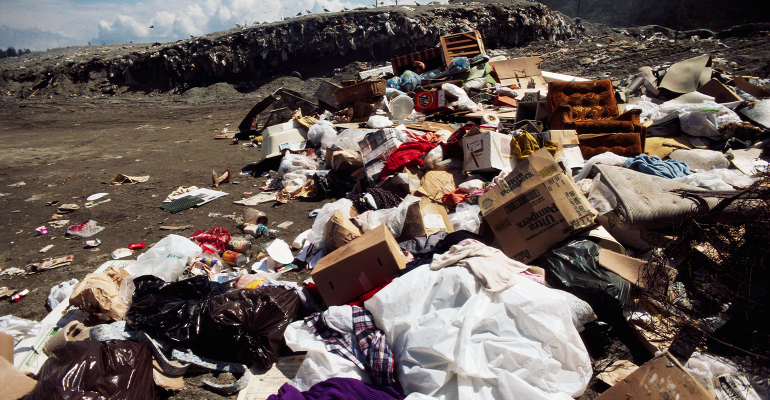 In a movement beginning almost a decade ago and still going strong, states and local governments have filed lawsuits against pharmaceutical companies seeking compensation for having spent untold millions of dollars coping with the opioid crisis.  Based on “public nuisance” laws, these large, consequential and protracted cases appear prominently on court dockets.  For better or worse, the outcomes have varied.

Following a trial in a Cleveland, Ohio federal district court, a jury, last November, found three major pharmacies responsible for an opioid epidemic in two Ohio counties. The counties alleged that the pharmacies "abused their position of special trust and responsibility" as registered dispensers of controlled drugs, and in so doing "fostered a black market for prescription opioids."  The pharmacies "engaged in intentional and/or illegal conduct [that] was a substantial factor in producing the public nuisance," according to a statement by the jury that accompanied its verdict.  Damages will be determined in a separate trial.  For their part, the pharmacies announced they would appeal.

On the other hand, the Oklahoma Supreme Court last year overturned a $465 million judgment against Johnson & Johnson.  The trial judge had agreed with the plaintiffs’ argument that opioid addiction amounted to a “public nuisance” and that J&J played a key part in the crisis. The state high court, however, ruled that public nuisance law does not cover the marketing and selling of prescription opioids.

From the Old French for “harm” or “wrong,” nuisance is defined as an activity or physical condition that is objectionable or offensive to the senses, or interferes with another person's reasonable enjoyment of life or use of property.  According to William Blackstone, an 18th Century English jurist, who is best remembered for writing the Commentaries on the Laws of England, it signifies "anything that worketh hurt, inconvenience or damage."

Under the law in most states, a private nuisance represents a threat to one person or relatively few in number.  By contrast, a public nuisance implicates a common right: offending public morals; obstructing the use of a public place; or endangering or injuring the property, health, safety or comfort of a considerable number of persons. Notably, a public nuisance is subject to abatement or prosecution by governmental authorities. With that background, let’s look at a case involving an all-too-familiar complaint about landfills.

S.A. Dunn & Company (Dunn) operates a landfill in Rensselaer, New York, a community of about 10,000 population located on the east side of the Hudson River, across from Albany. Settled by the Dutch in the 17th Century, the city saw bustling railroad activity in the 1800s. The Bayer Corporation acquired property in 1903, and built the first U.S. factory for the production of its brand-name Aspirin. (Twenty years later, Bayer had lost its trademark in the United States because it had allowed the use of "Aspirin" by other manufacturers without defending its intellectual property rights.)  These days, we find city residents seeking relief from discomfort not at a pharmacy but at the courthouse.

Property owners and dwellers in the city filed a class-action lawsuit on behalf of themselves and "[a]ll owner[s]/occupants and renters of residential property residing within 1.5 miles of the landfill's property boundary," asserting claims for public nuisance and negligence based upon Dunn's alleged failure to contain noxious odors emanating from its facility. Dunn’s attorneys responded with a motion seeking dismissal of the complaint.

In December 2019, the trial judge granted the motion with respect to the public nuisance claim, finding that the complaint "did not allege facts that the harm suffered by plaintiffs as a result of the odors was any different from that experienced by other members of the community.”  However, he denied the part of the motion addressed to negligence, concluding that the complaint alleged a legitimate claim for so-called “stigma” damages – that is, purchasers will be reluctant to pay fair market value for the plaintiffs’ properties or will simply refuse to buy the properties even after the adverse conditions are gone.

To correct the defect, the plaintiffs amended their complaint.  This time they charged that the noxious odors had "interfered with the exercise of the general public's rights to breathe clean and/or uncontaminated air."  In particular, they added that the class members had "suffered a discrete violation of their property rights, separate and apart from the interference with the right(s) common to the general public" insofar as the odors were substantially interfering with the "use and enjoyment of their properties," and, as a result, their property values had suffered.  Moreover, the plaintiffs stated that the odors permeate the air of local schools and also affect "guests, lodgers and minor children" in ways that do not affect those individuals’ property rights.On the basis of the revised allegations, the trial judge, in June 2020, denied Dunn’s motion to dismiss the public nuisance claim.

On appeal, the issue was whether the trial court was wrong in allowing the negligence and revised nuisance claims to proceed.  Business organizations and the waste industry evidently believed the stakes were high. Both the U.S. Chamber of Commerce and the National Waste & Recycling Association weighed in with a friend-of-the-court brief supporting Dunn.

By a 4-1 margin, an appellate panel accepted Dunn’s argument that private individuals cannot recover damages for a public nuisance without identifying an injury that distinguishes them from the general public and that the plaintiffs failed to do so.  “In so finding, we are not minimizing the significance of plaintiffs' complaint as to the impact of noxious odors on a property owner's ability to use and enjoy his or her property, but conclude that the available remedy must be through effective governmental compliance and enforcement measures,” the majority opinion said. “Governmental enforcement is particularly apt for such a highly regulated activity as operating a landfill.”

“There is no dispute that noxious odors emanating from the landfill may qualify as a public nuisance insofar as they interfere with a common right of the public to clean and fresh air,” the majority wrote.  “The dispute centers on whether plaintiffs have sufficiently alleged a special injury different from the ‘community at large’ – an inquiry that necessarily requires a determination of the relevant scope of that community.”

The plaintiffs argued that the relevant community is all members of the public who come into contact with the noxious odors.  Using this reference, individuals can encounter the odors at work, school or recreational activities but their properties are unharmed, which leaves property-owner plaintiffs with a special injury that is categorically different from how the general public is affected.

Dunn answered that the meaning of "community at large" must be pegged to the property-rights injuries alleged in the amended complaint. Thus, the injuries suffered by the class members must be compared to what other nearby property owners and renters endure.  If both groups experience the same harm, so the argument goes, then the class members have not suffered a special injury.

While acknowledging a number of federal court decisions that had adopted an expansive definition of “community at large” when assessing the viability of public nuisance claims brought by private individuals, the panel majority dutifully bowed to precedent established by the state’s highest court:  Private business owners and residents cannot maintain an action for public nuisance if the loss or injury they suffered was no different from that of every individual who came into contact with the conditions.

“This [intermediate appeals] Court . . . has applied the more limited approach . . . to define the relevant community, holding that a group of plaintiffs – who  were residents of properties within two miles of a speedway – could not maintain an action for public nuisance to abate the noise generated therefrom since the injuries alleged were the same as those suffered by the ‘relevant’ community at large, which consist[ed] of those persons residing within a two-mile radius of the [s]peedway,” the majority opinion continued.  “[N]oise and smell would permeate the senses of anyone within close proximity of a speedway or a landfill, and yet the ‘relevant’ community was limited to residents and not the general public.

“[P]laintiffs here have not asserted an injury that is different in kind from the relevant community at large, which, in our view, consists of the other homeowners and renters impacted by the landfill's odors,” the majority said.  “[P]laintiffs assert that the noxious odors emanating from the landfill have interfered with their ability to use and enjoy their properties and have resulted in a diminution in their property values. This alleged harm is essentially the same for all of the residents in the nearby vicinity of the landfill - i.e., the community at large.”

As for the plaintiffs’ negligence claim, the panel majority gave it short shrift.  “To recover in negligence, a plaintiff must sustain either physical injury or property damage resulting from the defendant's alleged negligent conduct.  *  *  *  Economic loss alone will not suffice,” the majority continued.  “Although defendant undoubtedly owes surrounding property owners a duty of care to avoid injuring them . . . [and] plaintiffs allege that the noxious odors have physically ‘invade[d]’ their properties, substantially interfering with their use and enjoyment thereof and diminishing their property values . . . the noxious odors at issue are transient in nature and do not have a continuing physical presence. Moreover, plaintiffs have not alleged any tangible property damage or physical injury resulting from exposure to the odors.”

In a forceful dissent, Justice Sharon A.M. Aarons stated that the claims for negligence and public nuisance were well-supported by the plaintiffs’ assertions.  As she saw it, the trial judge ruled correctly.

On the negligence claim, she brushed off the defendant’s characterization of the situation as “a fleeting condition or transient odors that last only for a few moments,” citing the plaintiffs’ plainly stated allegations – that the deposited materials in the landfill subsequently "decompose[d] and generate[d] . . . landfill gas,” that “more than 150 households have contacted plaintiffs' counsel about the odors emanating from the landfill, and that, as a consequence of defendant’s negligently operating and maintaining the landfill, the plaintiffs’ respective properties, "on occasions too numerous to mention, ha[ve] been invaded by noxious odors” and otherwise damaged.

She noted that ”[t]he injuries allegedly suffered by plaintiffs as part of their public nuisance cause of action relate to their homes and their use thereof.”  Moreover, as the amended complaint alleges, these injuries are “particular to them and the proposed class and not suffered by others in the community,” she added.