How the Texas Supreme Court Nixed an Anti-litter Ordinance 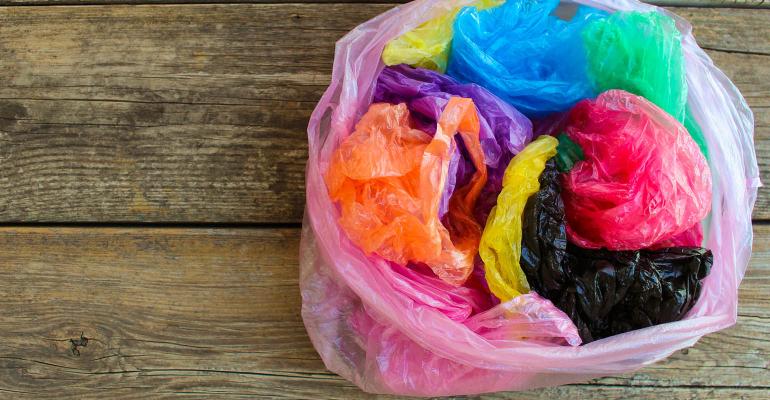 Noting a “roving, roiling debate over local control of public affairs,” the Texas Supreme Court struck down a municipal anti-litter ordinance that would have prohibited merchants from providing single-use plastic bags.

Filling a judicial seat these days, particularly on the Supreme Court, precipitates ominous forecasts about the transformation of American life for a generation or more. How is it that a single appointment has become so consequential?

One reason is that courts insert themselves into social and political issues that ought to be resolved by the political process. A century ago, Supreme Court Justice Louis Brandeis said that “the most important thing we do is . . . not doing.” Whether or not it had in mind Brandeis’ notion of judicial restraint, a state high court recently took a decidedly hands-off approach to a hotly contested public policy issue.

Noting a “roving, roiling debate over local control of public affairs . . . [f]rom public education to immigration policy to fracking to shopping bags,” the Texas Supreme Court struck down a municipal anti-litter ordinance that would have prohibited merchants from providing "single-use" plastic and paper bags for point-of-sale purchases.

As part of its strategic plan to create a trash-free community, to promote city beautification and to reduce the effects of improper stormwater drainage due to “obstruction by litter from checkout bags,” the city of Laredo (population 236,000) adopted an ordinance aimed at one-time-use bags.

To discourage use of these bags, the ordinance made it unlawful for any "commercial establishment" to provide or sell certain plastic or paper "checkout bags" to customers. The ordinance applied to businesses that sell retail goods to the general public and included a retailer's employees and associated independent contractors. A violation would have been punishable as a misdemeanor with a fine of up to $2,000 per violation.

Shortly before the measure’s effective date, the Laredo Merchants Association sued the city to forestall its enforcement. The group believed it had a straightforward, compelling legal justification. According to the state constitution, no municipal ordinance can conflict with the “general laws enacted by the Legislature of this State.” Among those laws is the Texas Solid Waste Disposal Act (Act), which provides that "[a] local government . . . may not adopt an ordinance . . . to . . . prohibit or restrict, for solid waste management purposes, the sale or use of a container or package in a manner not authorized by state law.”

Each side filed a motion for summary judgment in its favor. The city argued that the Act does not clearly and unmistakably preempt a municipality from banning single-use bags. For its part, the merchants argued that the “plain and ordinary meaning” of the state law precisely fit what the city was attempting to do.

A trial court upheld the ordinance, but a divided court of appeals reversed, holding that it was preempted by the state solid waste law. The state high court, which could have refused to consider the case, accepted it for review because of the prominence of the issue: similar ordinances had been enacted by a number of municipalities.

The high court took pains to express its conclusion—a 19-page main opinion with a whopping 78 footnotes, accompanied by a concurring opinion by two justices with 33 footnotes.* To illustrate the significant and sharply contested issue, besides the main briefs filed by the parties, the justices received 19 friend-of-the-court briefs from individuals, public officials, municipal organizations, business interests and environmental groups. Viewed as a whole, these supplementary briefs contained every conceivable public policy argument on both sides of the debate.

“But those arguments are not ours to resolve,” said the justices in their opinion. “We must take statutes as they are written, and the one before us is written quite clearly. Its limitation on local control encompasses the ordinance.”

As a home-rule municipality, the city has all the powers of local self-government and thus need not look to the state legislature for grants of authority. However, Texas lawmakers can limit or withdraw that power by general law if they express a restrictive intent with “unmistakable clarity.”

“In this case, legislative intent in the Act to preempt local law is clear,” the opinion said.

“The Ordinance's stated purpose and its intended effect are to control the generation of solid waste by reducing a source of solid waste on the front end so those single-use materials cannot be inappropriately discarded on the back end.  *  *  *  But, the City argues, the Ordinance has other, independent, and distinct purposes for prohibiting the provision of single-use bags, such as preventing sewer blockages and flooding, promoting beautification, ameliorating the economic impact of this particular form of litter, and protecting water and wildlife. All of these salutary objectives pertain to the ancillary effects of reducing the generation of solid waste, which is a solid waste management purpose.”

As neither "container" nor "package" is defined in Texas law, the court began by looking to the words' ordinary meanings. According to the New Oxford American Dictionary (third edition 2010) a "container" is "an object that can be used to hold or transport something. The ordinance itself repeatedly characterizes bags as containers. “The only reasonable construction of the Act that accords with the statute as a whole is one that affords the terms container and package their ordinary meanings,” the opinion continued. “The Act preempts local regulation … when the manner is not authorized by state law. Manner is how something can be done, not merely if it can be. *   *   *  The clear, stated intent of the Act is to control the manner of regulating the sale or use of containers or packages for solid waste management purposes.”

Although the decision was unanimous, the 10-page concurring opinion by two justices is remarkable for its copious illustrations of Texas-specific plastic bag pollution and for its call to action:

“The compelling public policy arguments advanced by both sides of the debate are acutely legislative concerns and, as such, are constitutionally removed from judicial purview. Even so, these complex public policy determinations have important ramifications for the environmental legacy the next generation will inherit. And allowing plastic debris—bags, Styrofoam cups, water bottles, and similar pollutants—to migrate unchecked into the environment carries grave consequences that must not be ignored. Though [we] join the Court's opinion, [we] write separately to highlight the urgency of the matter.  As a society, we are at the point where complacency has become complicity.

“[We] urge the Legislature to take direct ameliorative action or . . . create a specific exception to preemption of local control. Standing idle in the face of an ongoing assault on our delicate ecosystem will not forestall a day of environmental reckoning—it will invite one.”

* Fordham University political scientist Robert Hume has suggested that a decision “backed with references to cases, statutes and other materials is likely to appear more important than a [decision] that is less well defended. Large quantities of supporting evidence signal to other judges that the outcome endorsed by a court is well grounded in legal authorities.”